Traveling from Los Angeles to New York City in under 2-hours could be a possibility in the future, with this Super MagLev train, developed by a researcher in China – the current fastest passenger-carrying train, Shanghai Maglev Train, only reaches a high speed of just 268 mph. By placing this train in a vacuum tube, the researcher eliminated speed limitations imposed by air resistance on regular maglev trains. Continue reading for another video, one more picture and additional information. 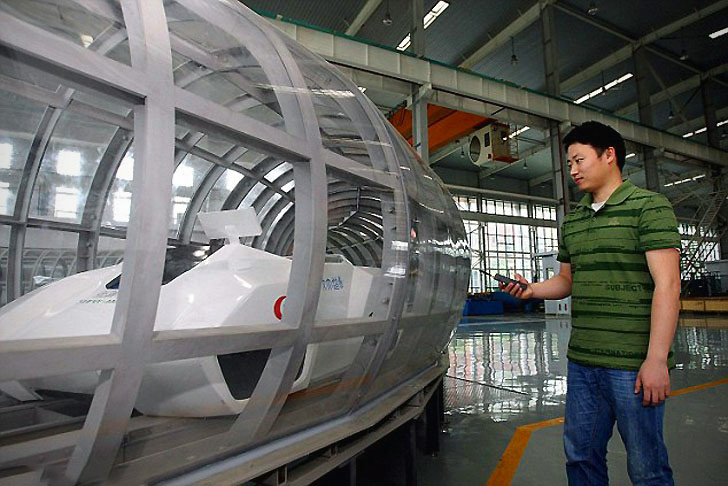 “With regular maglevs, more than 83 percent of traction energy is wasted through air resistance at speeds higher than 400kph (250mph). Dr Deng Zigang, associate professor of the Applied Superconductivity Laboratory at Southwest Jiaotong University, developed a tube that lowers air pressure in the running environment to 10 times less than normal. According to Dr Zigang, the ETT (Evacuated Tube Transport) systems might allow HTS Maglev trains to reach speeds of up to 1,800 mph. The technology could be first applied in military and space launch systems,” reports Inhabitat.