The North American Aviation XB-70 Valkyrie is the prototype of the B-70 nuclear-armed, deep-penetration strategic bomber for the U.S. Air Force’s Strategic Air Command. The XB-70 is a large, six-engined aircraft capable of reaching Mach 3+ while flying at 70,000 feet. At these speeds, it was expected that the B-70 would be almost immune to interceptor aircraft, the only effective weapon against bomber aircraft at the time. Continue reading for more interesting facts. 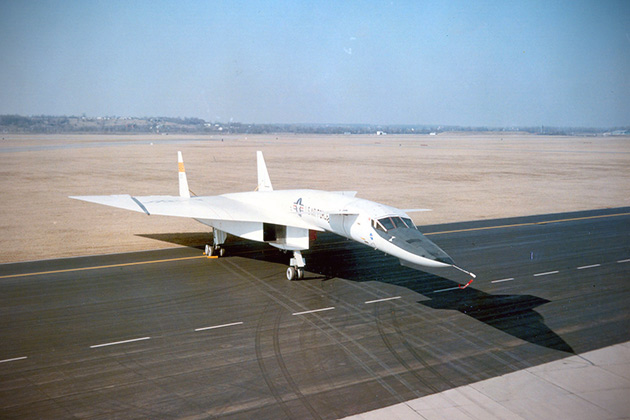 The XB-70s were intended to be used for the advanced study of aerodynamics, propulsion, and other subjects related to large supersonic transports. The crew was reduced to only the two pilots, as a navigator and a bombardier were not needed for this research role.

4. First Prototype Completed in May 1964 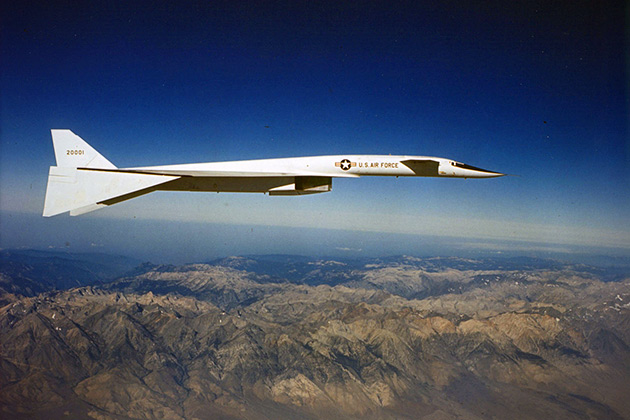 The original production order from March 1961 was three prototypes, with the third aircraft to incorporate improvements from the previous prototype. The order was later reduced to two experimental XB-70As, named Air Vehicle 1 and 2 (AV-1 and AV-2). XB-70 No. 1 was completed on May 7, 1964, and rolled out on May 11, 1964 at Palmdale, California. 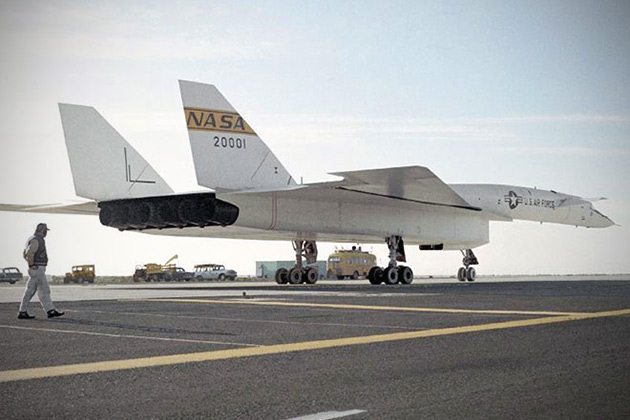 The Valkyrie was designed to be a high-altitude Mach 3 bomber with six engines. Harrison Storms shaped the aircraft with a canard surface and a delta wing, which was built largely of stainless steel, sandwiched honeycomb panels, and titanium. 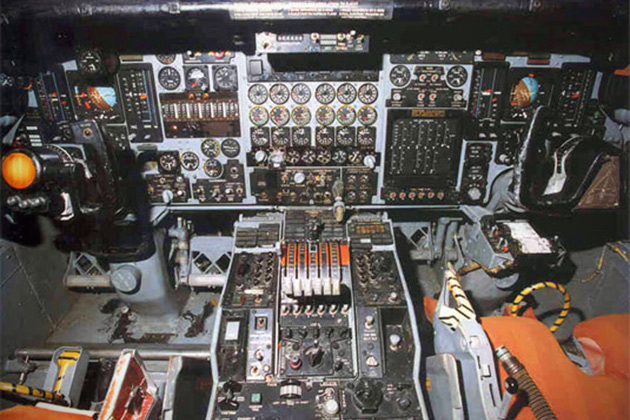 The XB-70 used compression lift, which was generated from a prominent wedge on the splitter plate at the center of the engine intake ramps that created a shock wave below the aircraft. The wing included inboard camber to more effectively use the higher pressure field behind the strong shock wave. The compression lift increased the lift by five percent.

The XB-70 was equipped with six General Electric YJ93-GE-3 turbojet engines, designed to use JP-6 jet fuel. The engine was stated to be in the “30,000-pound class”, but actually produced 28,000 lb-ft with afterburner and 19,900 lb-ft without afterburner. The Valkyrie used fuel for cooling; it was pumped through heat exchangers before reaching the engines.