In Supreme’s fall / winter 2019 catalog, you’ll find a “burner phone” manufactured by Blu. It drops on August 22nd, and unfortunately, there’s no smart functions at all on the device. This 3G only mobile phone features a 2.4-inch screen, 128MB of internal storage, a 16GB memory card, and yes, there’s even a built-in camera. Read more for another picture and additional information. 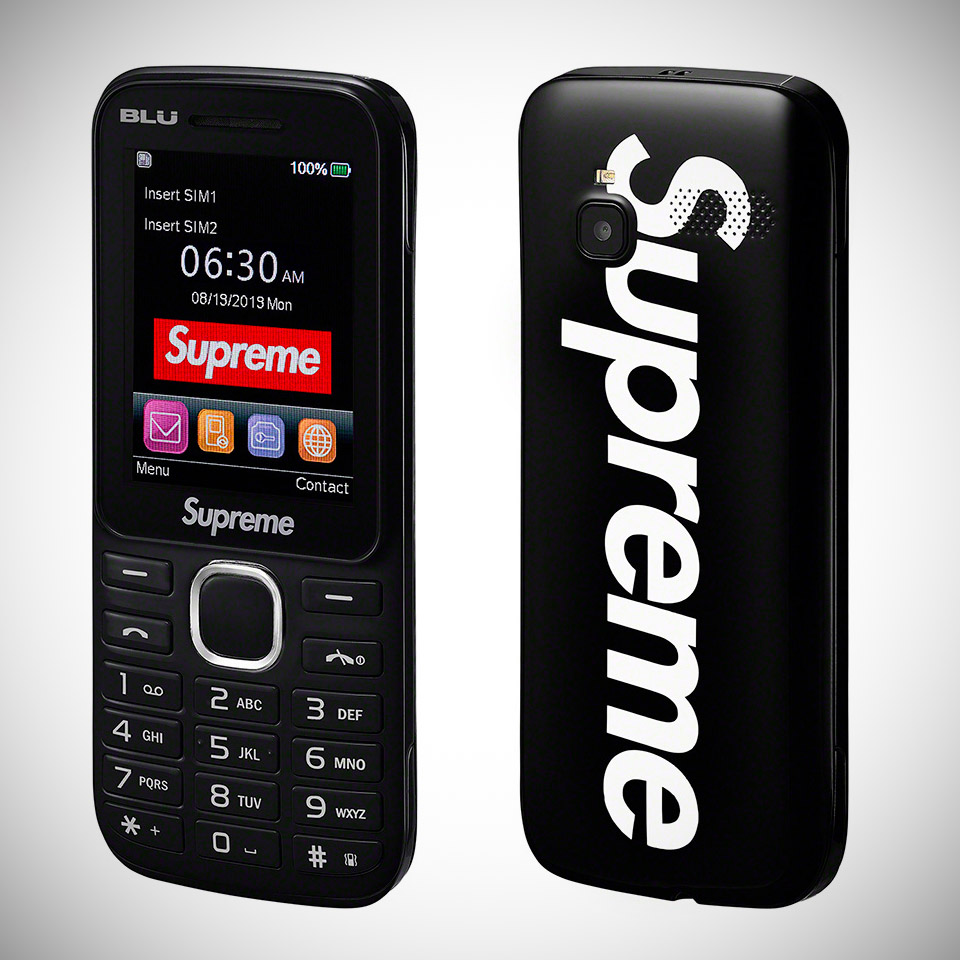 No price was announced, but considering it’s based o Blu’s Zoey 2.4, which normally retails for $33 unlocked, we wouldn’t be surprised to see it costs ten-times as much, purely for the branding. In comparison, a Supreme brick – yes those used to build homes – now retails for $1,000, and a Supreme dog bowl will set you back a whopping $650. So, would this mobile phone be considered expensive at $300+? If it’s limited and a collector’s item, probably not.