Microsoft’s Xbox One (yes, it’s in stock here) may have already sold millions of consoles worldwide and be a runaway success, but there’s also a dark side. Nineteen-year-old Peter Clatworthy wanted to surprise his son with a brand new console for Christmas. So, he splurged and spent $740 on eBay thinking that a fresh Xbox One was going to arrive on his doorstep. Unfortunately, he only received a photograph of one. Despite the listing stating it was a photo of an XBox One Day One edition console, Mr Clatworthy said he’d expected to receive the console as it was listed in the video games and consoles category on eBay. Continue reading to find out what happened afterwards and for a video review of the real Xbox One. 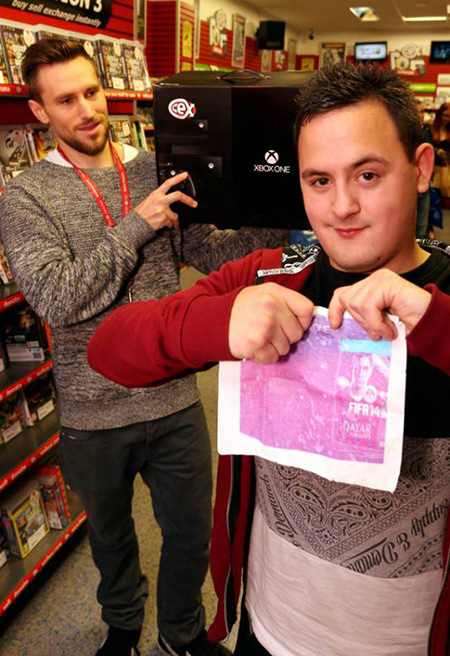 Metro.co.uk says “the teenager, from Bilborough, Nottinghamshire, was given a full refund by eBay but still lamented that Christmas wasn’t going to be Christmas without an Xbox One. But now a CEX outlet in Nottingham has stepped in and gifted him the video games system, which is sold out in the UK.”

Photographer Captures Friendship Between Real “Fox and The Hound”, These 17 Pictures Ensued