Set for early release August. 31 stateside where theater reopenings have already begun, Christopher Nolan’s is arguably the year’s first blockbuster film. The director took over five years writing the screenplay after deliberating about TENET’s central ideas for more than a decade. Casting began in March 2019, and principal photography took place in Denmark, Estonia, India, Italy, Norway, the UK, and the United States, starting in May 2019 in both 70 mm film as well as IMAX. Read more for the final trailer and additional information.

Writer and director Christopher Nolan came up with the ideas behind Tenet over a span of 20-years, and title is a palindrome, which means it reads the same backwards as forwards. Special effects supervisor Scott R. Fisher viewed multiple World War II movies and documentaries to find reference points for realism. Theoretical physicist Kip Thorne, who worked with Nolan on Interstellar (2014), also came on board to consult on time and quantum physics. 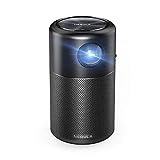