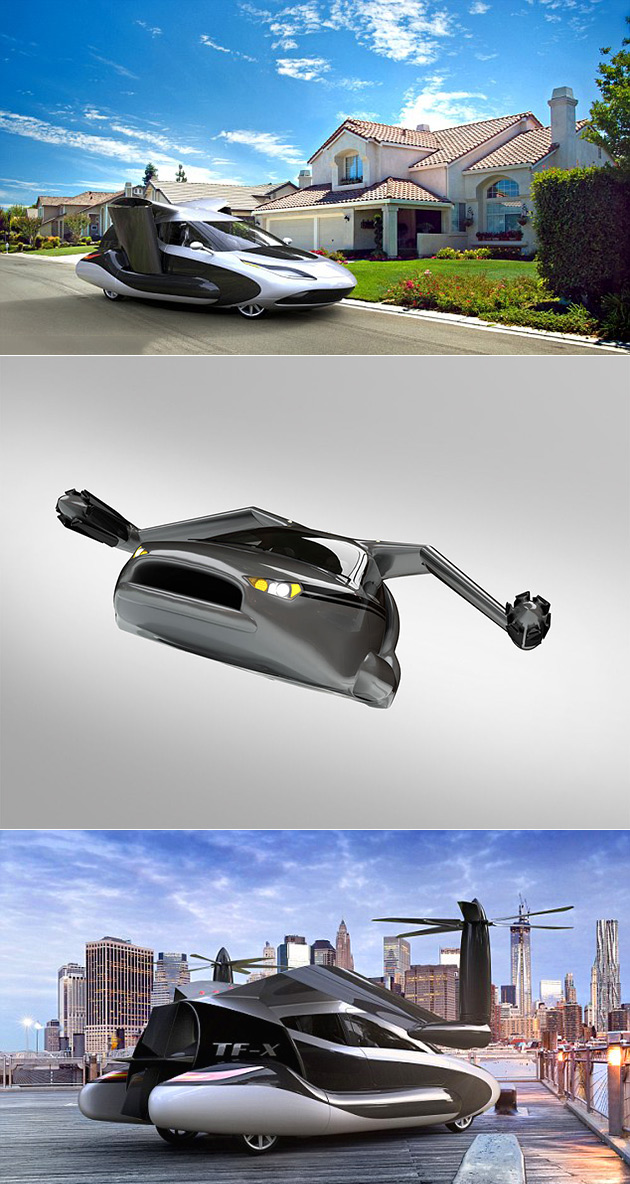 Terrafugia’s flying car designs have been in development for quite some time (2006), but their latest model, the TF-X, has just received FAA approval. Featuring fold-out wings and helicopter-like rotor blades, the semi-autonomous TF-X has a cruising speed of around 200mph, powered by a 300-horsepower engine. The company is hoping that its full-sized unmanned prototype, with a 4-person capacity and 500-mile range, will be ready to hit the skies by 2018. “The TF-X operator will have final say over whether an approved landing zone is actually a safe place in which to land, and they may abort the landing attempt at any time,” said a representative. Click here to view the first image in today’s viral picture gallery. Continue reading for the five most popular viral videos today, including one of five simple science experiments you can try at home today.

5. Simple Science Experiments You Can Try at Home

3. Why the SkySlide is Dangerous for Some People