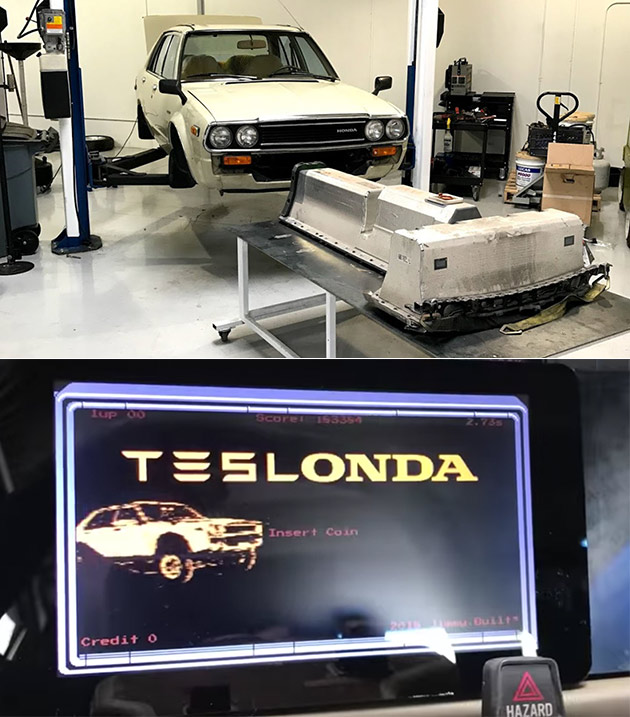 Unless your 1981 Honda Accord has some major modifications, it probably can’t do 0-60 in 2.7-seconds, that is unless…you’re talking about Jim Belosic’s vehicle. He took the drivetrain of a Tesla Model S P85, and installed it in his Accord, with the result being a 536-horsepower frankencar called the Teslonda. For the setup to work, Jim had to source a 436-pound battery pack from a Chevrolet Volt for the engine bay. Since the Model S drivetrain was rear-wheel-drive, he also had to source the front steering and suspension parts from Ford models between 1928 and 1941. Click here for the first image in today’s viral picture gallery. Continue reading for the five most popular viral videos today, including one of a solar-powered boat.

2. Why Stradivarius Violins are Worth Millions

1. Glow Sticks in the Microwave