If looks could kill, this zombie-fighting Maybach Exelero definitely takes the cake. In addition to the 700-horsepower V12 engine, this car has been completely revamped to include tank tracks on the rear wheels, thick armor plating covering the passenger compartment, as well as a multipurpose bull-bar up front. Weapons wise, it boasts a hood-mounted cannon, two rear machine guns, and even a rocket launcher. Now the only problem we foresee is running out of fuel and / or ammunition. Continue reading for more cool gadgets and items. 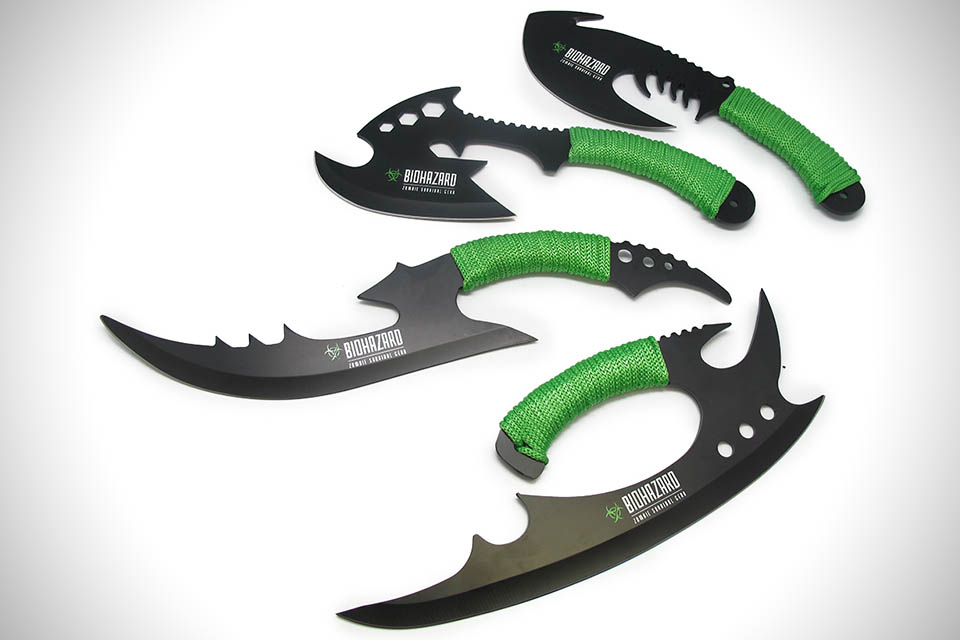 When you’re being chased after by zombies, the next best alternative to a firearm, would probably be the Biohazard Zombie Hack N’ Slash knife it. This set features 4-different blades – Lilith’s Kiss, Quick Kill, Bloodline and Hexad – made from black stainless steel constructed, complete with a zombie green nylon wrapped handle and black nylon sheath. 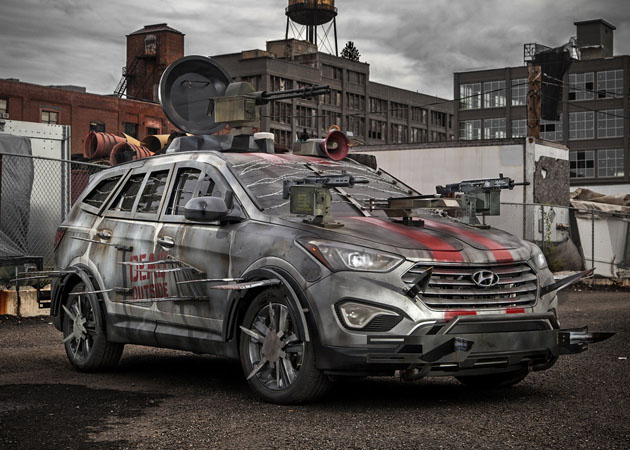 Anson Kuo conceptualized Hyundai’s zombie-fighting vehicle using The Walking Dead Chop Shop configurator app, and to make it a reality, the automaker teamed up with Galpin Auto Sports. It’s been equipped with everything one needs to take out an entire army of the walking dead, including an automatic crossbow, several machine guns, massive knife blades, aluminum armor, razor wired windows, and even a samurai sword. 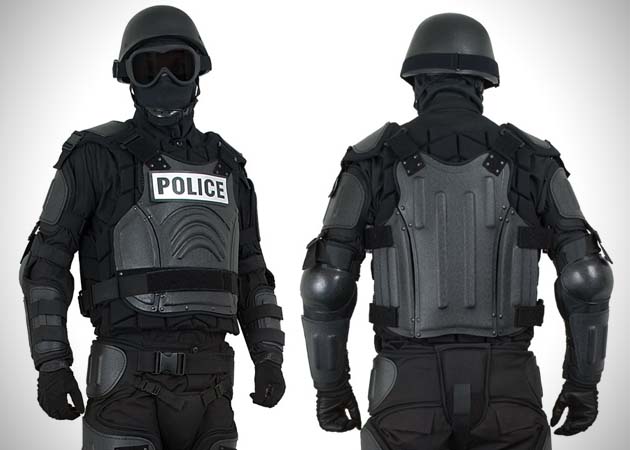 Weapons can only go so far, before one of the undead sneaks up on you, and that’s where the FX1 FlexForce comes in. Users will be protected by a front and back modular hard shell panel system that allows for easy fitment as well as mobility for all shapes and sizes. Its flexible forearm guard make fending off biters easier than ever to boot. 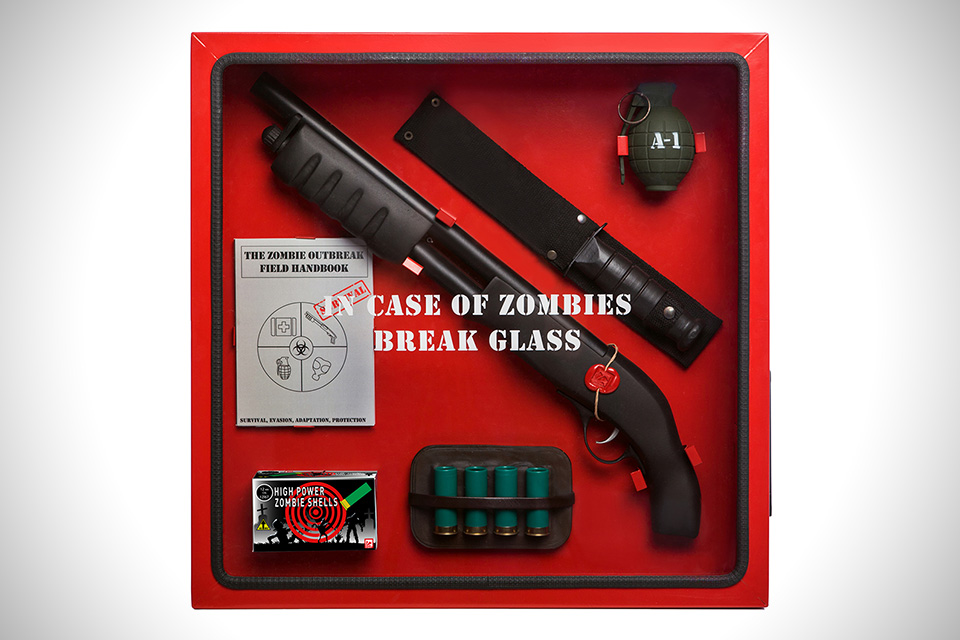 Created by the team at “In Case Of,” this emergency kit includes all the different weapons and essentials one may need to fight off an entire horde of zombies. Unfortunately, you’ll still have to scavenge for food and water after blasting away anything that stands in your fight for survival. 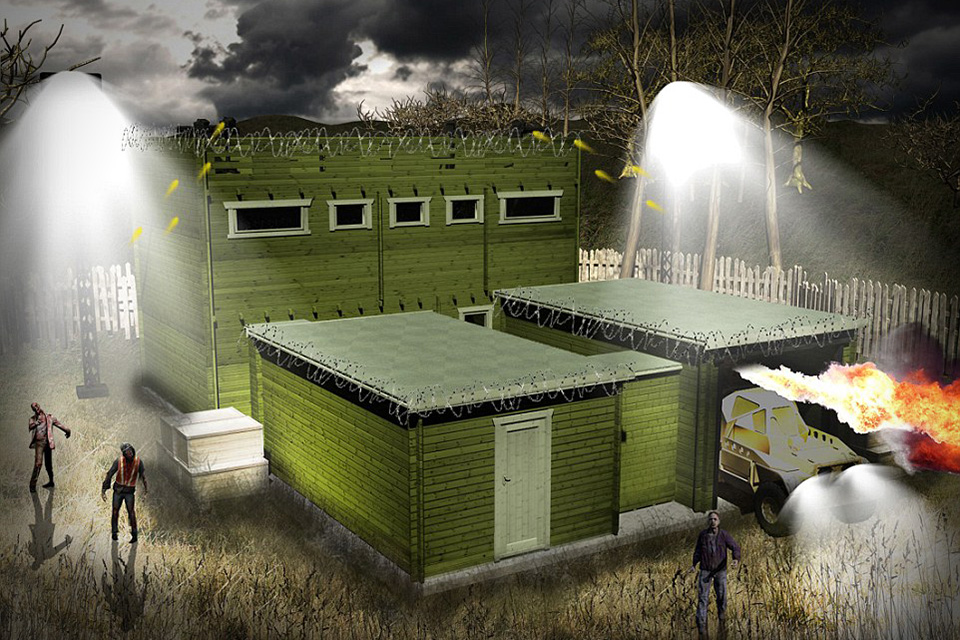 Even with all the weapons in the world, you’ll still need a safe house for when the zombies come knocking, and the Zombie Fortification Cabin should definitely do the trick. Featuring re-enforced slit windows / walls / doors, a barbed wire roof, a weapons arsenal storage unit, escape hatch, and an upper deck with a 360° vantage point. If an extended stay is required, there’s a garden area to grow your own fresh veggies.

Raspberry Pi 2 is a Pocket-Sized Computer, Get the Starter Kit + Edimax WiFi for Under $65 Shipped – Today Only