For the record, the longest unambiguously documented human lifespan is that of Jeanne Calment of France (above) – lived from 1875-1997 – who died at age 122 years, 164 days. Believe it or not, she even met Vincent van Gogh when she was 12 or 13. This led to news media attention in 1985, after Calment turned 110. The longest undisputed lifespan for a male is that of Jiroemon Kimura of Japan (1897-2013), who died in June 2013 at age 116 years, 54 days. He was also the world’s oldest living person from December 2012 until his death. Continue reading to see five of the last known living humans as of today. 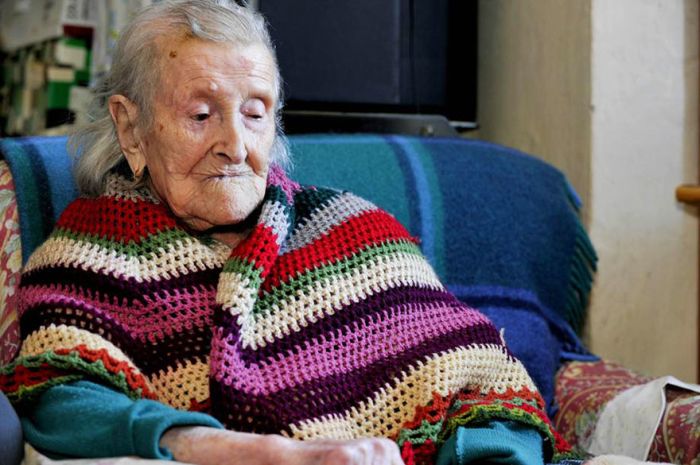 Emma Morano is an Italian supercentenarian who is, at the age of 115 years, the oldest living person in Italy and Europe, and the fifth-oldest living person in the world. She is the oldest person ever to live in Italy and second oldest Italian person ever behind Dina Manfredini. She was born in Civiasco, Vercelli, Piedmont, Italy to Giovanni Morano and Matilde Bresciani, the eldest of eight children, five daughters and three sons. She had a long-lived family: her mother, an aunt and some of her siblings turned 90 and her sister, Angela Morano (1908-2011) died at 102. Morano was still living alone in her home on her 115th birthday. When asked about the secret of her longevity, she said that she had never used drugs, eats three eggs a day, drinks a glass of homemade brandy, and savors a chocolate sometimes, but, above all, she thinks positively about the future. 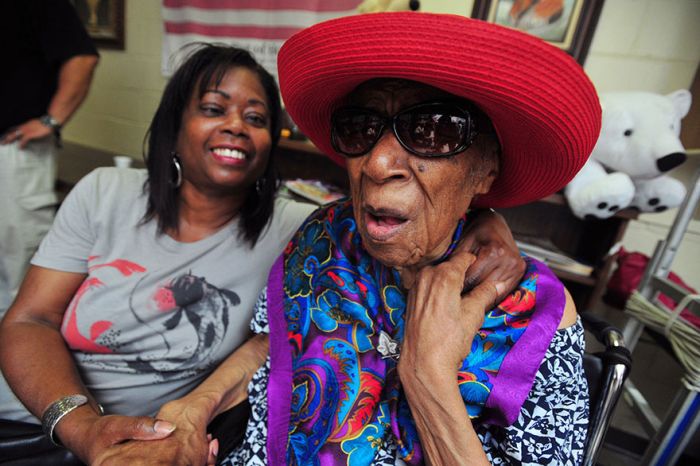 At 115-years-old, Susannah Mushatt Jones is a supercentenarian who has received tributes from the United States House of Representatives and from the Alabama House of Representatives “for a remarkable lifetime of exceptional achievement lived during three centuries”. Her parents were sharecroppers who farmed the same land as her grandparents (one an ex-slave). As a young woman, she worked in fields but she was determined to escape that hard existence. On March 4, 1922, she graduated from the Calhoun Boarding High School and the graduation roster recognized her for studying “Negro Music in France”. After graduation she wanted to become a teacher and was accepted to Tuskegee Institute’s Teacher’s Program. However, her parents did not have enough money to pay for her college, so in 1923, she moved to New York during the early stages of the Harlem Renaissance. 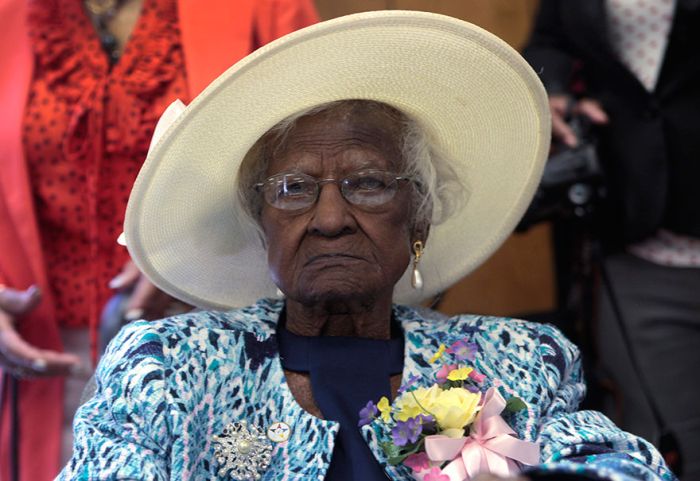 Jeralean Talley is a 115-year-old supercentenarian who was born in Montrose, Georgia on May 23, 1899. One of 11 siblings, she spent her early years living on a farm picking cotton and peanuts and digging sweet potatoes out of the ground. She moved to Inkster, Michigan, in 1935, and has lived there since. A year later, she married Alfred Talley (January 30, 1893 – October 17, 1988) and had one child, a daughter, Thelma Holloway, born in 1937. Jeralean and Alfred were wed for 52 years before he died in October 1988, at the age of 95. She has three grandchildren, 10 great-grandchildren, and 4 great-great-grandchildren. 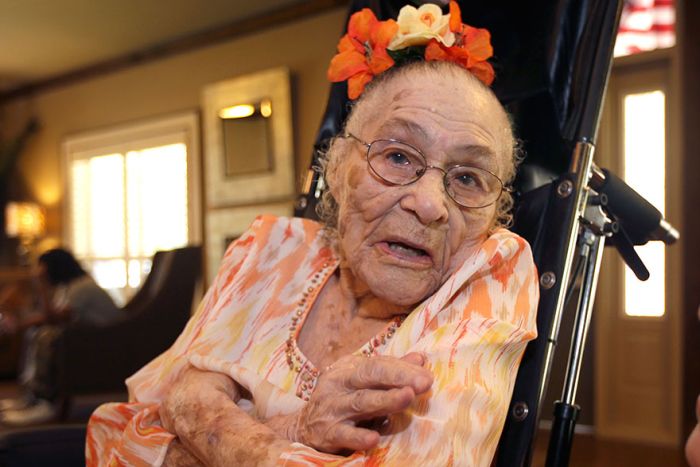 Gertrude Weaver was born in Arkansas near the border with Texas to Charles Gaines (b. May 1861) and Ophelia Jeffreys (b. December 1866), who were sharecroppers, and at the age of 116 years, she’s the oldest person in the United States. She married on July 18, 1915 and had four children. At the time of her 116th birthday one son, Joe, was still alive at age 93. At 104, she moved to the Camden nursing home after she broke her hip. With rehabilitation, she recovered from her broken hip and was able to move back to her home with the help of her granddaughter. At 109, she returned to the nursing home, Silver Oaks Health and Rehabilitation in Camden, Arkansas. 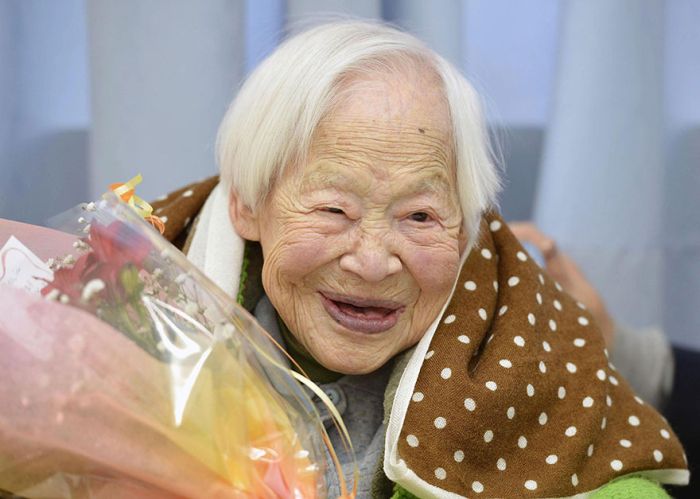 Misao Okawa is a Japanese supercentenarian who is, at the age of 116 years, the world’s oldest living person, holding the title since the death of 116-year-old Japanese man Jiroemon Kimura on June 12, 2013. Okawa was born the fourth daughter of a draper in the Tenma district of Osaka. She now lives at a nursing home in Higashisumiyoshi-ku, Osaka. She married Yukio Okawa in 1919 and had three children, two daughters and one son, of whom her son Hiroshi and one daughter Shizuyo are still alive. Her husband died on June 20, 1931. She has four grandchildren and six great-grandchildren. When she was 102 she was found doing leg squats “to keep her body in shape”. She was able to walk until she was 110, when she began using a wheelchair to prevent falls. She can however, propel herself in her wheelchair.