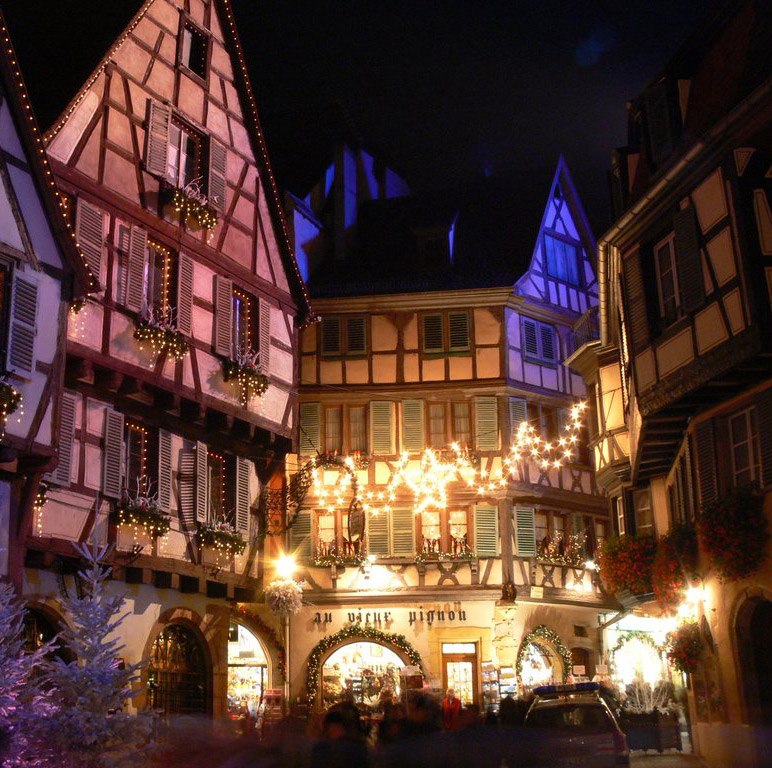 In the Harry Potter universe, Hogsmeade Village is the only all-wizarding village in Britain, founded by Hengist of Woodcroft. It’s best known as a little village of cottages and shops with enchanted candles hanging in the trees during the holidays. J.K, Rowling described it as: “Hogsmeade looked like a Christmas card; the little thatched cottages and shops were all covered in a layer of crisp snow; there were holly wreaths on the doors and strings of enchanted candles hanging in the trees.” Continue reading to see five real places (Colmar, France above) you can visit now, that resemble Hogsmeade. 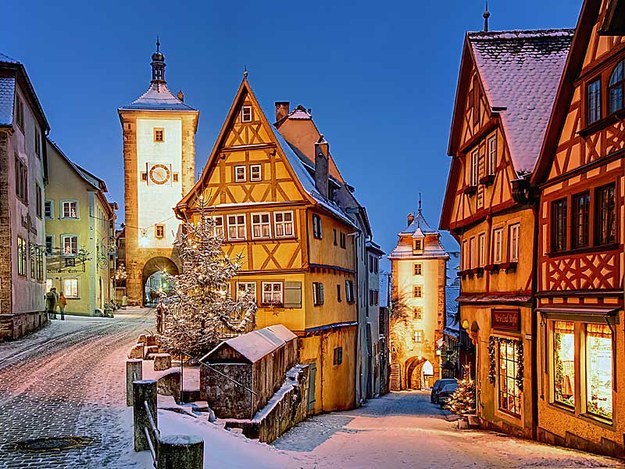 Rothenburg ob der Tauber is a town in the district of Ansbach of Mittelfranken (Middle Franconia), the Franconia region of Bavaria, Germany. It is well known for its well-preserved medieval old town, a destination for tourists from around the world. It is part of the popular Romantic Road through southern Germany. Rothenburg was a Free Imperial City from the late Middle Ages to 1803. 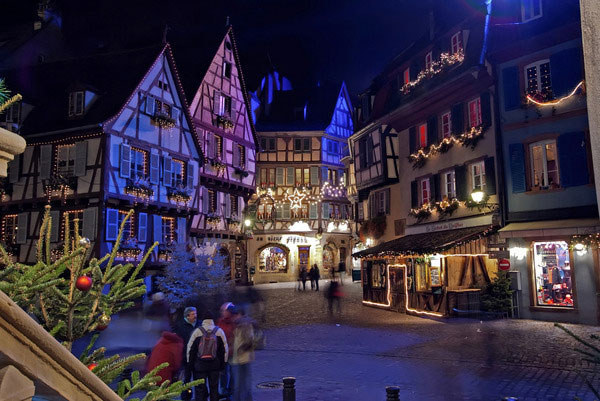 Colmar is the third-largest commune of the Alsace region in north-eastern France. The town is situated along the Alsatian Wine Route and considers itself to be the “capital of Alsatian wine”. The city is renowned for its well preserved old town and for the Christmas markets during the winter season. Its numerous architectural landmarks and museums, among which is the Unterlinden Museum with the Isenheim Altarpiece, are also popular tourist attractions. 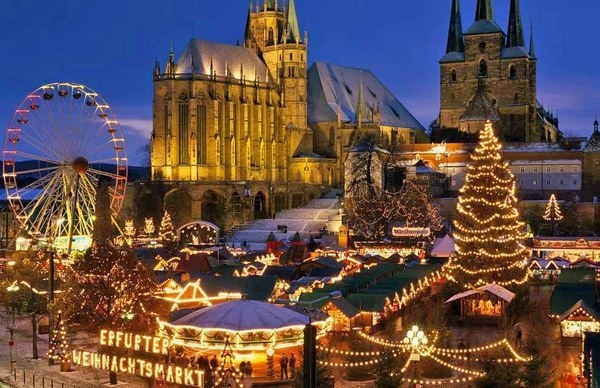 Erfurt is the capital city of Thuringia and the main city nearest to the geographical centre of modern Germany, located 100 kilometres (62 miles) south-west of Leipzig, 150 km (93 miles) north of Nuremberg and 180 km (112 miles) south east of Hanover. Together with neighboring cities Weimar and Jena it forms the central metropolitan area of Thuringia with approximately 400,000 inhabitants. 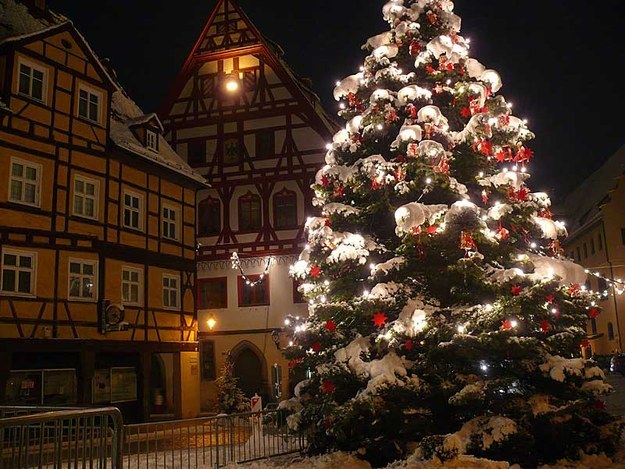 Nordlingen is a town in the Donau-Ries district, in Bavaria, Germany, with a population of approximately 24,000. It was first mentioned in recorded history in 898 and in 1998 the town celebrated its 1100th Anniversary. The town was also the location of two battles during the Thirty Years’ War, a war which took place between 1618-1648. Today it is one of only three towns in Germany that still has a completely established city wall, the other two being Rothenburg ob der Tauber and Dinkelsbuhl. 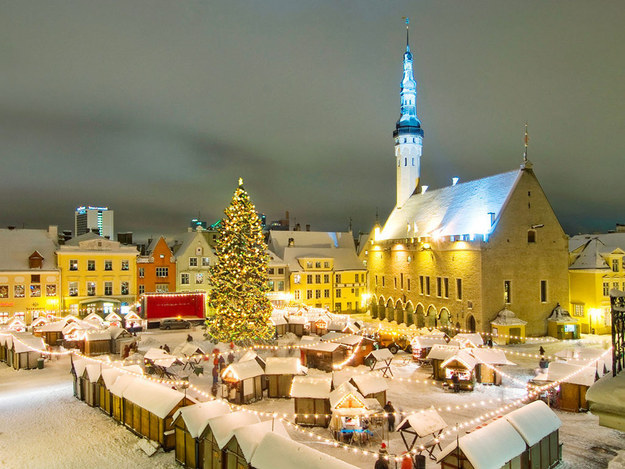 Tallinn is situated on the northern coast of Estonia, on the shore of the Gulf of Finland, 80 km (50 mi) south of Helsinki, east of Stockholm and west of Saint Petersburg. Tallinn’s Old Town is listed as a UNESCO World Heritage Site.[5] It is ranked as a global city and has been listed among the top 10 digital cities in the world. The city was a European Capital of Culture for 2011, along with Turku in Finland.