These cotton ball clouds may look computer-generated, but they’re just mammatus formations, or a cellular pattern of pouches hanging underneath the base of a cloud. They are most often associated with the anvil cloud and also severe thunderstorms. They often extend from the base of a cumulonimbus, but may also be found under altocumulus, altostratus, stratocumulus, and cirrus clouds, as well as volcanic ash clouds. Continue reading for more interesting facts. 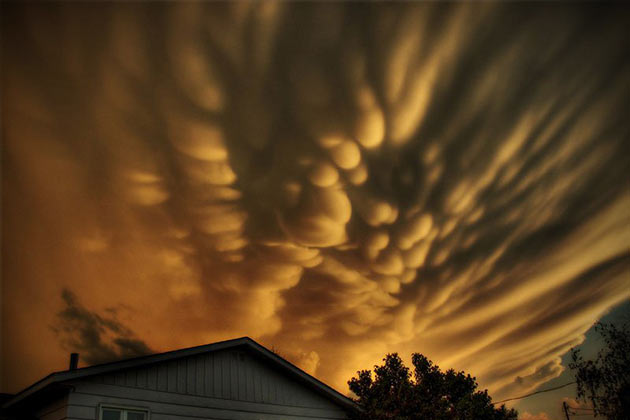 When occurring in cumulonimbus, mammatus are often indicative of a particularly strong storm or maybe even a tornadic storm. Due to the intensely sheared environment in which mammatus form, aviators are strongly cautioned to avoid cumulonimbus with mammatus.

4. Could Be Spread Over Large Areas 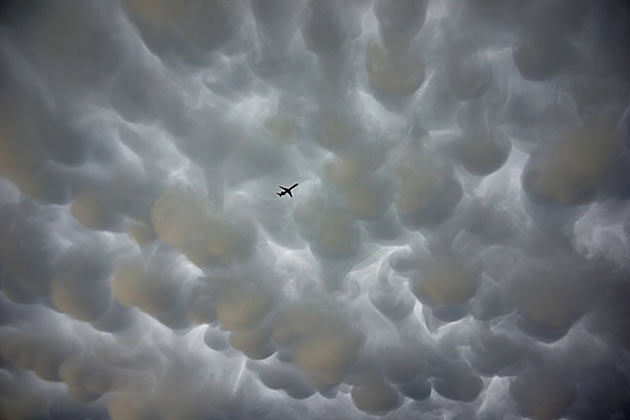 Mammatus may appear as smooth, ragged or lumpy lobes and may be opaque or translucent. Because mammatus occur as a grouping of lobes, the way they clump together can vary from an isolated cluster to a field of mammae that spread over hundreds of kilometers to being organized along a line, and may be composed of unequal or similarly-sized lobes. 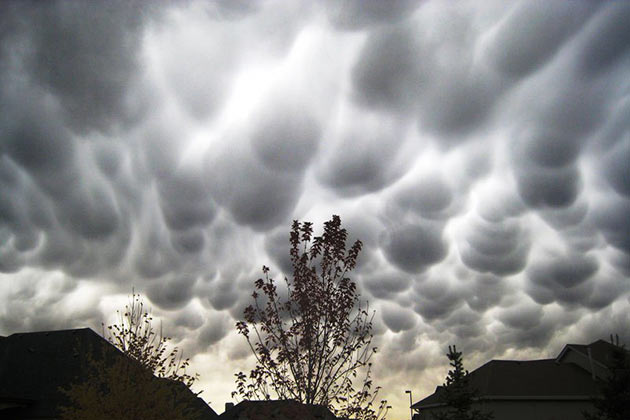 Typically composed primarily of ice, they can extend for hundreds of miles in each direction and individual formations can remain visibly static for ten to fifteen minutes at a time. While they may appear foreboding they are merely the messengers – appearing around, before or even after severe weather.

2. All Mammatus Clouds Influenced By One Environmental Trend 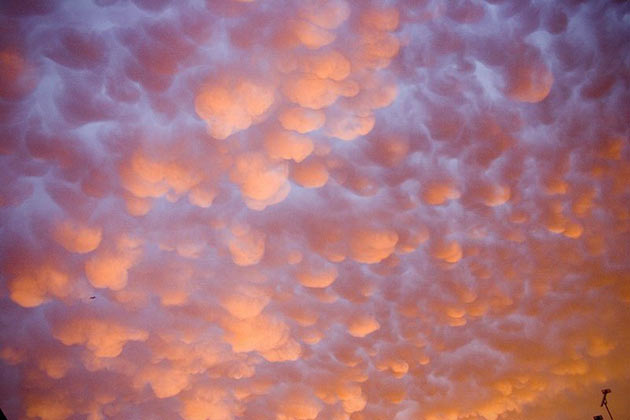 One environmental trend is shared by all of the formation mechanisms hypothesized for mammatus clouds: sharp gradients in temperature, moisture and momentum (wind shear) across the anvil cloud/sub-cloud air boundary, which strongly influence interactions therein. 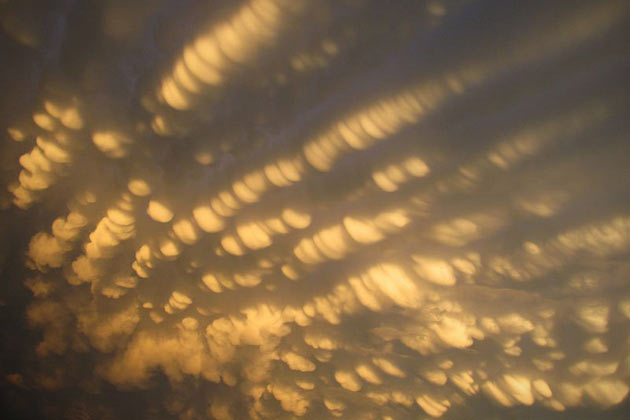 Gravity waves are proposed to be the formation mechanism of linearly organized mammatus clouds. Indeed, wave patterns have been observed in the mammatus environment, but this is mostly due to gravity wave creation as a response to a convective updraft impinging upon the tropopause and spreading out in wave form over the entirety of the anvil.

Massive Tower in Alaska is Called the Real-Life Dr. Seuss House, These Videos Show Why