A light pillar may look other worldly or a digital enhancement, but it’s a natural atmospheric optical phenomenon in the form of a vertical column of light which appears to extend above and/or below a light source. The effect, sometimes also called the crystal beam phenomenon, is created by the reflection of light from numerous tiny ice crystals suspended in the atmosphere or clouds. Continue reading for some cool facts. Click here for more pictures of light pillars.

5. Light Can Also Come from Sun 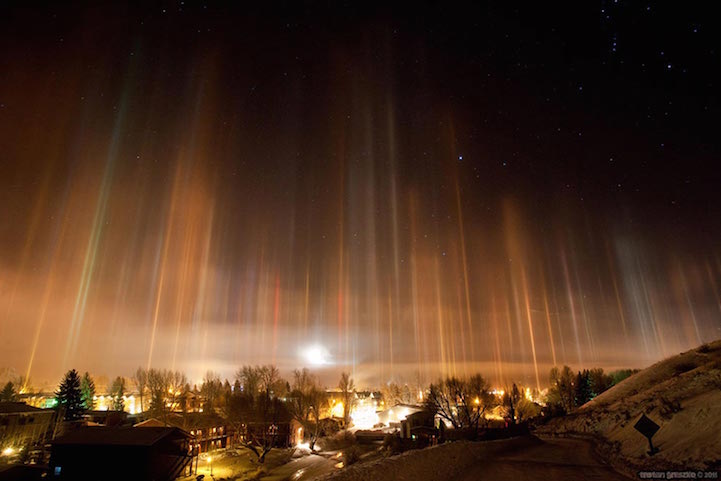 The light can come from the Sun (usually when it is near or even below the horizon) in which case the phenomenon is called a sun pillar or solar pillar.

4. Belong to the Family of Halos 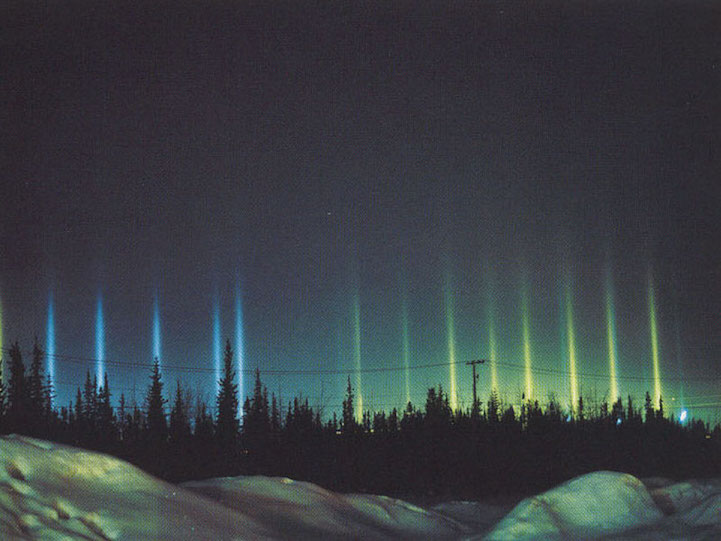 Since they are caused by the interaction of light with ice crystals, light pillars belong to the family of halos. 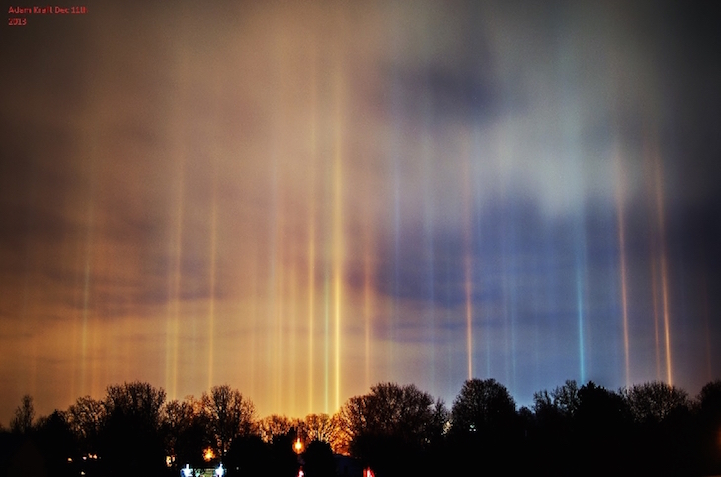 The crystals responsible for light pillars usually consist of flat, hexagonal plates, which tend to orient themselves more or less horizontally as they fall through the air.

2. Surfaces Act as a Giant Mirror 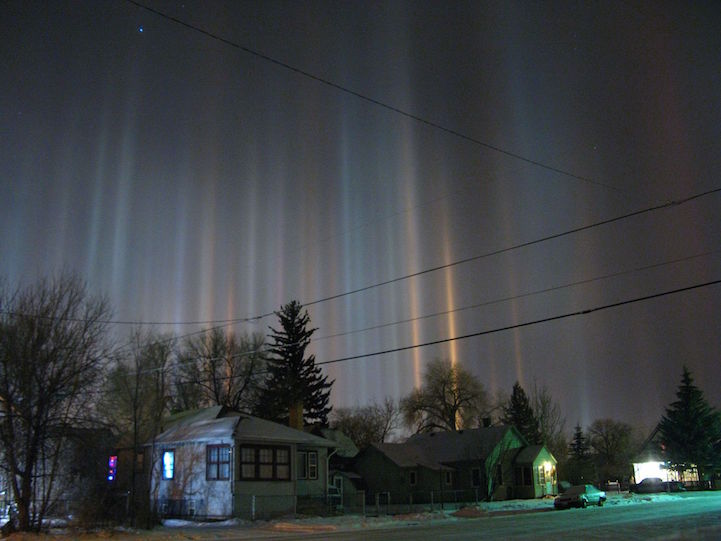 Their collective surfaces act as a giant mirror, which reflects the light source upwards and/or downwards into a virtual image. As the crystals are disturbed by turbulence, the angle of their surfaces deviates some degrees from the horizontal orientation, causing the reflection (i.e. the light pillar) to become elongated into a column.

1. Is an Optical Illusion 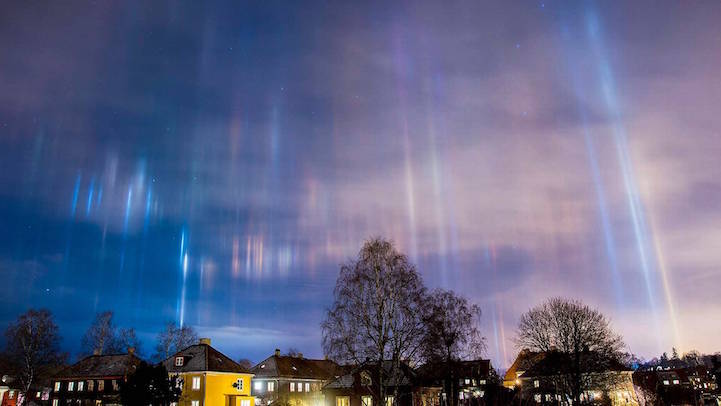 Unlike a light beam, a light pillar is not physically located above or below the light source. Its appearance of a vertical column is an optical illusion, resulting from the collective reflection off the ice crystals, only those of which that appear to lie in a vertical line direct the light rays towards the observer (similar to the reflection of a light source in a body of water).