Cloud iridescence is the occurrence of colors in a cloud similar to those seen in oil films on puddles, and is similar to irisation. It is a fairly uncommon phenomenon, most often observed in altocumulus, cirrocumulus, lenticular clouds and cirrus clouds. The colors are usually pastel, but can be very vivid. While they may look Photoshopped, all of these clouds that you’re about to see are just a naturally occurring phenomena. Continue reading for more interesting facts.

5. Generally Produced Near the Sun 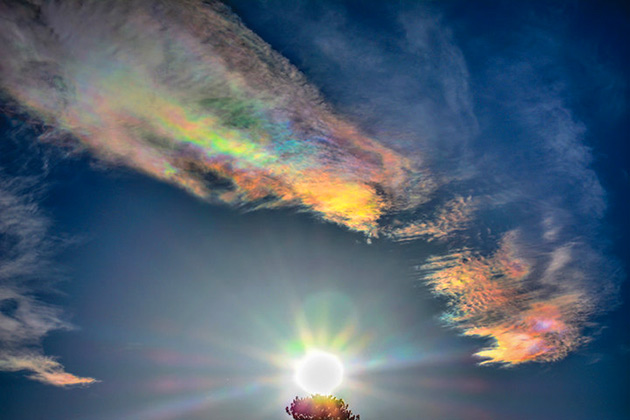 Iridescence is generally produced near the sun, with the sun’s glare masking it, so it is more easily seen by hiding the sun behind a tree or building. Other aids are dark glasses, or observing the sky reflected in a convex mirror or in a pool of water. 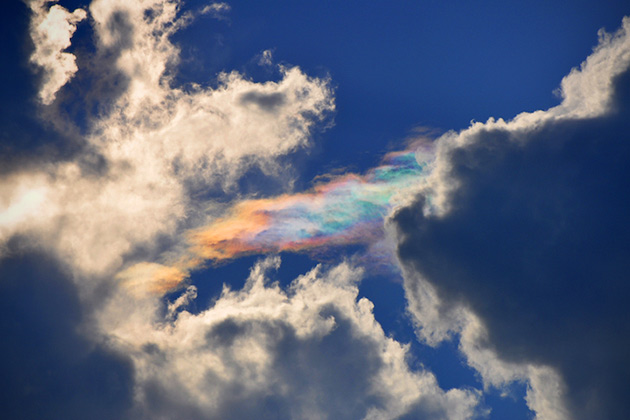 3. Cloud Must be Optically Thin 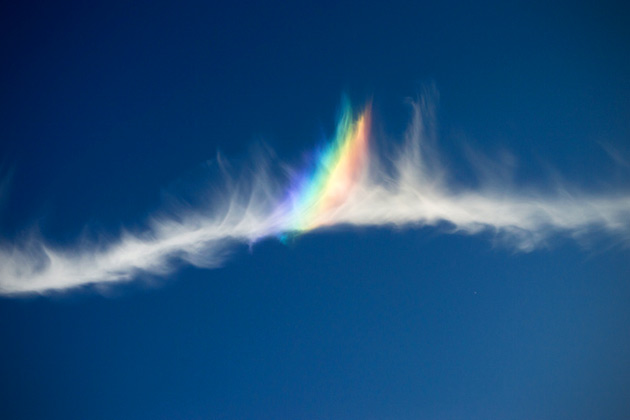 If parts of clouds have small droplets or crystals of similar size, their cumulative effect is seen as colors. The cloud must be optically thin, so that most rays encounter only a single droplet. 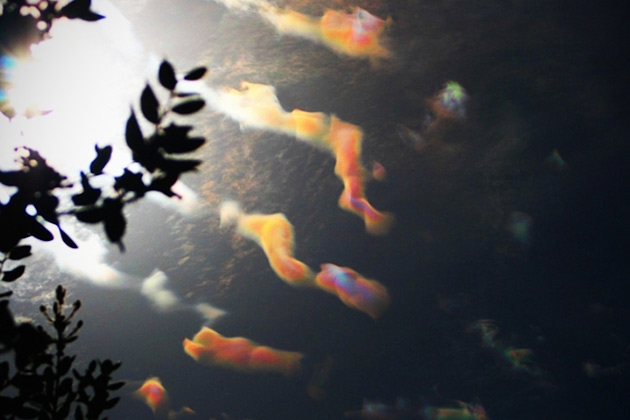 Iridescence is therefore mostly seen at cloud edges or in semi-transparent clouds, and newly forming clouds produce the brightest and most colorful iridescence.

1. Sometimes May Form a Corona 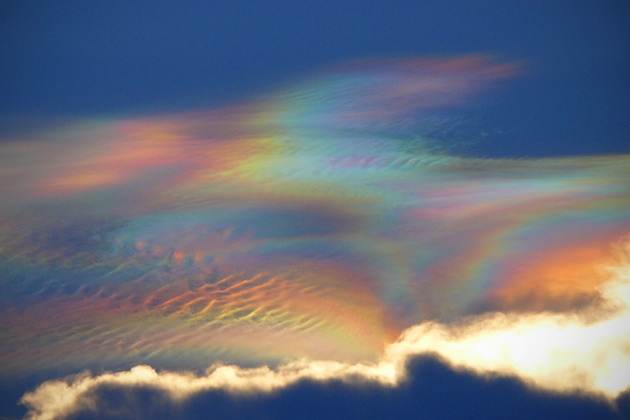 When a thin cloud has droplets of similar size over a large extent, the iridescence takes on the structured form of a corona, a central bright disk around the sun or moon surrounded by one or more colored rings.

High-Quality Headphones Can Get Expensive, Pick Up the SteelSeries Flux for Under $13 (81% Off) – Today Only