Photo credit: Stevie Blessed
The last thing anyone would expect after getting their laptop stolen is an email from the thief themselves, but that’s exactly what happened to college student Stevie Valentine. After receiving the message, Stevie posted it on Twitter, and it went viral shortly afterwards, receiving 26,000 Likes and thousands of comments. Like anything on the internet, there are those that actually like the thief, while others say extreme poverty doesn’t justify any type of crime. Read more to see the full message. 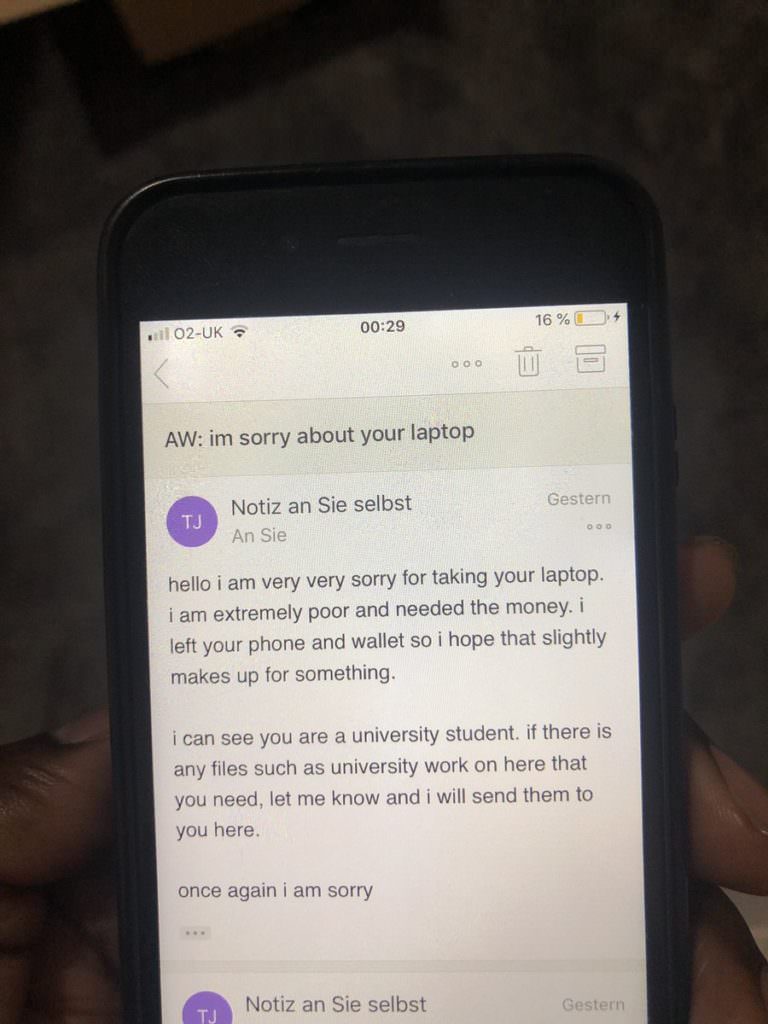 The thief begins the letter by saying that he / she is “very, very sorry” for stealing the laptop, and then justifies the crime by giving extreme poverty as the reason. This thief claims that the victim’s phone and wallet were left, but were of no monetary value to them, so it hopefully “slightly makes up for something.”

NITE Keeps Your Smartphone Locked Away at Night, Also Functions as Alarm Clock and Wireless Charger