The use of smartphones, especially near bedtime, is associated with worse quality of sleep, according to a new study. “When we looked at smartphone use around the time when participants reported they went to bed, more smartphone use around that time in particular was associated with a longer time to fall asleep and worse sleep quality during the night,” said Dr. Gregory Marcus, author of the study and an associate professor of medicine at the University of California, San Francisco. NITE by industrial designer Oliver Sinclair is basically a smartphone lock that also functions as an alarm clock and wireless charging. Read more for additional pictures and information. 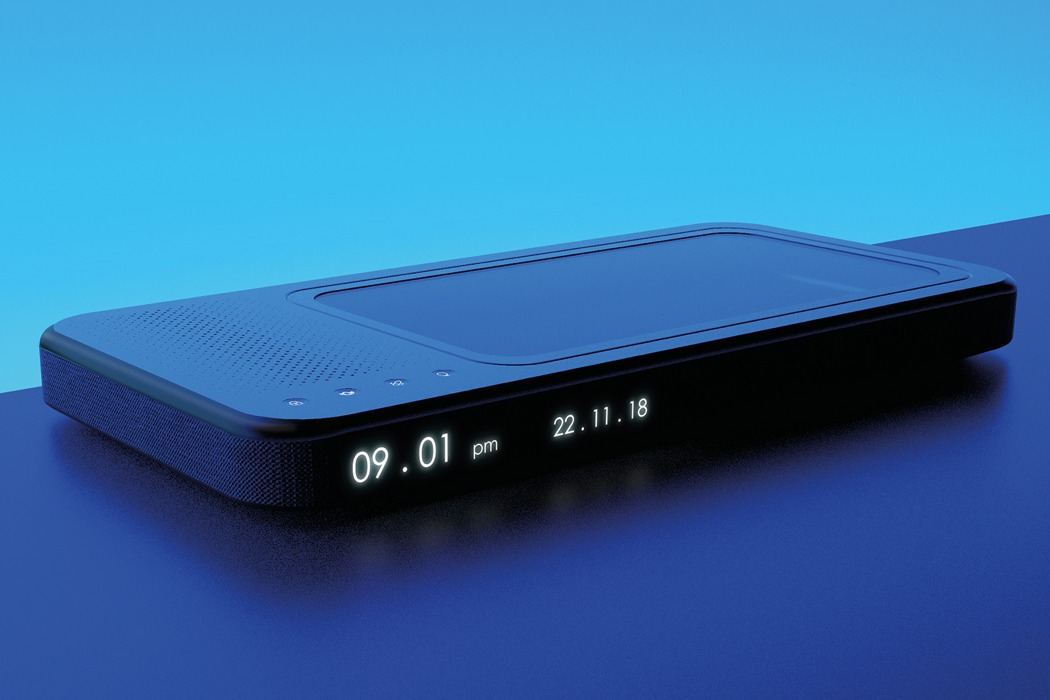 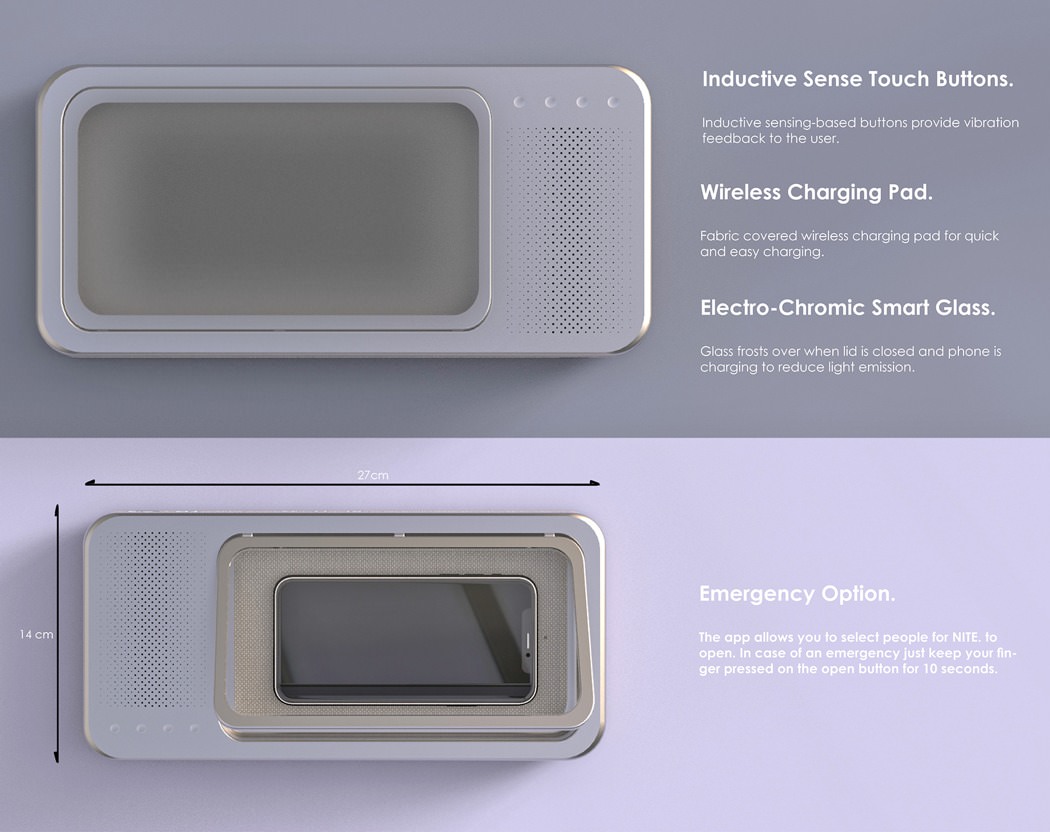 A total of 653 people chose to participate in and complete the new smartphone-sleep study, which required them to install an app on their phones to automatically record the total number of minutes in each hour the screen was turned on (total screen time) during a 30-day period. After analyzing the data, researchers discovered that, on average, participants used their smartphones for a total of 38.4 hours over a 30-day period, with those having a longer average screen time reporting to have poorer sleep quality and less sleep overall. More specifically, approximately 35% of those who used their smartphones for shorter amounts of time than average had sleep difficulties, compared with 42% of those with average or greater than average use. Participants who used their smartphones near bedtime were more likely to experience poor quality sleep. 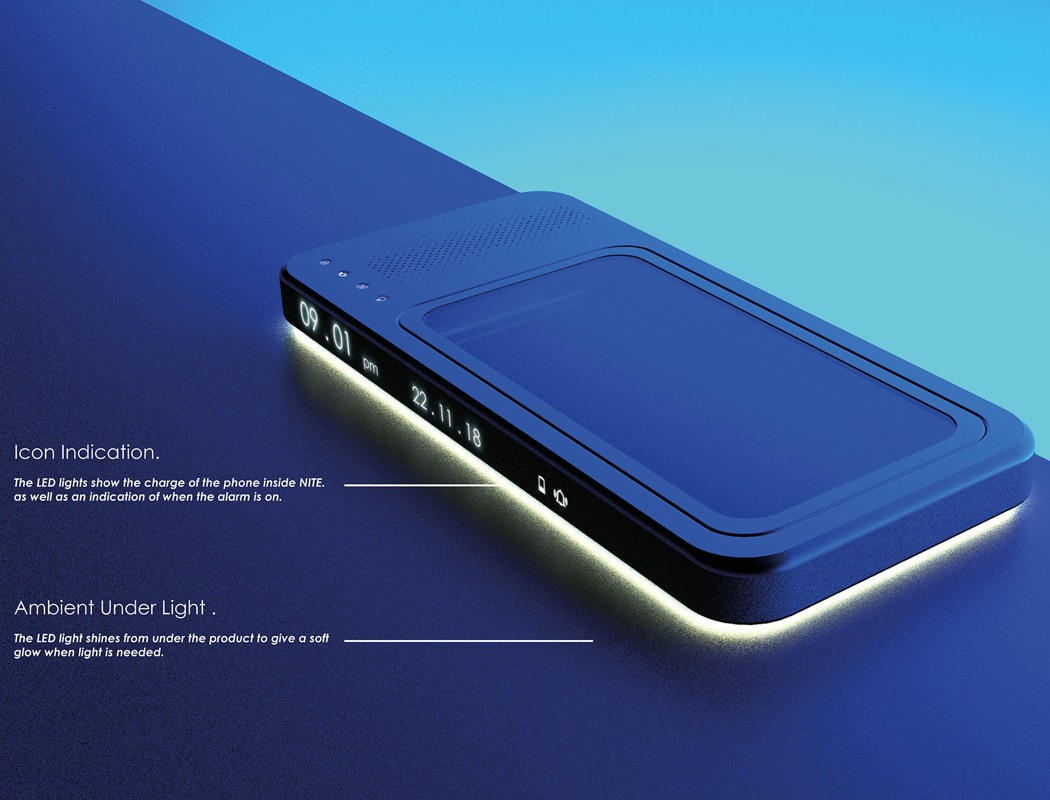 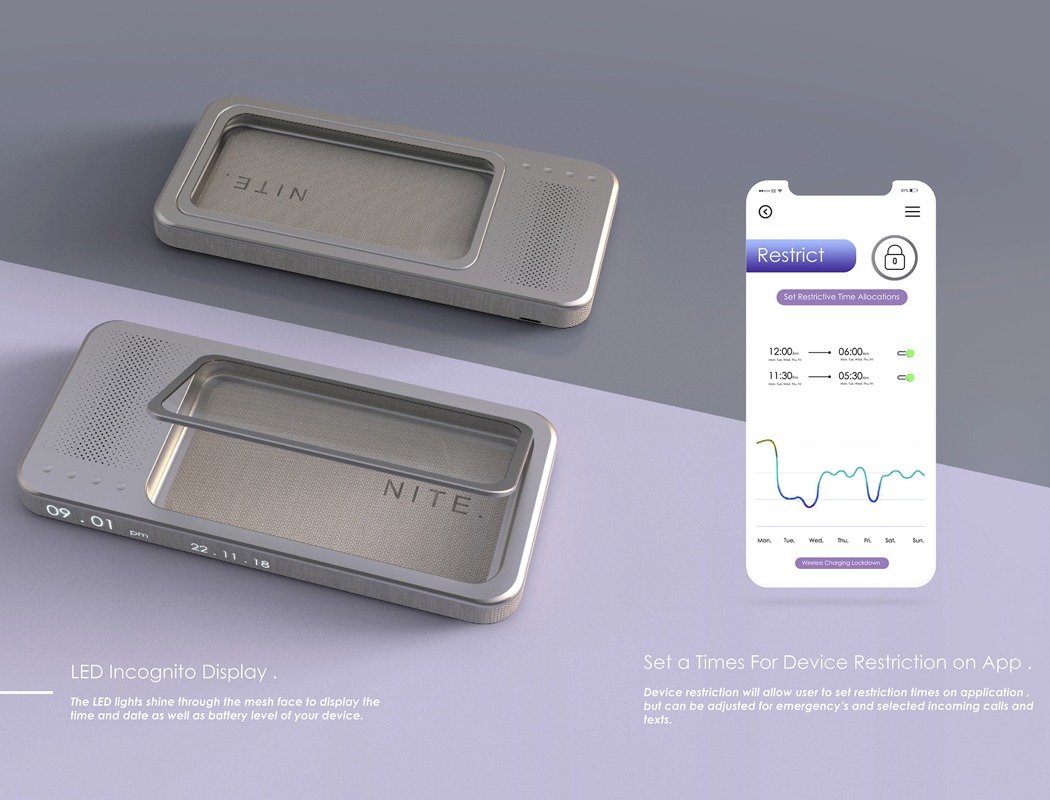 “The simplistic, Braun-inspired, design contains the mobile phone at night, with the locked door keeping it away from tempted hands! When closed, the transparent, electro-chromic window frosts over, to reduce the light emission so sleep is not interrupted! But don’t worry, in an emergency the phone can still be accessed by holding the release button down for 10 seconds,” reports Yanko Design.