At first glance, it may appear as if you’re looking at something from an upcoming sci-fi horror film, but it’s actually a giant 22-foot-long wasp nest that was found in an abandoned Canary Islands home. According to the news report, “officers were called out by worried neighbours of the empty home in the island’s capital and say the nest was in an indoor hallway and contained literally millions of wasps.” Continue reading for one more picture. 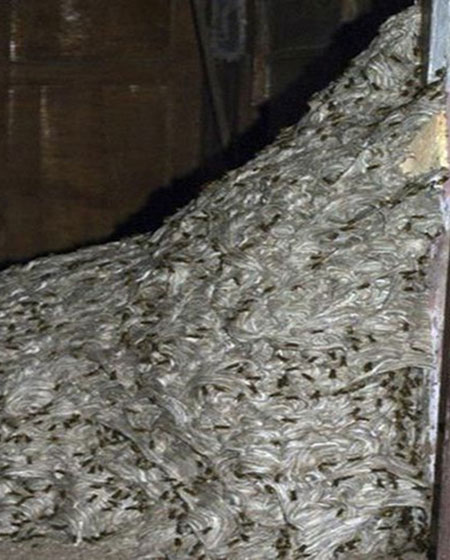 The majority of wasp species (well over 100,000 species) are “parasitic” (technically known as parasitoids), and the ovipositor is used simply to lay eggs, often directly into the body of the host. The most familiar wasps belong to Aculeata, a “division” of Apocrita, whose ovipositors are adapted into a venomous sting, though a great many aculeate species do not sting. Aculeata also contains ants and bees, and many wasps are commonly mistaken for bees, and vice-versa. In a similar respect, insects called “velvet ants” (the family Mutillidae) are technically wasps.

How Batman and Aquaman Would’ve Looked in Medieval Times

Innovative Cups You Can Actually Eat After Using