At first, this may appear to be a Wild West movie set, but it’s actually “Western Village”, a now closed theme park in Nikko, a city about 70 miles north of the capital Tokyo. Abandoned since 2007, and unfortunately demolished, the buildings seemingly belong in Westworld, a horror film where robots have taken over a theme park. It originally opened in the 1970s, and as recent as 1995, the owners added a new $25-million expansion section, which included a giant Mount Rushmore replica. That’s not all, the developers even imported a church from California, piece by piece. Continue reading for two more videos, pictures and information. Click here for a few bonus images. 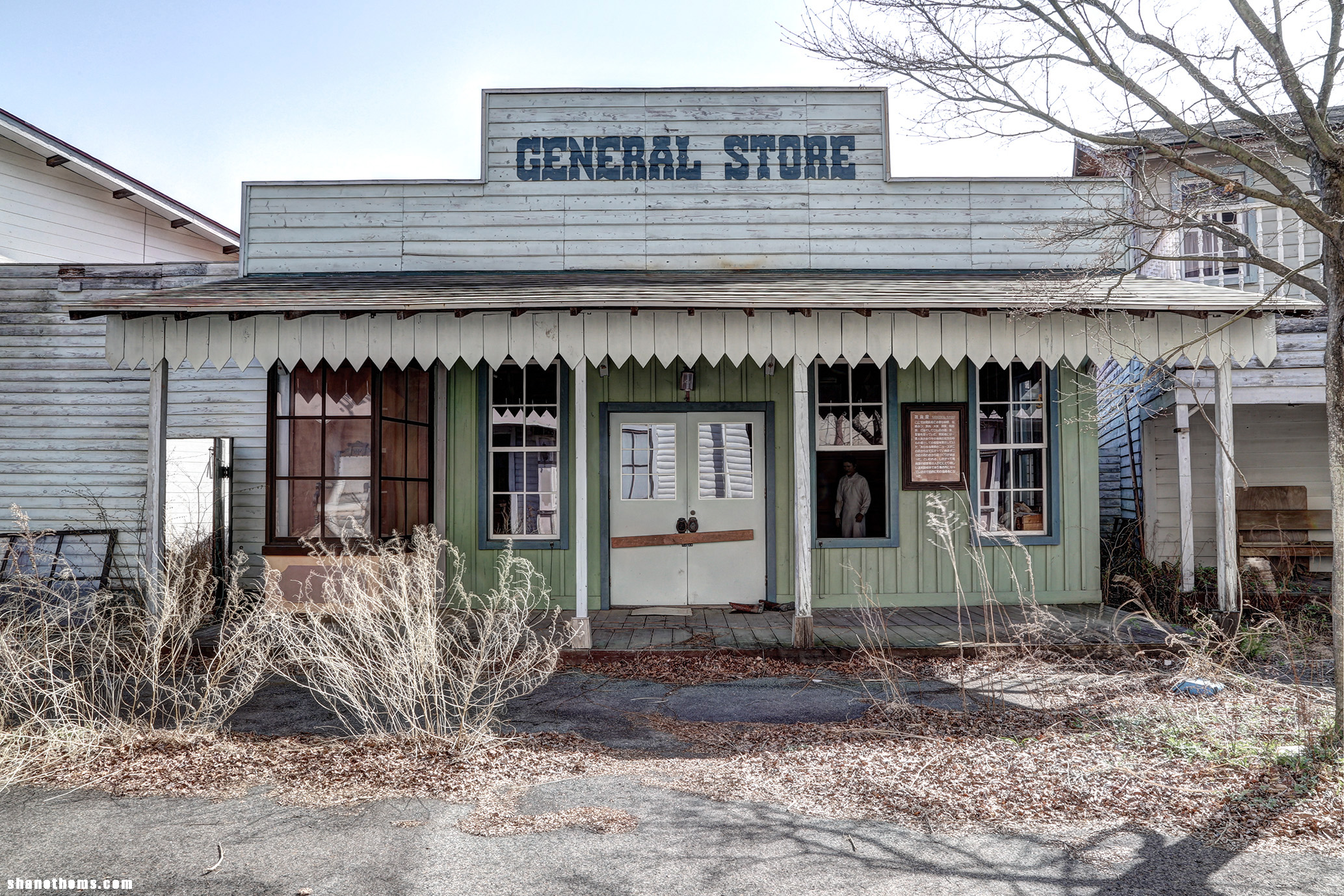 The park announced it would be closed from December 6, 2006 until late March 2007 for “maintenance,” but due to declining attendance numbers prior to the shutdown, it never opened its doors again. Before everything was bulldozed, urban explorers were able to find half-empty bottles of Grand Marnier on the dust-covered shelves, robots in strange poses, and even an arcade. 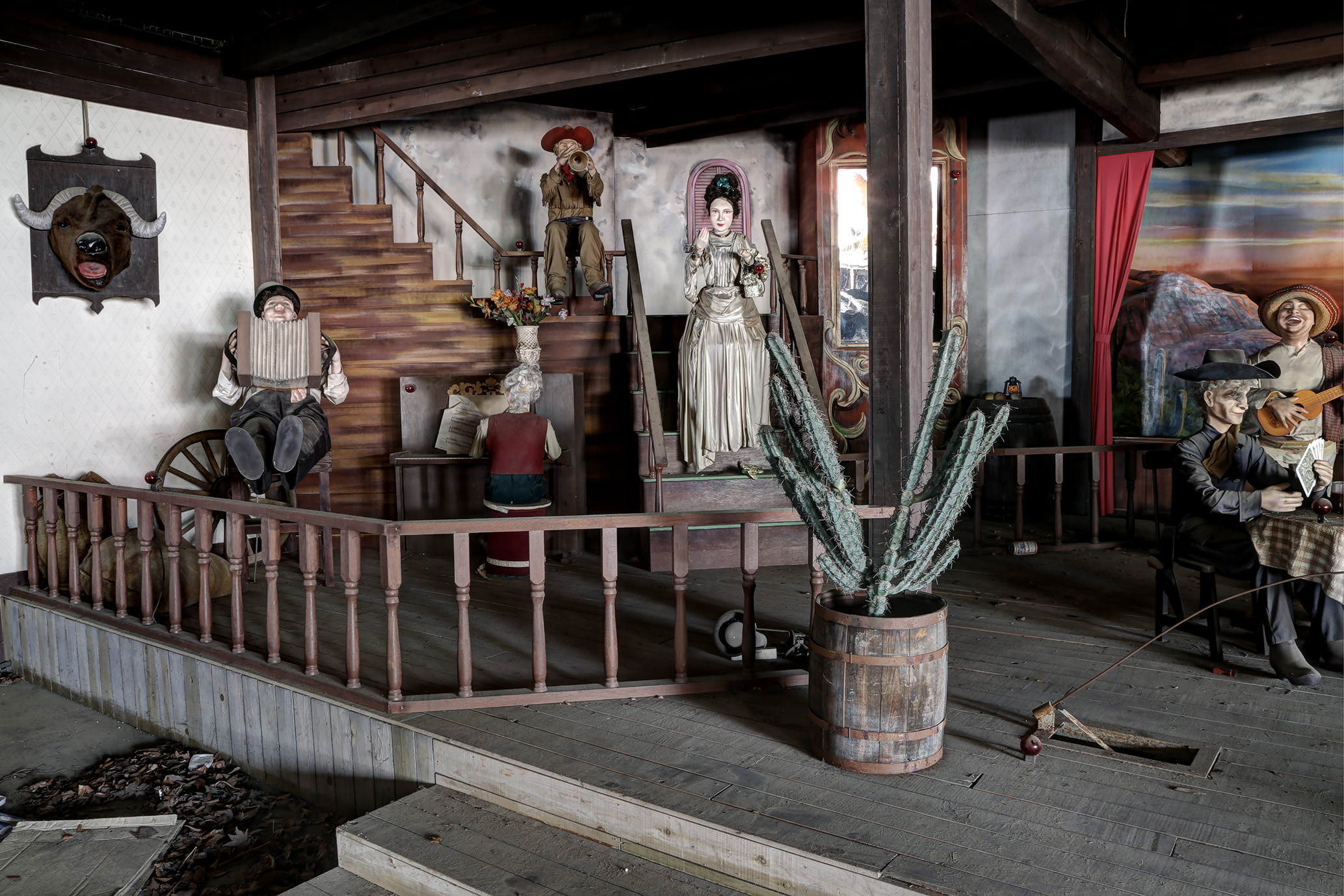 “There was so much to discover – not only the village with all the shops and restaurants, but also that rather new large building with the Mount Rushmore replica on the back. The ground floor especially was fascinating with the playground area and the selection of imported American beers – and the human-sized teddy bears. It was a bit creepy at times, like when you enter a building and see a Clint Eastwood replica sitting behind a desk,” said explorer Florian Seidel.