Many times, placing a speed bump isn’t an option, and that was the case in the small fishing town of Isafjorour in Iceland. They wanted speeding drivers to really pay attention at a new pedestrian crossing, so they a 3D crosswalk illusion. This may not work on all drivers, but at the very least, it’ll make them look twice. Continue reading for more pictures. 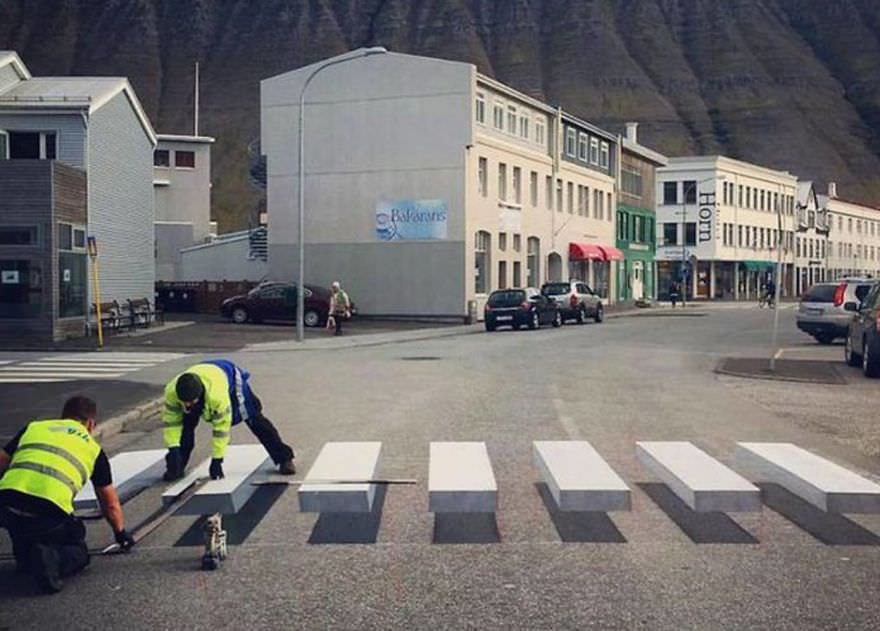 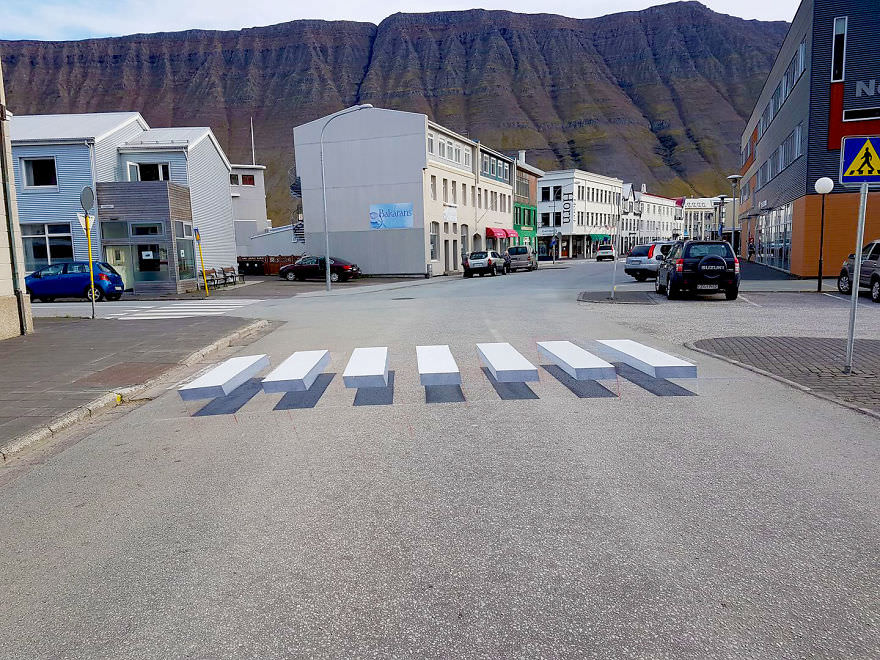 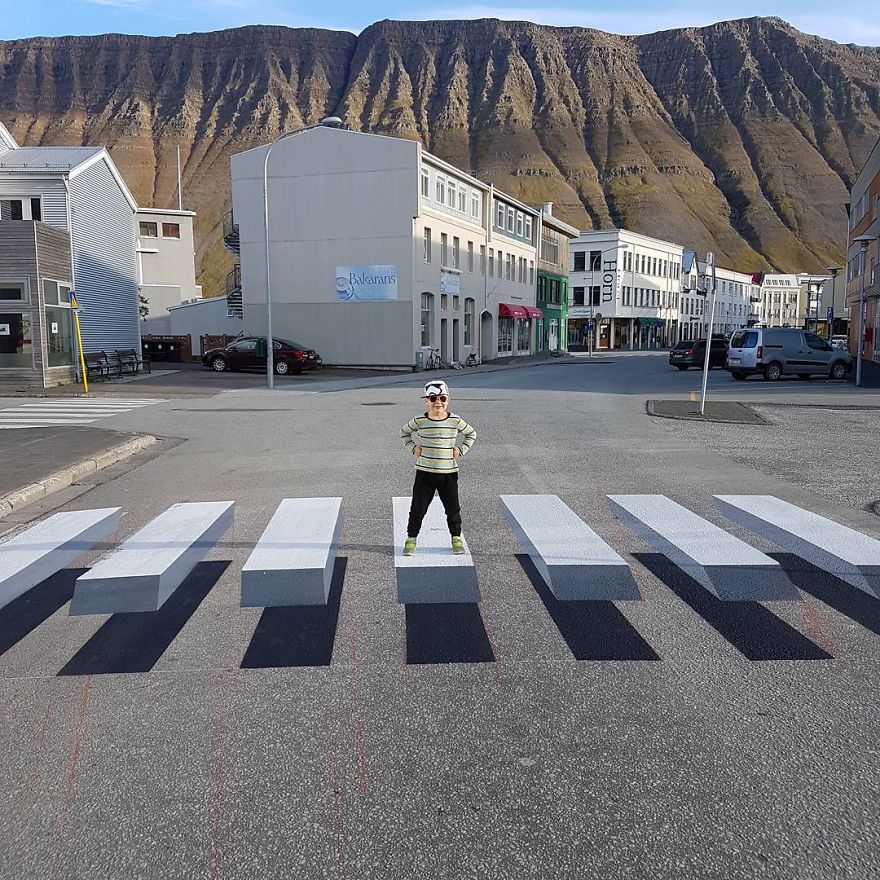 “Icelandic environmental commissioner Ralf Trylla called for its placement in Isafjorour after seeing a similar project being carried out in New Delhi, India. With the help of street painting company Vegmalun GIH, his vision became a reality,” according to Bored Panda.