With final examinations just weeks away for some students, we decided to round up the ten more creative ways to fail, starting with a Pokemon fan who thought Pikachu would score some sympathy points from the teacher. Continue reading to see more. 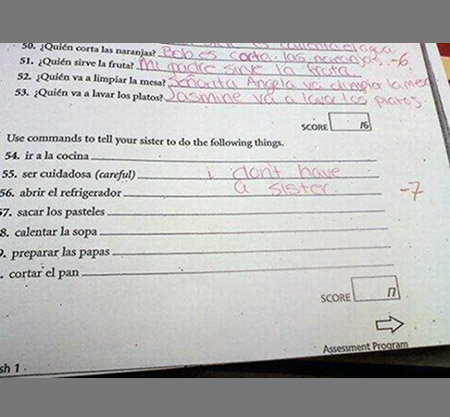 Ah, the good old “I don’t have a sister trick”. In this case, you won’t get any points either. Fortunately, the student does appear to have answered the questions above in proper manner, so at least partial credit is due. 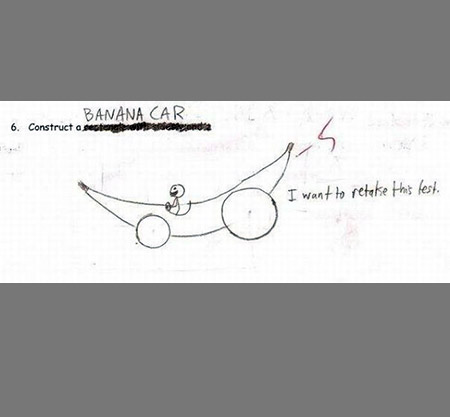 If you don’t know the answer to a question, the last thing you’d want to do is modify it to your liking. This student thought he’d get creative and make his own question, which involved a banana car. 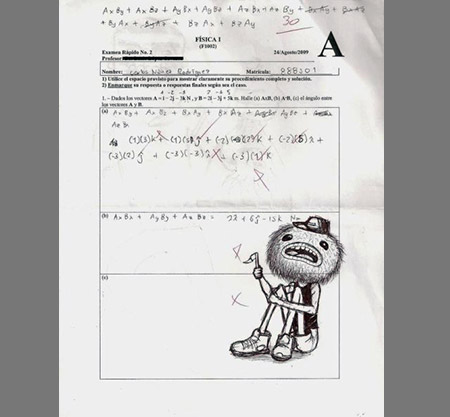 Not completing half of your exam is one thing, drawing a mascot that’s obviously surrendering won’t help you either. On the bright side, this student does have a future in art, as that’s definitely a well drawn mascot. 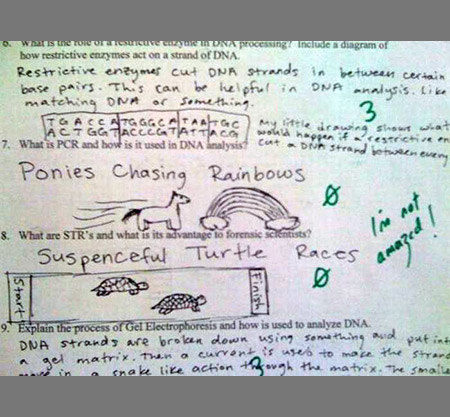 Ah, the dreaded acronyms. Everyone knows what PCR stands for, right? Well, if you didn’t, it refers to a Polymerase chain reaction and not Ponies Chasing Rainbows. STR, or Einstein’s Special Theory of Relativity, has nothing to do with “suspenceful turtle races”. 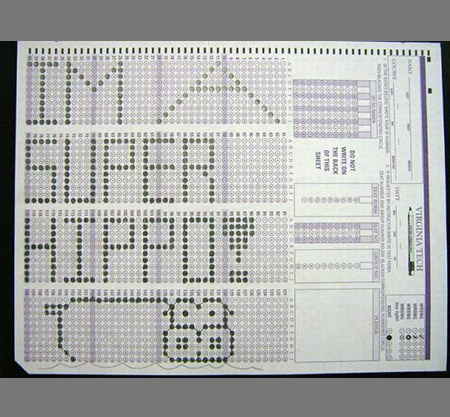 Spent the night before a big exam partying instead of studying? One way to ensure that you receive an extremely low score on it is by bubbling in “I’m a Super Hippo!”, complete with an image of a hippo. 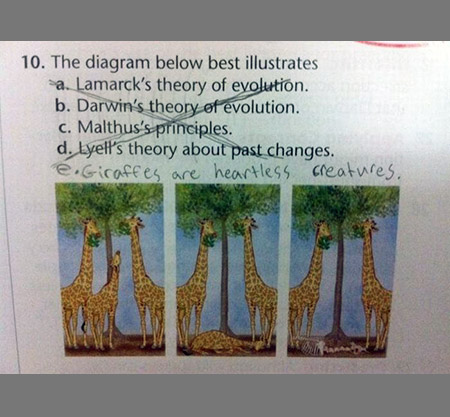 While we haven’t seen many exams that are printed in full color, this one apparently contained a series of images that showed just why this student decided to add their own answer. 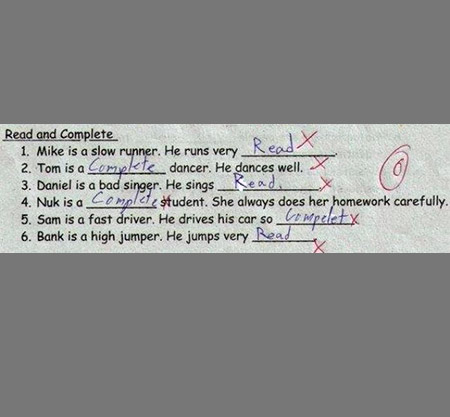 Couldn’t this person have come up with something more creative than just “complete” and “read”? Apparently not, but “Mike is a slow runner. He runs very read” just has a certain rhyming quality to it…or maybe not. 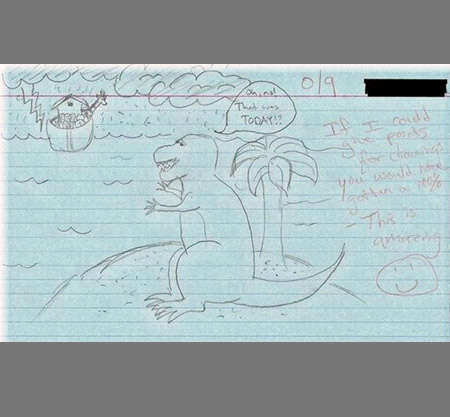 Writing absolutely noting on your exam, and then proceeding to draw an image of a T-Rex waving at a departing ark definitely won’t score you any brownie points, but it did give provide this student with some internet fame. 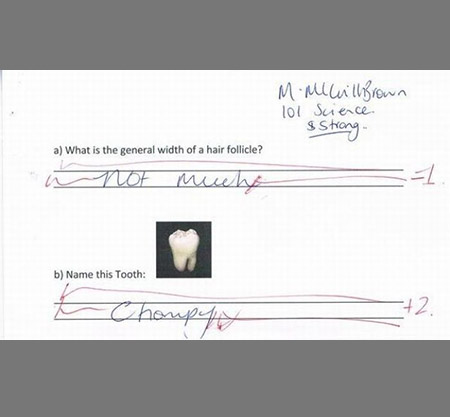 We have to tip our hats to this student, as not only did they provide a smart-aleck reply to the first question, they actually scored points by naming a tooth “chompy”. 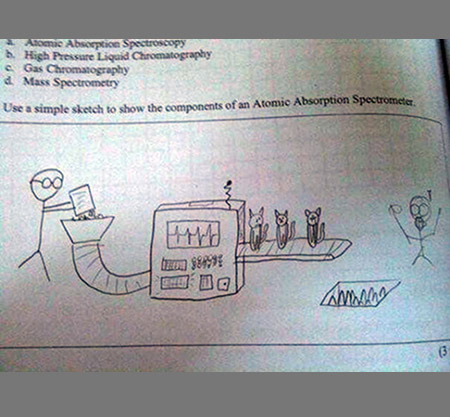 Cats solve all problems, or so the internet thinks. Before trying it on a real exam, we recommend you take notes from this student, as their drawing really does look like an atomic absorption spectrometer.

ZAGGsparq 6000 is the Ultimate Portable Power Station, Plus Enter the iPad an Hour Giveaway

Is China Building a Real-Life Stargate