When is a Hasbro AT-AT Walker toy, not just something kids throw around or left in-box as a collector’s item? When it’s turned into a fully-functional computer. The creation you see above is powered by an Intel Core i7-2600K processor, Sapphire 6870 graphics, 8GB RAM, and boasts extreme water-cooling. Continue reading for more. 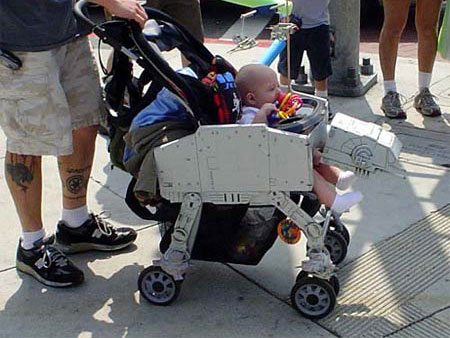 Here’s a first: an AT-AT Walker baby stroller. That’s right, this particular creation was photographed by Star Wars convention attendees, and it most certainly qualifies as one of the greatest baby strollers ever. 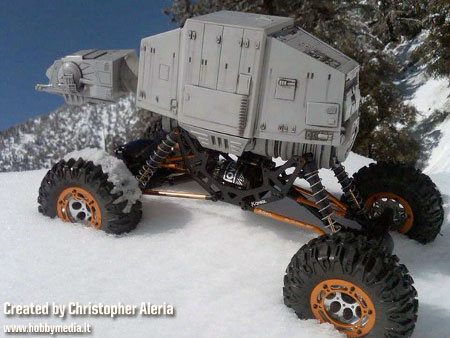 What if AT-AT Walkers actually had wheels instead of legs? If this thought has ever crossed your mind, then this radio-controlled AT-AT Walker by Christopher Aleria should do the trick. A rugged suspension system and tires are included for snowy terrain. 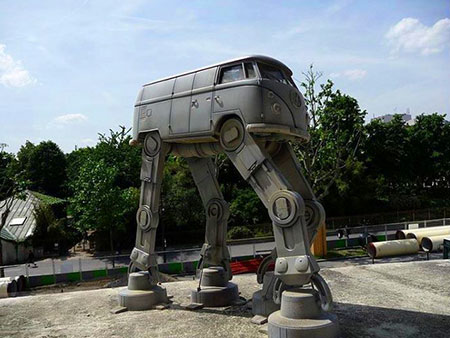 When people talk about Volkswagen’s, Star Wars usually doesn’t come to mind – at least before they released the kid Darth Vader Super Bowl commercials – but this sculpture aims to change it all. It was spotted by tech journalist Jack Schofield. 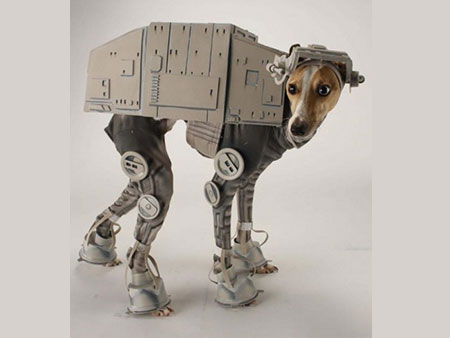 Halloween may not be around the corner, but there’s no better time than now to get your dog dressed and ready to go. Unlike other Star Wars fans, this one spent all their time and effort transforming a dog into an Imperial AT-AT Walker. 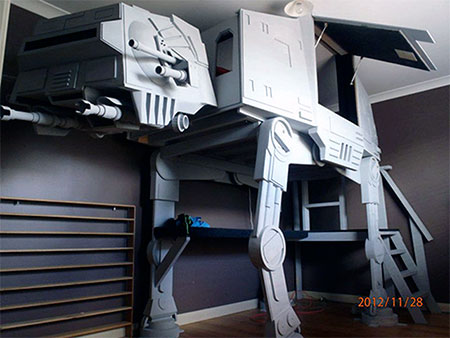 Let’s face it, you really can’t go to a furniture store, even IKEA, and pick up an AT-AT Walker bed. Thankfully, this person had the skills and time to create the loft bed masterpiece you see above, complete with painted-on details.

Roarcraft: A Music Video Made Entirely from World of Warcraft Sounds