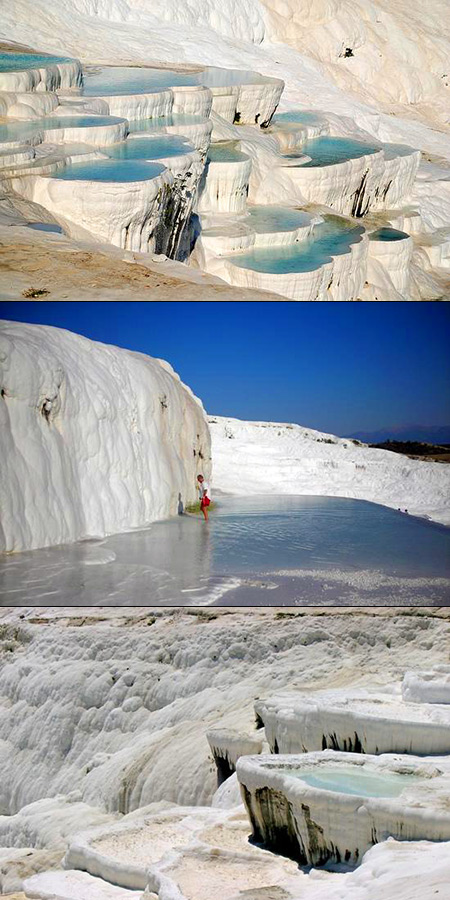 While it may look like a cotton castle, the images above are of a real geological formation called Pamukkale in Turkey. These thermal pools were formed over millions of years when water from the hot springs runs off the plateau and the calcium that it contains deposits in the pool, giving the whole landscape that cotton look. Unfortunately, due to excessive tourism, the pools have started deteriorating and they’re currently closed to the public. Continue reading for more. 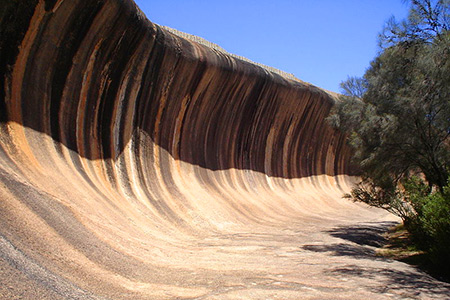 Wave Rock is a natural rock formation that is shaped like a tall breaking ocean wave. The “wave” is about 14 m (46 ft) high and around 110 m (360 ft) long. It forms the north side of a solitary hill, which is known as “Hyden Rock.” This hill, which is a granite inselberg, lies about 3 km (2 mi) east of the small town of Hyden and 296 km (184 mi) east-southeast of Perth, Western Australia. Wave Rock and Hyden Rock are part of a 160 ha (395-acre) nature reserve, Hyden Wildlife Park. 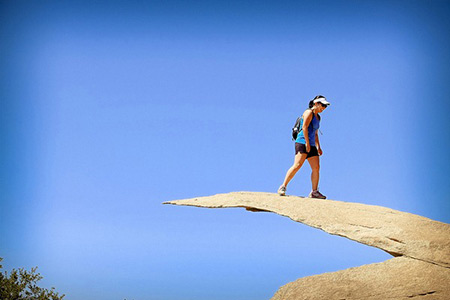 This is probably the only potato chip that will help burn calories instead of gain, and that’s because you’ll burn a lot of energy on the hike to Potato Chip Rock. It’s a unique boulder jutting out from the top of Mount Woodson in north San Diego County. To reach this awesome sight, you’ll need to hike 3.8 thigh-burning miles (one-way) up Mount Woodson Trail from the Lake Poway Recreation Area. 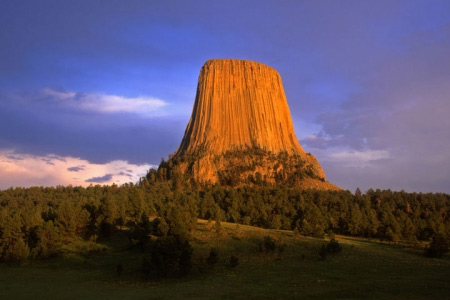 Devils Tower is an igneous intrusion or laccolith in the Black Hills near Hulett and Sundance in Crook County, northeastern Wyoming, above the Belle Fourche River. It rises dramatically 1,267 feet (386 m) above the surrounding terrain and the summit is 5,114 feet (1,559 m) above sea level. The oldest rocks visible in Devils Tower National Monument were laid down in a shallow sea during the Triassic period, 225 to 195 million years ago. 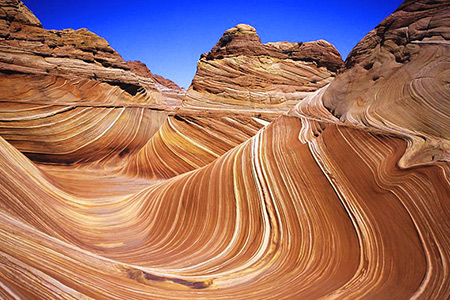 The Wave is a sandstone rock formation located in the United States of America near the Arizona-Utah border, on the slopes of the Coyote Buttes, in the Paria Canyon-Vermilion Cliffs Wilderness, on the Colorado Plateau. It is famous among hikers and photographers for its colorful, undulating forms, and the rugged, trackless hike required to reach it. It consists of intersecting U-shaped troughs that have been eroded into Navajo Sandstone of Jurassic age. The two major troughs, which comprise this rock formation, are 62 feet (19 m) wide by 118 feet (36 m) long and 7 feet (2 m) wide by 52 feet (16 m) long. Initially, infrequent runoff eroded these troughs along joints within the Navajo Sandstone.

The Rainbow Mountains are part of the Zhangye Danxia Landform Geological Park in China. The various layers of different colored sandstone and minerals were pressed together over 24-million-years, and then buckled up by tectonic plates. These may not be the only rainbow mountains though, as there’s a similar formation in British Columbia called the Rainbow Range formed from a mixture of volcanic rock and various minerals.