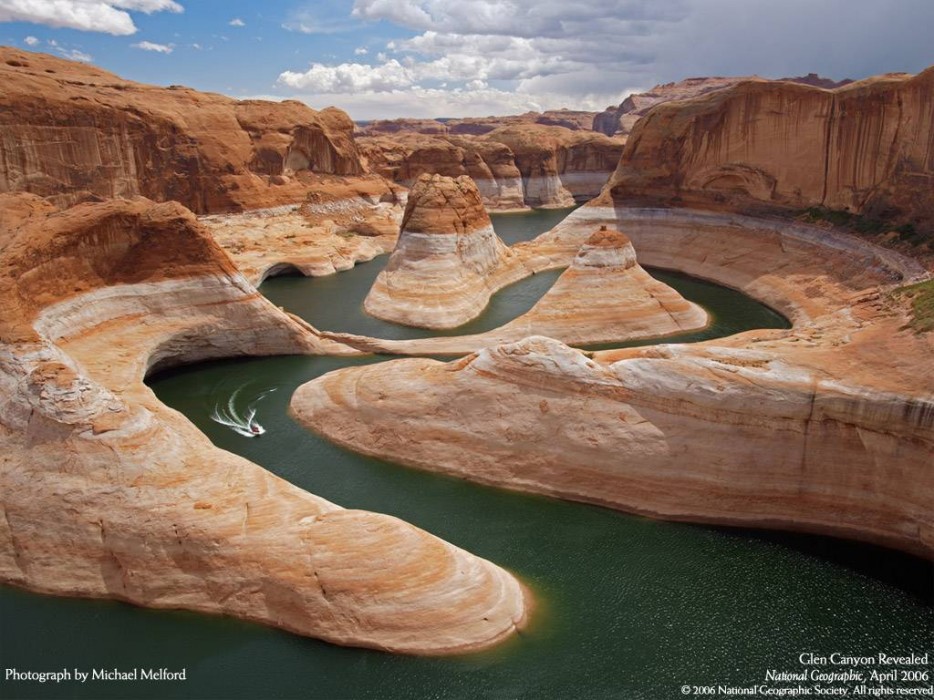 Upon completion of Glen Canyon Dam on September 13, 1963, the Colorado River began to back up, no longer being diverted through the tunnels. The newly flooded Glen Canyon formed Lake Powell. It took 11 years for the lake to rise to the high-water mark, on June 22, 1980. Since then the lake level has fluctuated considerably depending on the seasonal snow runoff from the mountains. 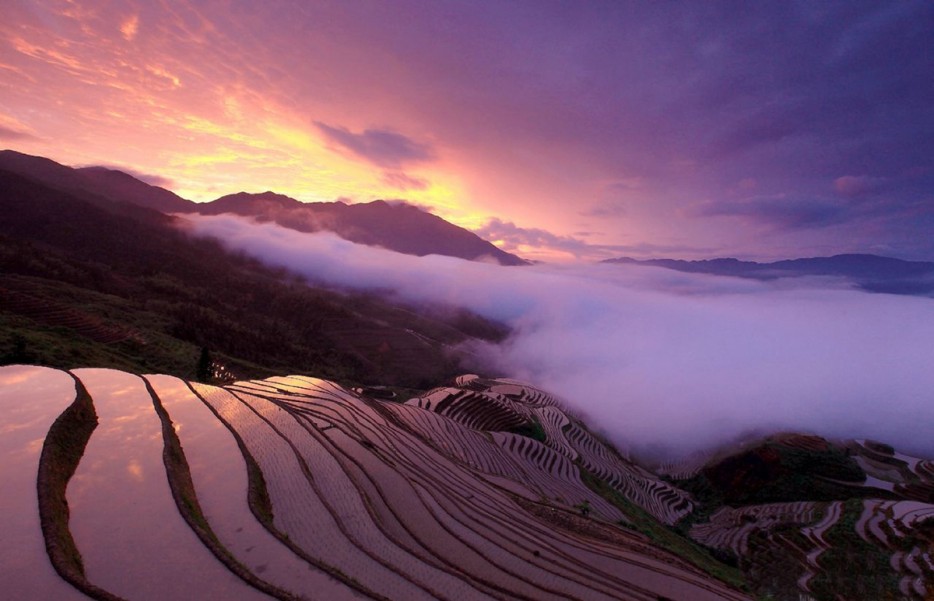 The Longsheng Rice Terraces are located in Longsheng County, about 100 kilometres (62 mi) from Guilin, Guangxi, China.The terraced fields are built along the slope winding from the riverside up to the mountain top, between 600 m to 800 m above sea level. A coiling terrace line that starts from the mountain foot up to the mountain top divides the mountain into layers of water in spring, layers of green rice shoots in summer, layers of rice in fall, and layers of frost in winter. The terraced fields were mostly built about 650 years ago. Longji (Dragon’s Backbone) Terraced Rice Fields received their name because the rice terraces resemble a dragon’s scales, while the summit of the mountain range looks like the backbone of the dragon. 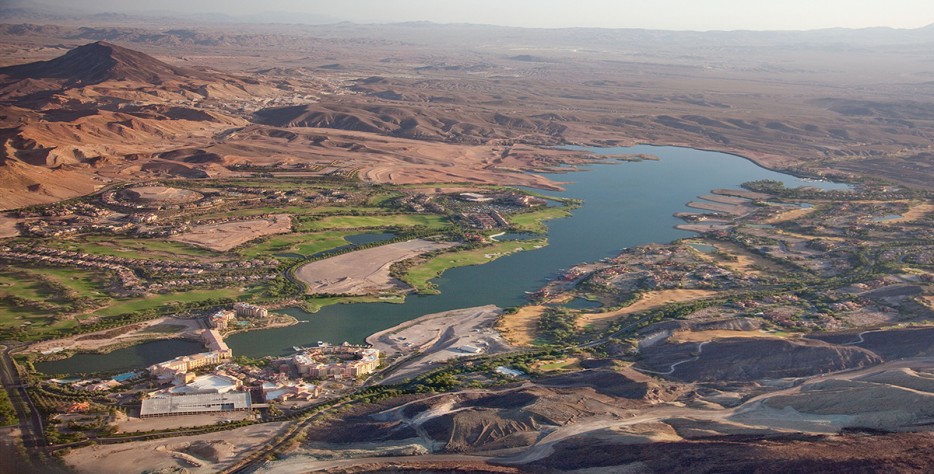 Actor J. Carlton Adair conceived Lake Las Vegas around 1967 for Lake Adair. At the time he purchased the land and water rights. The property was acquired by Transcontinental Properties in 1990 from Ronald Boeddeker who had acquired 2,000 acres (810 ha) in 1987 from the US Government when Adair went bankrupt. The lake was built on top of the Las Vegas Wash, which continues to flow under the lake in two 96-inch (2.4 m) diameter pipes. Water diversion to fill the lake began in 1990. The lake was filled with 3 billion US gallons (11,000,000 m3) of water. 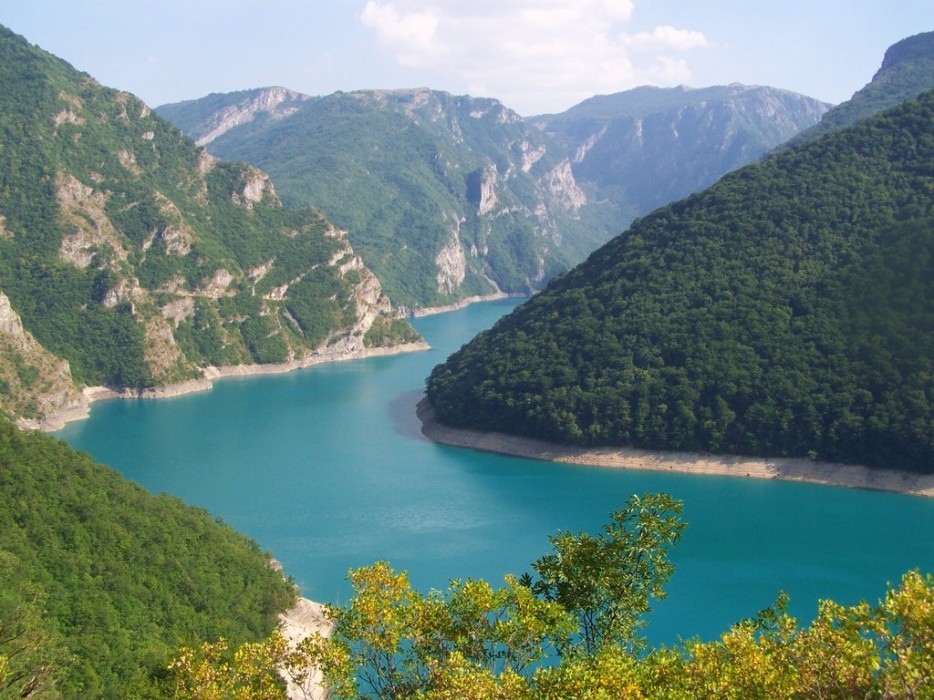 Lake Piva is a reservoir in Montenegro. It is located in the northwest part of the country, in Pluzine Municipality. The surface of the lake is 12.5 km2, the length is 45 km, and the maximum depth is 188 m. The elevation is 675 m from the sea level, making it the most elevated artificial reservoir in the world. The artificial lake is the result of the construction of Mratinje Dam on the Piva river. On the bottom of the lake there is the old town Pluzine; Piva Monastery was also there, but it has been relocated. 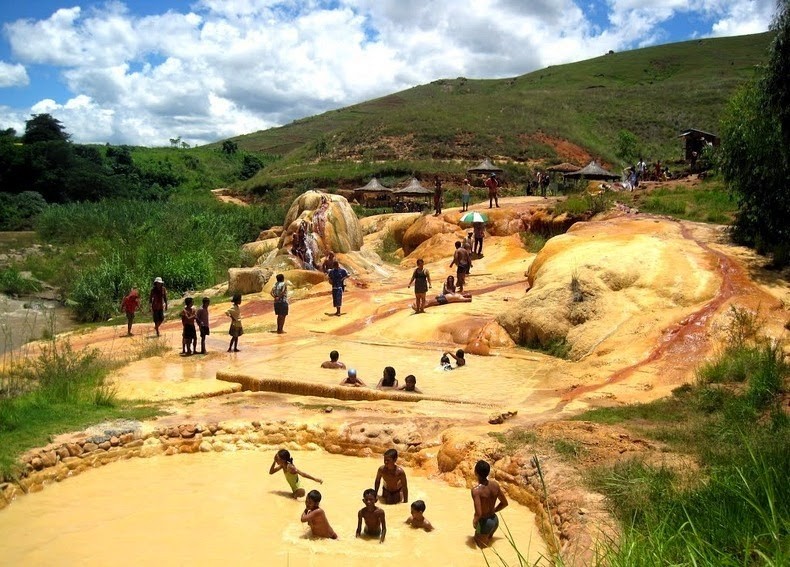 Analavory is a town and commune in Madagascar. It belongs to the district of Miarinarivo, which is a part of Itasy Region. The population of the commune was estimated to be approximately 45,000 in 2001 commune census. Some 12 km north-east from the town are located Analavory Geysers – four man-made cold water geysers due to underground mining. 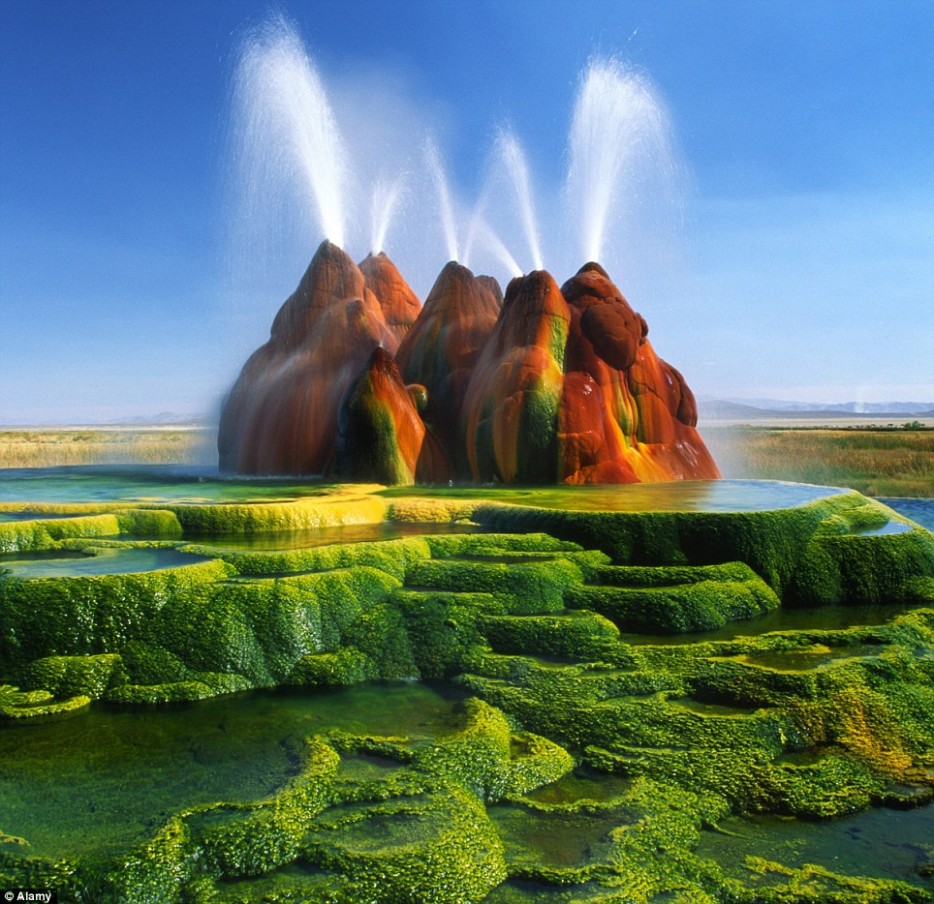 Fly Geyser is not an entirely natural phenomenon; it was accidentally created by well drilling in 1964 exploring for sources of geothermal energy. The well may not have been capped correctly, or left unplugged, but either way dissolved minerals started rising and accumulating, creating the travertine mound on which the geyser sits and continues growing. Water is constantly released, reaching 5 feet (1.5 m) in the air. The geyser contains several terraces discharging water into 30 to 40 pools over an area of 30 hectares (74 acres). The geyser is made up of a series of different minerals, but its brilliant colors are due to thermophilic algae.

14 Awesome Bathroom Creations You Might Not Have Seen Before

This Shelf Looks Radioactive, But It’s All Just an Optical Illusion