You read that right, visiting medieval-style castles doesn’t mean an expensive European vacation, as they can be found scattered across the US. Starting off, we have Belvedere Castle above. This castle is located in Central Park in Manhattan. Featuring exhibit rooms and an observation deck, and since 1919, the castle has also been the location of the official Central Park weather station. It was originally designed by Frederick Law Olmsted and Calvert Vaux in the late 1800s. Continue reading for more. 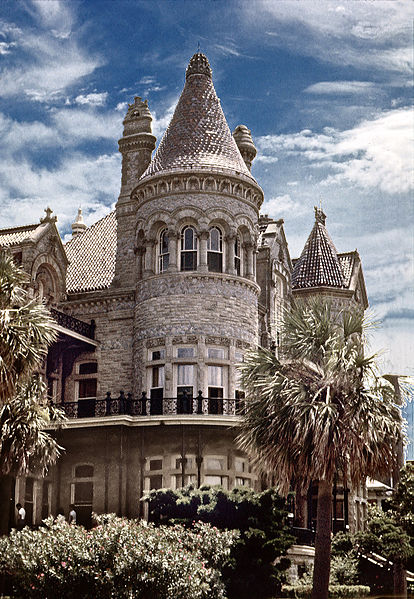 Gresham’s Castle is located on Broadway and 14th Street in the East End Historic District of Galveston, Texas. The American Institute of Architects has listed the home as one of the 100 most significant buildings in the United States, and the Library of Congress has classified it as one of the fourteen most representative Victorian structures in the nation. The Gresham mansion was made all of stone, and was sturdy enough to withstand the great hurricane of 1900. The Greshams welcomed hundreds of survivors of the hurricane into their home. The house was built between 1887 and 1893 by Galveston architect Nicholas J. Clayton for lawyer and politician Walter Gresham. 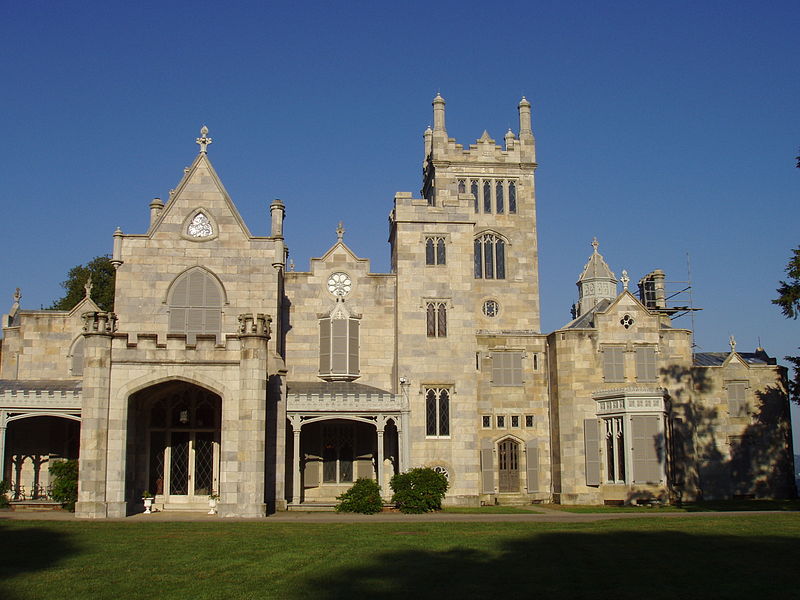 Lyndhurst is a Gothic Revival castle that sits in its own 67-acre (27 ha) park beside the Hudson River in Tarrytown, New York about one-half mile south of the Tappan Zee Bridge on US 9. Designed in 1838 by Alexander Jackson Davis, the house has been owned by New York City mayor William Paulding, Jr., merchant George Merritt, and railroad tycoon Jay Gould. In 1961, Gould’s daughter Anna Gould donated it to the National Trust for Historic Preservation. It is now open to the public. 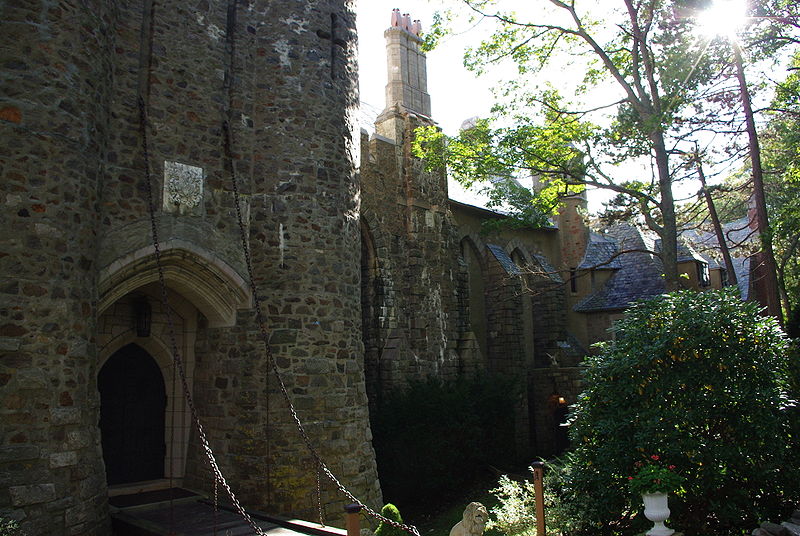 Hammond Castle is located on the Atlantic coast in the Magnolia area of Gloucester, Massachusetts. The castle, which was constructed between 1926 and 1929, was the home and laboratory of John Hays Hammond, Jr. He was an inventor who was a pioneer in the study of remote control and held over four hundred patents. The building is composed of modern and 15th-, 16th-, and 18th-century architectural elements and sits on a rocky cliff overlooking Gloucester Harbor. 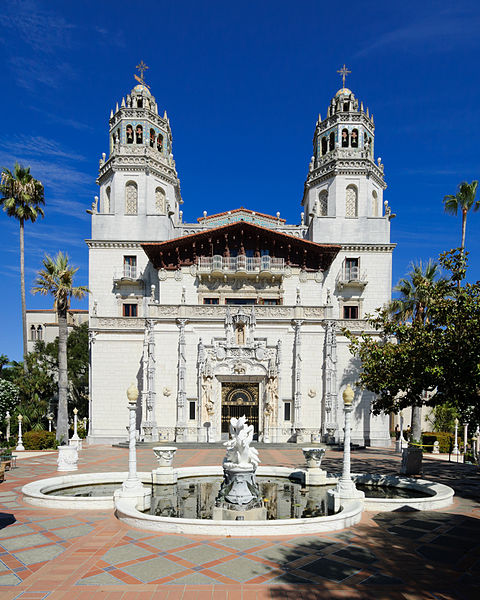 Hearst Castle is a National and California Historical Landmark mansion located on the Central Coast of California, United States. It was designed by architect Julia Morgan between 1919 and 1947 for newspaper magnate William Randolph Hearst, who died in 1951. The California Park Commission voted to approve its inclusion in the California State Park System, and that was approved by the California State Legislature in 1954 (with a proposed admission charge of $1/per person and a 50cents bus ride). However, ironing out the details with the Trustees of the Hearst Estate and the Hearst Corporation took several years. Agreement was finalized in 1957, and it opened in 1958. Since that time it has been maintained as a state historic park where the estate, and its considerable collection of art and antiques, is open for public tours. Despite its location far from any urban center, the site attracts “millions of travelers each year”. 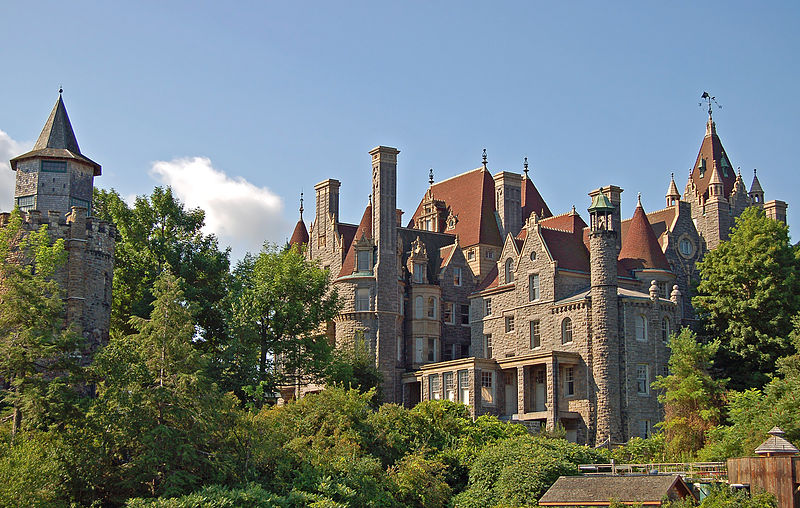 Boldt Castle, located on Heart Island (New York) in the Thousand Islands of the Saint Lawrence River, along the northern border of New York State, is a major landmark and tourist attraction in its region. George Boldt, general manager of the Waldorf-Astoria Hotel in New York City and manager of the Bellevue-Stratford Hotel in Philadelphia, and his family enjoyed an earlier frame cottage on Heart Island (the original island’s name) for several summers, which they greatly expanded. In 1900, the Boldts launched an ambitious construction campaign to build a huge masonry structure, one of the largest private homes in America. They engaged the architectural firm G. W. & W. D. Hewitt and hundreds of workers for a six-story “castle”, a major international landmark. In addition, four other masonry structures on the island are architecturally notable. Equally distinctive is a huge yacht house on a neighboring island where the Boldts had another summer home and a vast estate, incorporating farms, canals, a golf course, tennis courts, stables, and a polo field. The construction of Boldt Castle ceased abruptly in early 1904 after the death of Boldt’s wife, Louise Kehrer Boldt.

Harman Kardon CL Precision Headphones Get 66% Reduction to $85.73 Shipped, This Weekend Only

This is Not a Scene from Avatar, Just the Coolest Wedding Photos Ever