A dirty thunderstorm (also known as Volcanic lightning) is a weather phenomenon that is related to the production of lightning in a volcanic plume. A study in the journal Science indicated that electrical charges are generated when rock fragments, ash, and ice particles in a volcanic plume collide and produce static charges, just as ice particles collide in regular thunderstorms. Continue reading for more. 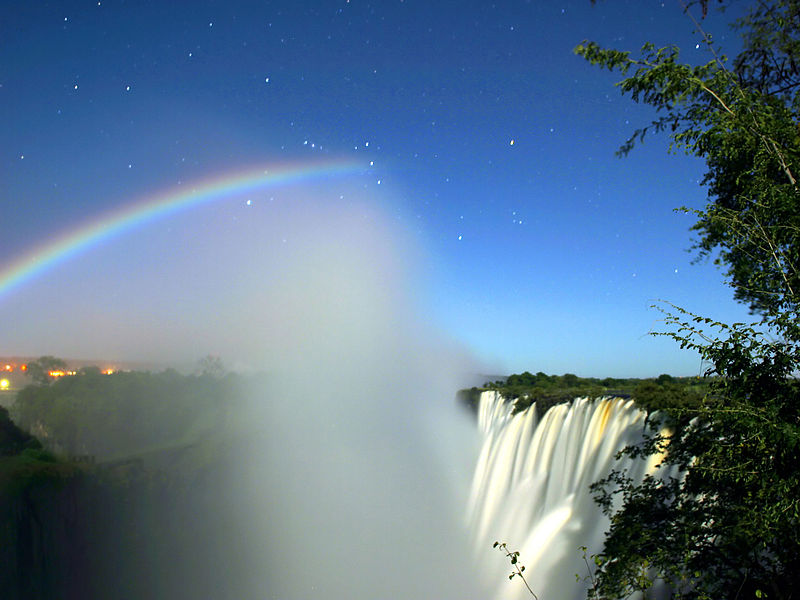 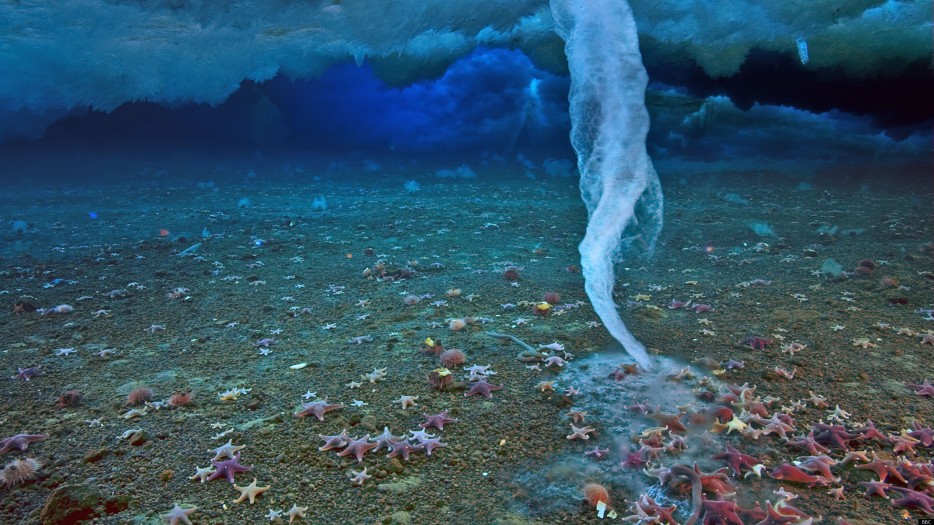 A brinicle forms beneath sea ice when a flow of extremely cold, saline water is introduced to an area of ocean water, being the undersea equivalent of a hollow stalactite or icicle. A brinicle can, under the proper conditions, reach down to the seafloor. To do so, the flow of supercold brine from the pack ice overhead must continue, the surrounding water must be significantly less saline than the brine, the water cannot be very deep, the overhead sea ice pack must be still, and currents in the area must be minimal or still. If the surrounding water is too saline, its freezing point will be too low to create a significant amount of ice around the brine plume. If the water is too deep, the brinicle is likely to break free under its own weight before reaching the seafloor. If the icepack is mobile or currents too strong, strain will break the brinicle. 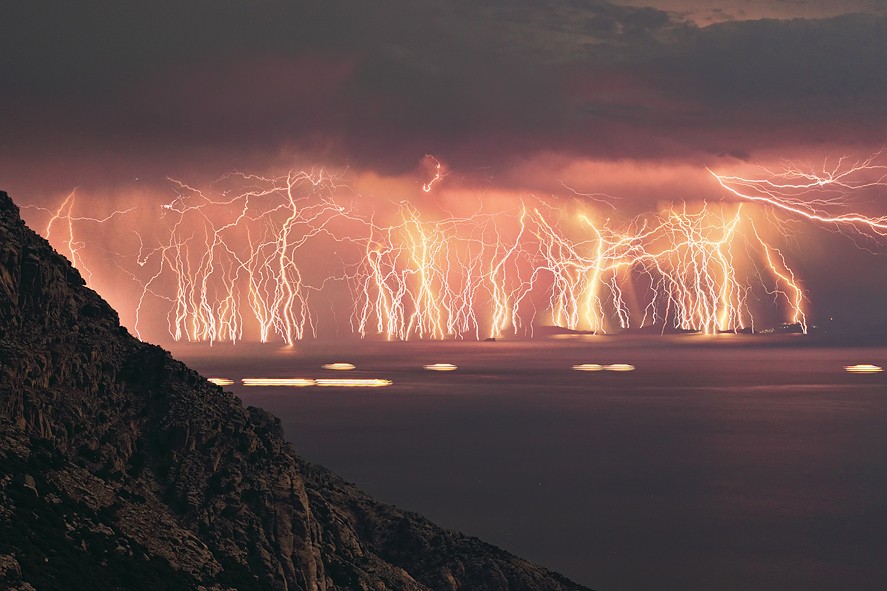 The Catatumbo Lightning is an atmospheric phenomenon in Venezuela. It occurs only over the mouth of the Catatumbo River where it empties into Lake Maracaibo. The frequent, powerful flashes of lightning over this relatively small area are considered to be the world’s largest single generator of tropospheric ozone. It originates from a mass of storm clouds at a height of more than 5 km, and occurs during 140 to 160 nights a year, 10 hours per day and up to 280 times per hour. It occurs over and around Lake Maracaibo, typically over the bog area formed where the Catatumbo River flows into the lake. 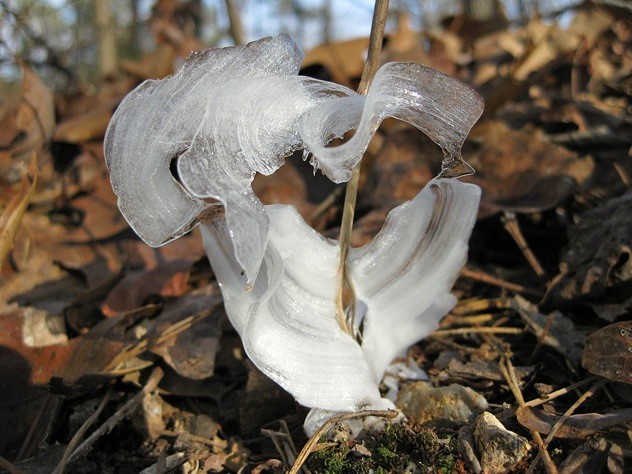 A frost flower is a name commonly given to a condition in which thin layers of ice are extruded from long-stemmed plants in autumn or early winter. The thin layers of ice are often formed into exquisite patterns that curl into “petals” that resemble flowers. The formation of frost flowers is dependent on a freezing weather condition occurring when the ground is not already frozen. The sap in the stem of the plants will expand (water expands when frozen), causing long, thin cracks to form along the length of the stem. Water is then drawn through these cracks via capillary action and freezes upon contact with the air. As more water is drawn through the cracks it pushes the thin ice layers further from the stem, causing a thin “petal” to form. In the case of woody plants and (living or dead) tree branches the freezing water is squeezed through the pores of the plant forming long thin strings of ice that look uncannily like hair i.e. “hair ice” or “frost beard”. 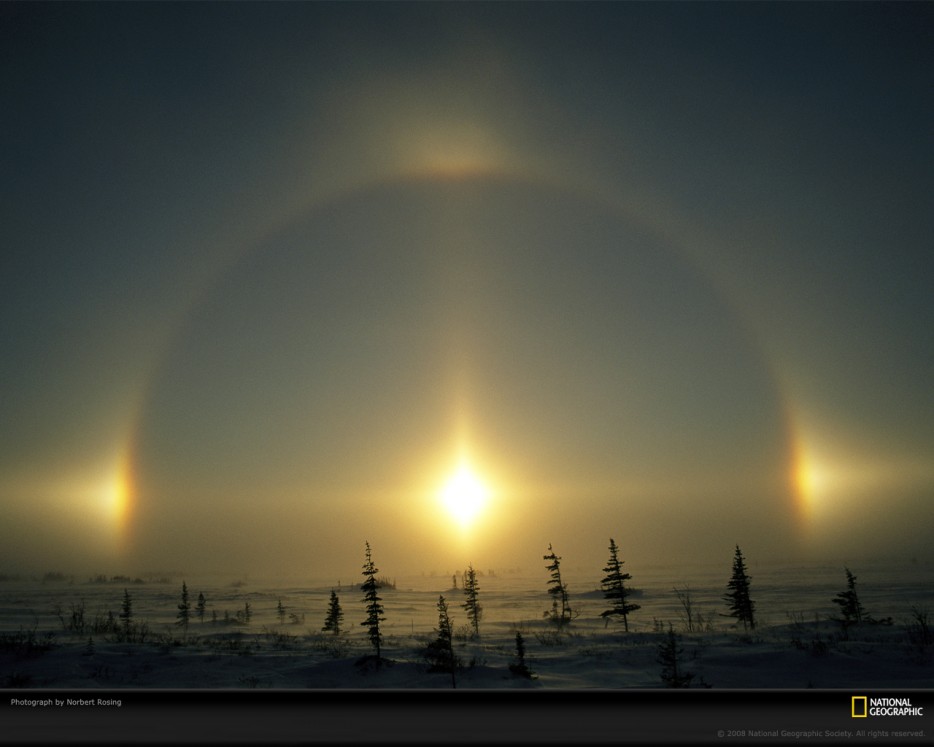 Sun dogs are an atmospheric phenomenon that consists of a pair of bright spots on either side on the sun, often co-occurring with a luminous ring known as a (22°) halo. Sun dogs are a member of a large family of halos, created by light interacting with ice crystals in the atmosphere. Sun dogs typically appear as two subtly-colored patches of light to the left and right of the sun, approximately 22° distant and at the same elevation above the horizon as the sun. They can be seen anywhere in the world during any season, but they are not always obvious or bright. Sun dogs are best seen and are most conspicuous when the sun is low.