Think the Star Trek universe meets The Undersea World of Jacques Cousteau, the Water Discus hotel is scheduled to open in Dubai with backing from a Swiss company, and just might be one of the most bizarre construction projects ever proposed. It was designed by Deep Ocean Technology and its 21 suites will be housed in two main discs: one above water, one below. Luxury facilities include a bar and even a dive center to boot. Continue reading for more. 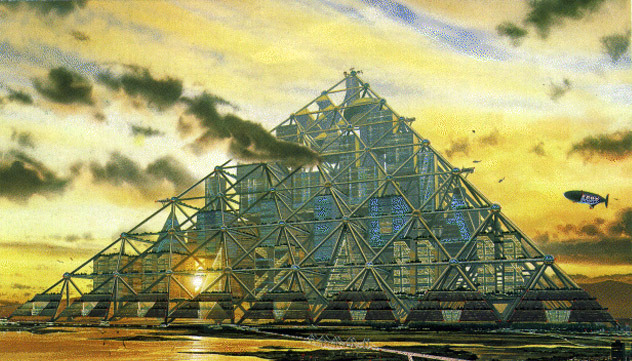 The Shimizu TRY 2004 Mega-City Pyramid is a hypothetical project for construction of a massive pyramid over Tokyo Bay in Japan. The structure would be more than 14 times as high as the Great Pyramid at Giza, and would house 1,000,000 people. The structure would be 2000 meters (6,561 feet) above mean sea level, including 5 stacked trusses, each with similar dimensions to that of the great pyramid of Giza. This pyramid would help answer Tokyo’s increasing lack of space, although the project would only handle 1/47th of the Greater Tokyo Area’s population. 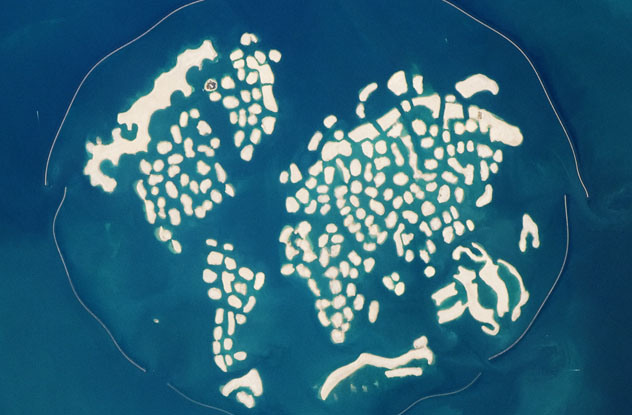 The World is an artificial archipelago of various small islands constructed in the rough shape of a world map, located 4.0 kilometres (2.5 mi) off the coast of Dubai, United Arab Emirates. The World islands are composed mainly of sand dredged from Dubai’s shallow coastal waters, and are one of several artificial island developments in Dubai. As of late 2013, only two of the islands had been developed. In January, 2014, Kleindienst Group announced the launch of “The Heart of Europe” project; by February, 2014, one of Kleindienst Group’s brands – JK Properties’ announced in their monthly newsletter that the project was “well underway”. The first of these series of islands will be Germany, with development led by Kleindienst Group, the Developer for The Heart of Europe project. 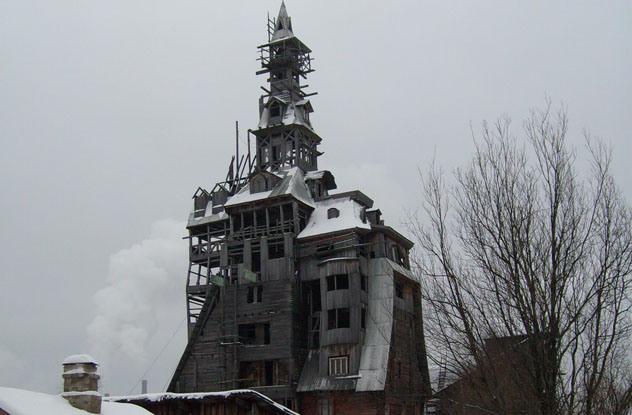 The Sutyagin House was a wooden house in Arkhangelsk, Russia. The 13-story, 144-foot-tall residence (44 m) of the local entrepreneur Nikolai Petrovich Sutyagin was reported to be the world’s, or at least Russia’s, tallest wooden house. Constructed by Mr. Sutyagin and his family over 15 years (starting in 1992), without formal plans or a building permit, the structure deteriorated while Mr. Sutyagin spent a number of years in prison for racketeering. In 2008, it was condemned by the city as a fire hazard, and the courts ordered it to be fully demolished by February 1, 2009. On December 26, 2008, the tower was pulled down, and the remainder was dismantled manually over the course of the next several months. The remaining four-story structure burned to the ground on May 6, 2012. 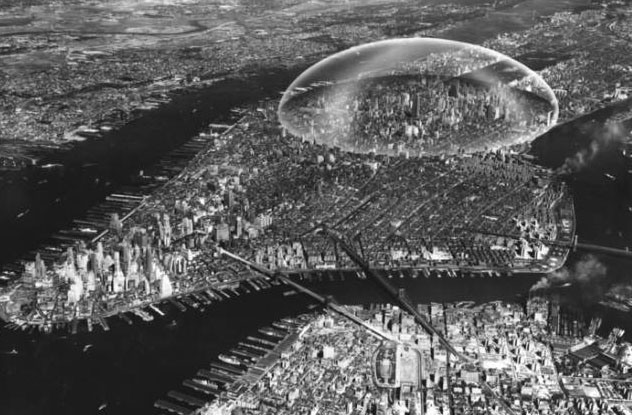 During the 1960s and 1970s, the domed city concept was widely discussed outside the confines of science fiction. In 1960, visionary engineer Buckminster Fuller described a 3 km geodesic dome spanning Midtown Manhattan that would regulate weather and reduce air pollution. In most descriptions, the dome is airtight and pressurized, creating a habitat that can be controlled for air temperature, composition and quality, typically due to an external atmosphere (or lack thereof) that is inimical to habitation for one or more reasons. Domed cities have been a fixture of science fiction and futurology since the early 20th century, and may be situated on Earth, a moon or other planet. 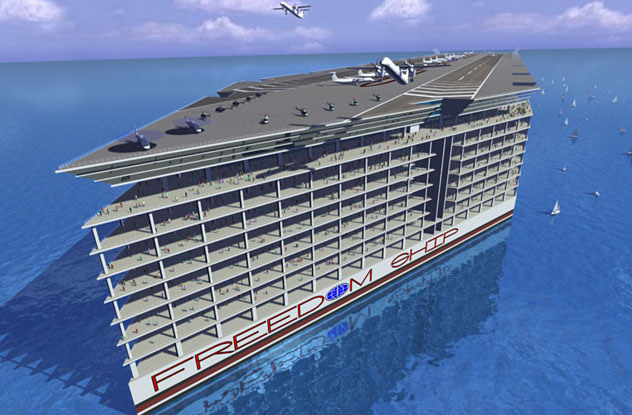 Freedom Ship is a floating city project initially proposed in the late 1990s. It was so named because of the “free” international lifestyle facilitated by a mobile ocean colony, though the project would not be a conventional ship, but rather a series of linked barges. The Freedom Ship project envisions a 1,317m (0.818 miles)-long integrated city with condominium housing for 50,000 people, an airstrip to accommodate turboprop aircraft, duty-free shopping and other facilities, large enough to require rapid transit. The complex would circumnavigate the globe continuously, stopping regularly at ports of call.