The Cheyenne Mountain nuclear bunker is a Cold War hardened installation with NORAD centers and associated computer systems in warm standby such as the Alternate Command Center for the nearby Peterson AFB NORAD-NORTHCOM Command Center. It was designed for a 30 megaton nuclear explosion. The bunker includes the renovated Missile Warning Center and prior to the 2006-08 realignment, operations were “conducted at five major centers…the Command Center, Air Warning, Missile Correlation, Operations Intelligence Watch, and Space Control – by approximately 658 people, including support personnel.” Continue reading for more. 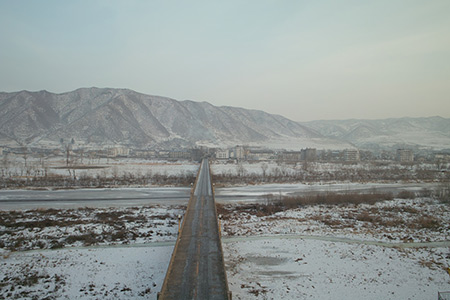 The Tumen River is a 521 km-long river that serves as part of the boundary between China, North Korea, and Russia, rising in Mount Paektu and flowing into the Sea of Japan. The Tumen has been used for years by North Korean refugees defecting across the Chinese border. Although the Tumen is heavily patrolled by armed guards of North Korea, the river is considered the preferred way to cross into China because, unlike the swift, deep and broad Yalu River which runs along most of the border between the two countries, the Tumen is shallow and narrow. “It is easily crossed in spots on foot or by swimming,” according to a 2006 article in The New York Times. 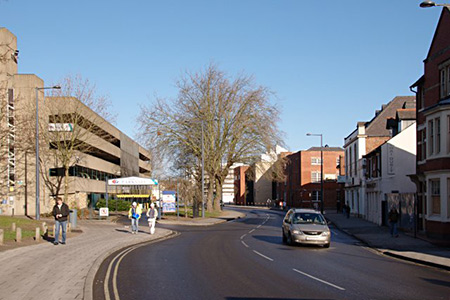 Bold Lane is a multi-storey car park in Derby, Derbyshire, England named after the road on which it lies. A 10-floor building with 440 parking bays, it is open 24 hours a day. Operated by Parksafe Systems, it has been listed as one of the most secure places in the world in a general interest news report. On entrance to the car park the driver is issued with a barcoded ticket. This barcode is scanned by a ticket machine and linked to a specific parking bay when the driver types in the bay number. This activates the specially-designed motion sensor located in the ground beneath the car. When the driver returns they may only gain entrance to the building using their ticket and, on payment of the parking charges, the sensor is turned off. 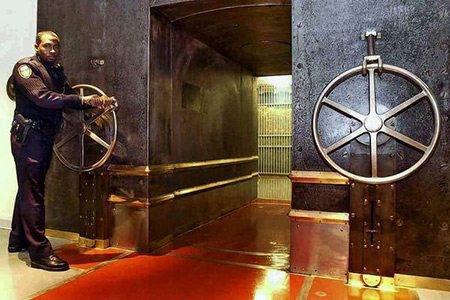 Storing over $194-billion worth of gold makes extensive security measures mandatory at the New York Federal Reserve. For starters, there’s continuous supervision by the vault control group, which also prevents problems from arising by ensuring that proper security procedures are followed. The Bank and its vaults are secured by the Bank’s own uniformed protection force. Twice a year, each federal officer must qualify with a handgun, shotgun and rifle at the Bank’s firing range. Although the minimum requirement is a marksman’s score, most qualify as experts. 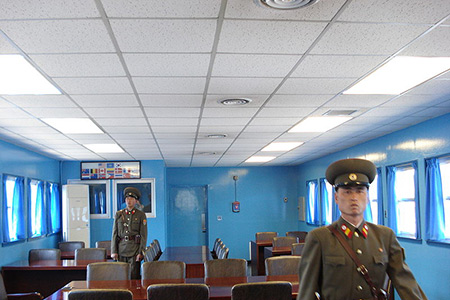 The Korean Demilitarized Zone is a strip of land running across the Korean Peninsula that serves as a buffer zone between North and South Korea. Both sides place guards between the blue meeting houses, where the demarcation line is marked by blocks of concrete. South Korean guards in this area are armed with pistols, and stand in a modified Tae Kwon Do stance with solid facial expressions, clenched fists, and sunglasses, which is meant to intimidate the North Koreans. They must be at least 170 cm tall, and have a black belt in Tae Kwon Do or Judo. 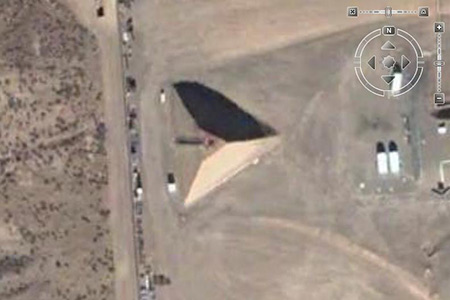 The area surrounding the lake is permanently off-limits both to civilian and normal military air traffic. Security clearances are checked regularly; cameras and weaponry are not allowed. Even military pilots training in the NAFR risk disciplinary action if they stray into the exclusionary “box” surrounding Groom’s airspace. Surveillance is supplemented using buried motion sensors. Area 51 is a common destination for Janet, the de facto name of a small fleet of passenger aircraft operated on behalf of the United States Air Force to transport military personnel, primarily from McCarran International Airport.