People have been calling the Blue Dragon a real-life Pokemon, thanks to the dark blue stripes on its head, a tapering body which is flattened, and six appendages which branch out into rayed, finger-like cerata. These sea slugs feed on other pelagic creatures including the venomous cnidarian, the Portuguese Man o’ War. Because the sea slug stores stinging nematocysts from the cnidarian within its own tissues, a human picking up the sea slug may receive a very painful sting. Continue reading for more. 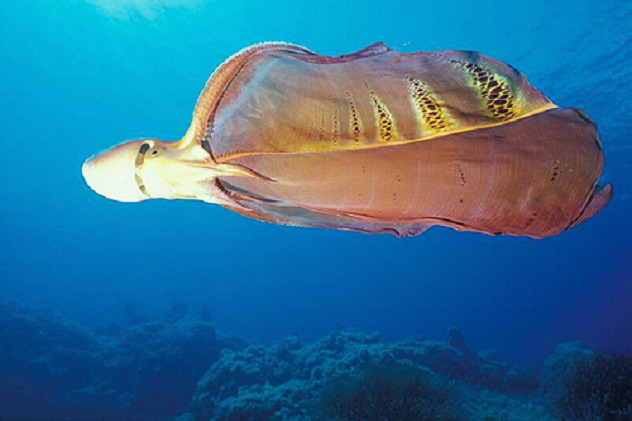 Blanket octopuses are known for their long transparent webs that connect the dorsal and dorsolateral arms of the adult females. The other arms are much shorter and lack webbing. The male dies shortly after mating. The females carry over 100,000 tiny eggs attached to a sausage-shaped calcareous secretion held at the base of the dorsal arms and carried by the female until hatching. Blanket octopuses are immune to the poisonous Portuguese man o’ war, whose tentacles the male and immature females rip off and use for defensive purposes. 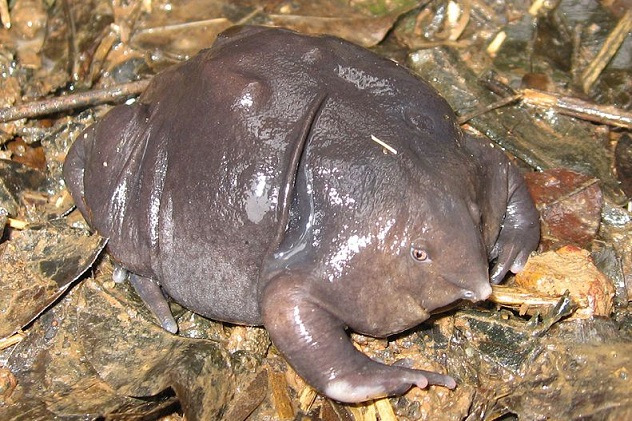 The Indian Purple Frog can be found in the Western Ghats in India. Tadpoles of the species had been described in 1917 by Nelson Annandale and C. R. Narayan Rao as having oral suckers that allowed them to live in torrential streams. Suckers are also present in rheophilic fishes of genera such as Glyptothorax, Travancoria, Homaloptera and Bhavania, adaptations that are the result of convergent evolution. Its vocalization is a drawn-out harsh call that sounds similar to a chicken clucking. 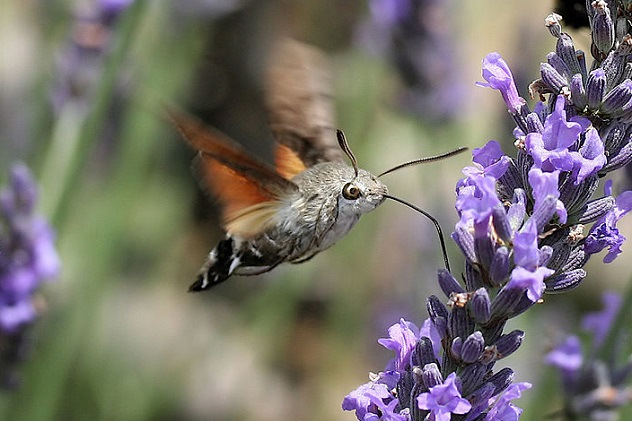 The hummingbird hawk-moth is a species of Sphingidae. Its long proboscis and its hovering behaviour, accompanied by an audible humming noise, make it look remarkably like a hummingbird while feeding on flowers. The resemblance to hummingbirds is an example of convergent evolution. It flies during the day, especially in bright sunshine, but also at dusk, dawn, and even in the rain, which is unusual for even diurnal hawkmoths. Its visual abilities have been much studied, and it has been shown to have a relatively good ability to learn colors. 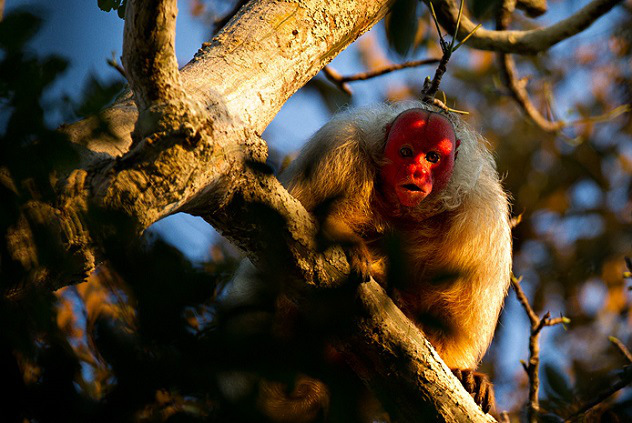 The bald uakari (Cacajao calvus) or bald-headed uakari is a small New World monkey characterized by a very short tail; bright, crimson face; a bald head; and long coat. The bald uakari is restricted to v�rzea forests and other wooded habitats near water in the western Amazon of Brazil and Peru. 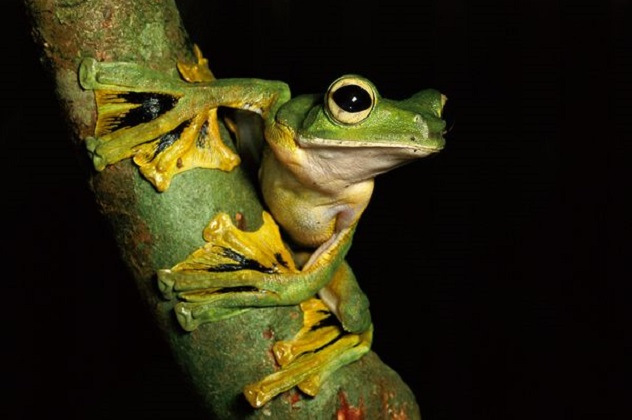 A flying frog is a frog that has the ability to descend at an angle of less than 45° relative to the horizontal. Gliding flight has evolved independently among 3,400 species of frogs from both New World (Hylidae) and Old World (Rhacophoridae) families. This parallel evolution is seen as an adaptation to their life in trees, high above the ground. Characteristics of the Old World species include “enlarged hands and feet, full webbing between all fingers and toes, lateral skin flaps on the arms and legs, and reduced weight per snout-vent length”.