There’s nothing special about x-rays themselves, but some of the images have wild and strange stories attached. For example, the story behind the x-ray above was that Patrick Lawler went into the dentist complaining of a toothache, but the pain was actually caused by a four-inch nail that he accidentally impaled himself with days earlier. Continue reading to see and read about five more bizarre x-ray stories. 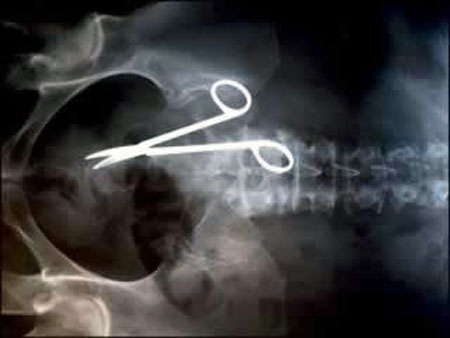 Pat Skinner of Australia had a previous operation in which a pair of 6-inch scissors were left in his abdomen. Unfortunately, he didn’t find out until some time later, when he complained about abdominal pain. 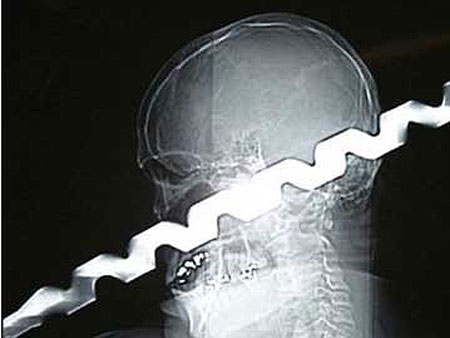 In case of a ladder accident, be sure to not have an 18-inch drill bit sitting around. This man fell off a ladder and landed face first on said drill bit. Fortunately, he came out of the incident relatively unscathed, sans one of his eyes. 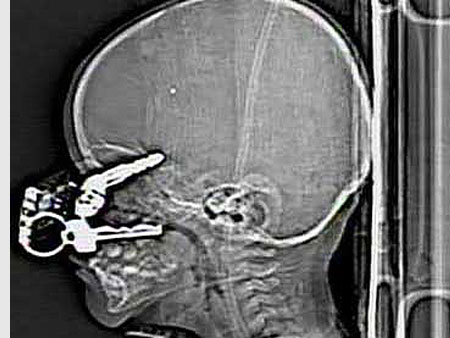 This toddler was at the wrong place and time. Somehow, his parent’s keys got jammed in his eyes and entered the brain area. However, on the bright side, the toddler made a full recovery after 2-months. 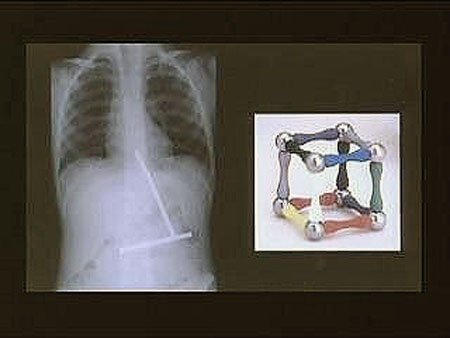 Ever wonder why they still put age ratings on toys? Well, this accident would be one reason. A young boy managed to swallow two magnetic toys and they joined together in his stomach, causing massive pains. 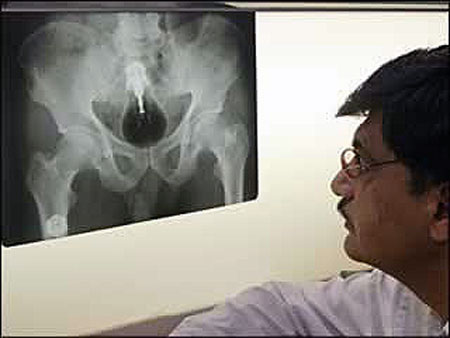 This could quite possibly be the strangest accident ever. A man purports that he went to bed one night and woke up with a light bulb stuck up his rectum, mysteriously. Let’s just hope doctors were able to remove it in one piece and not shards.

If Street Fighter 2 Had a Portal Gun