Video game systems are great for playing games, made into guitars, works of art, and even coffee tables. Our team has compiled five of the weirdest video game console mods for your viewing enjoyment. Continue reading to see them all. 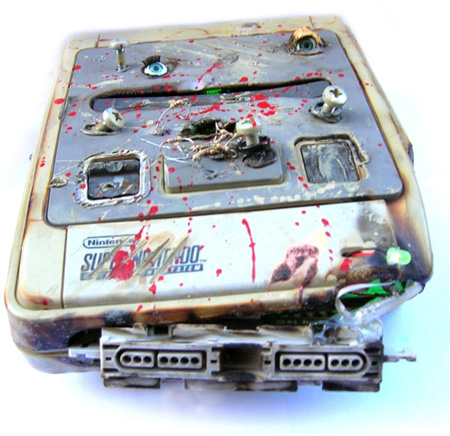 More art piece than functional game console, the Game Over Super NES / Super Famicom mod transformed an otherwise normal-looking system into something you’d find in a horror movie. Plus, it has got “an eerie glowing green LED to give it that extra ooky feeling when the lights are off.” 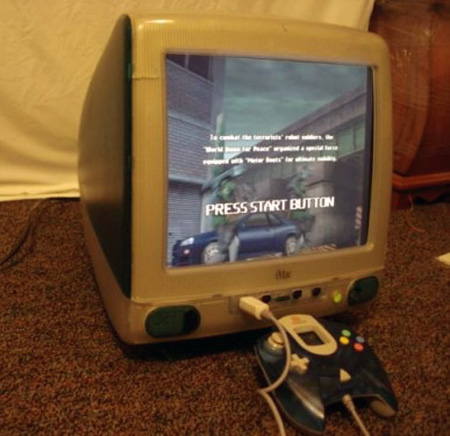 Unsuspecting gamers may pass the iCast off as just another iMac, but upon closer inspection, you’ll realize that it’s fully capable of playing SEGA Dreamcast games. Just about everything was gutted in the original computer and replaced with all new internals, display included. 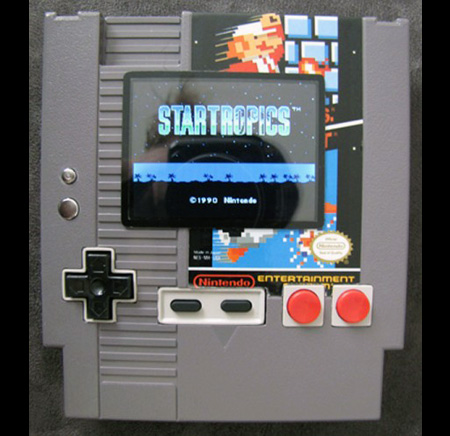 It may not play the latest games, but the NES System in a Cartridge can’t be beat for retro 8-bit gaming on-the go, or at least in a case like no other. The unit features a 2.8-inch display, original NES controller keys, and most importantly, a replaceable batteries. 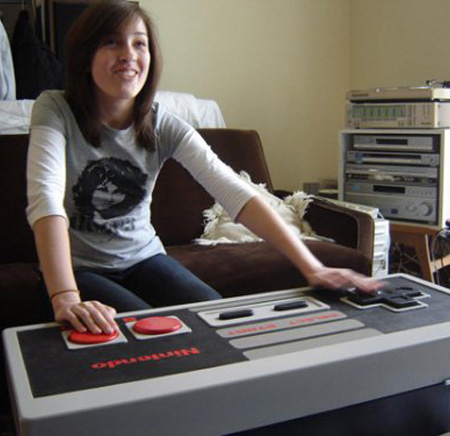 When is a coffee table, not just a coffee table? When it’s shaped like a giant NES controller that actually works. Called the Super Coffee Table, this creation is not only functional, but opens up to reveal storage space for cartridges, accessories, and more. 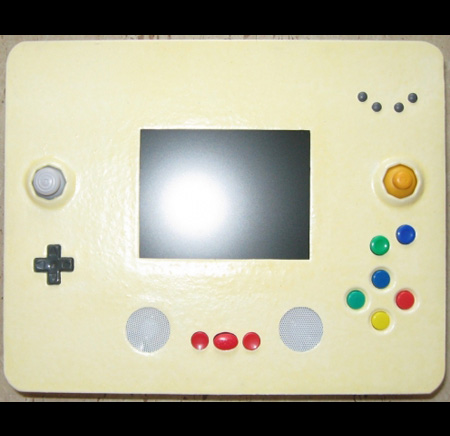 No weird video game system list would be complete without a portable contraption, like Bacteria’s Multi-Platform. This device may look strange, but its modular design is sheer genius for a custom system capable of accepting real game cartridges. In addition to N64 games, it works with Jaguar, MegaDrive 2, and SNES titles as well. 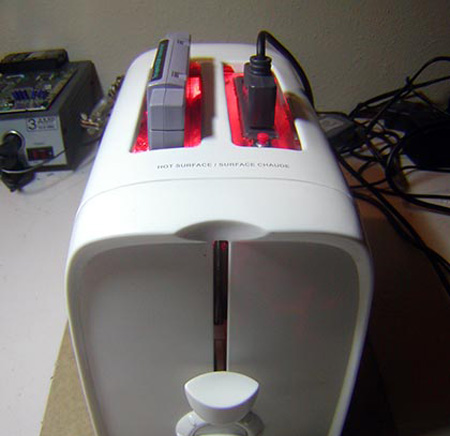 The Super Nintoaster won’t turn bread into toast, but it’s most certainly up for some classic SNES gaming. This mod consists of “a toaster, four different types of adhesives, magnets ripped from a broken hard drive, six orange LEDs, a bunch of resistors, plexiglass, and many many spare wires.”