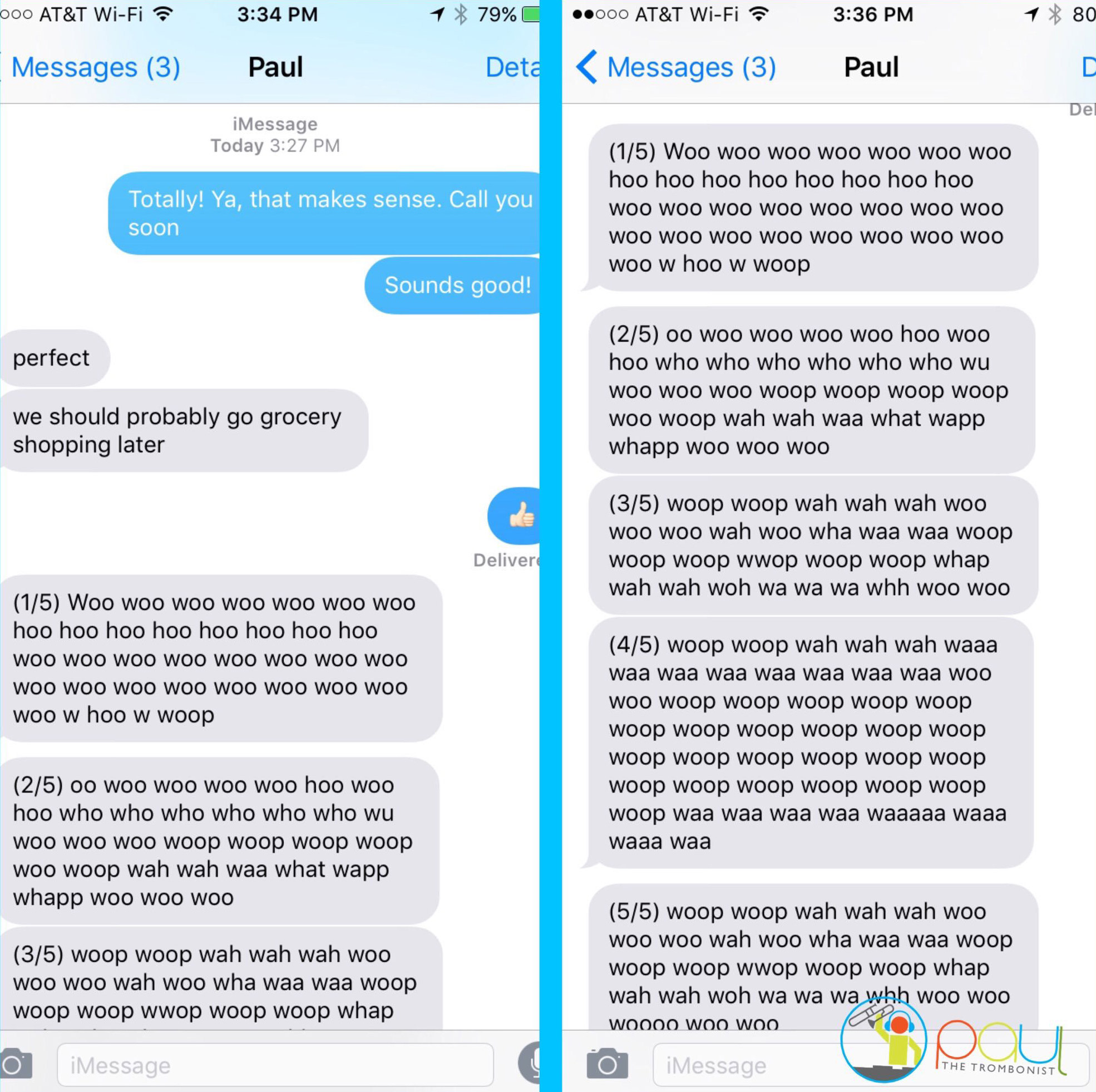 Photo credit: JazzTrombonist
Musician Paul Nowell, also known as “Paul the Trombonist” on Twitter, accidentally activated his iPhone’s voice recognition system during a trombone-playing session and what happened next? Apple’s iMessage turned those musical notes into actual words, and to date, his Tweet has already received over 67,000 Retweets and 205,000 Likes since it was posted nearly 1.5-years ago. Read more for a video demonstration showing what exactly happened.

Paul graduated from Berklee College of Music on scholarship where he studied with some of other notable trombonists such as Phil Wilson, and he’s even performed with Family Guy creator Seth MacFarlane and singer Frankie Valli. Does his name sound familiar? If so, it’s probably because he’s often fused his music, on stage, with the comedian Sinbad’s performances.

Airbus Ends Production of A380 Superjumbo, Will Deliver Last Planes in 2021