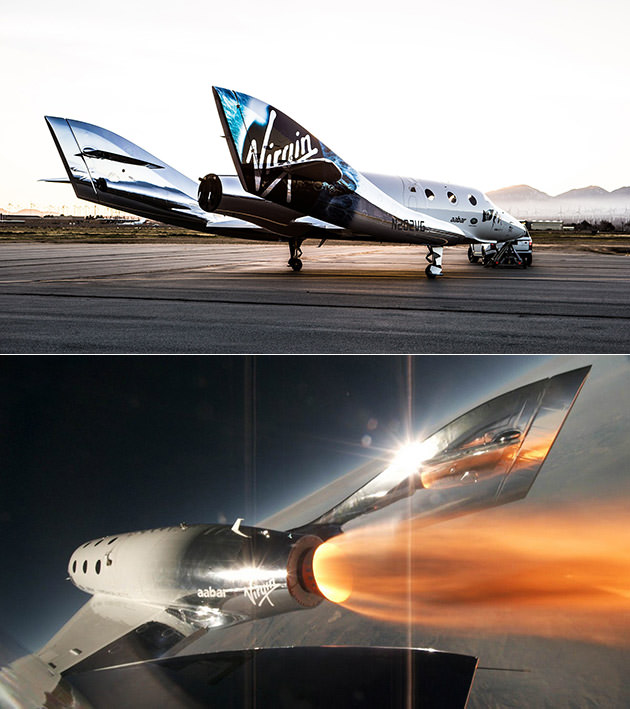 Virgin Galactic’s VSS Unity was carried by WhiteKnightTwo to an altitude of 46,500ft before it was released into the atmosphere. Test pilots Dave Mackay and Mike ‘Sooch’ Masucci started the rocket motor before pulling up into a near vertical climb at 2.47 times the speed of sound. The 42-second rocket burn took the Unity through the Stratosphere and at 170,800 ft, into areas of the atmosphere known as the Mesosphere, for the first time. Continue reading for another video and more information.

“VSS Unity Pilot Michael ‘Sooch’ Masucci said the view was ‘totally amazing; a million dollar view’ – although Virgin Galactic says tickets on the ship will cost $250,000. As it has been on previous flights, Unity’s cabin was equipped to gather data vital to the future safety and experience of our astronaut customers. These cabin analysis systems record a host of parameters that are designed to help us further understand the environment inside the cabin during powered flight – temperatures, pressures, humidity, acoustics, thermal response, vibration, acceleration and even radiation,” according to The Daily Mail.