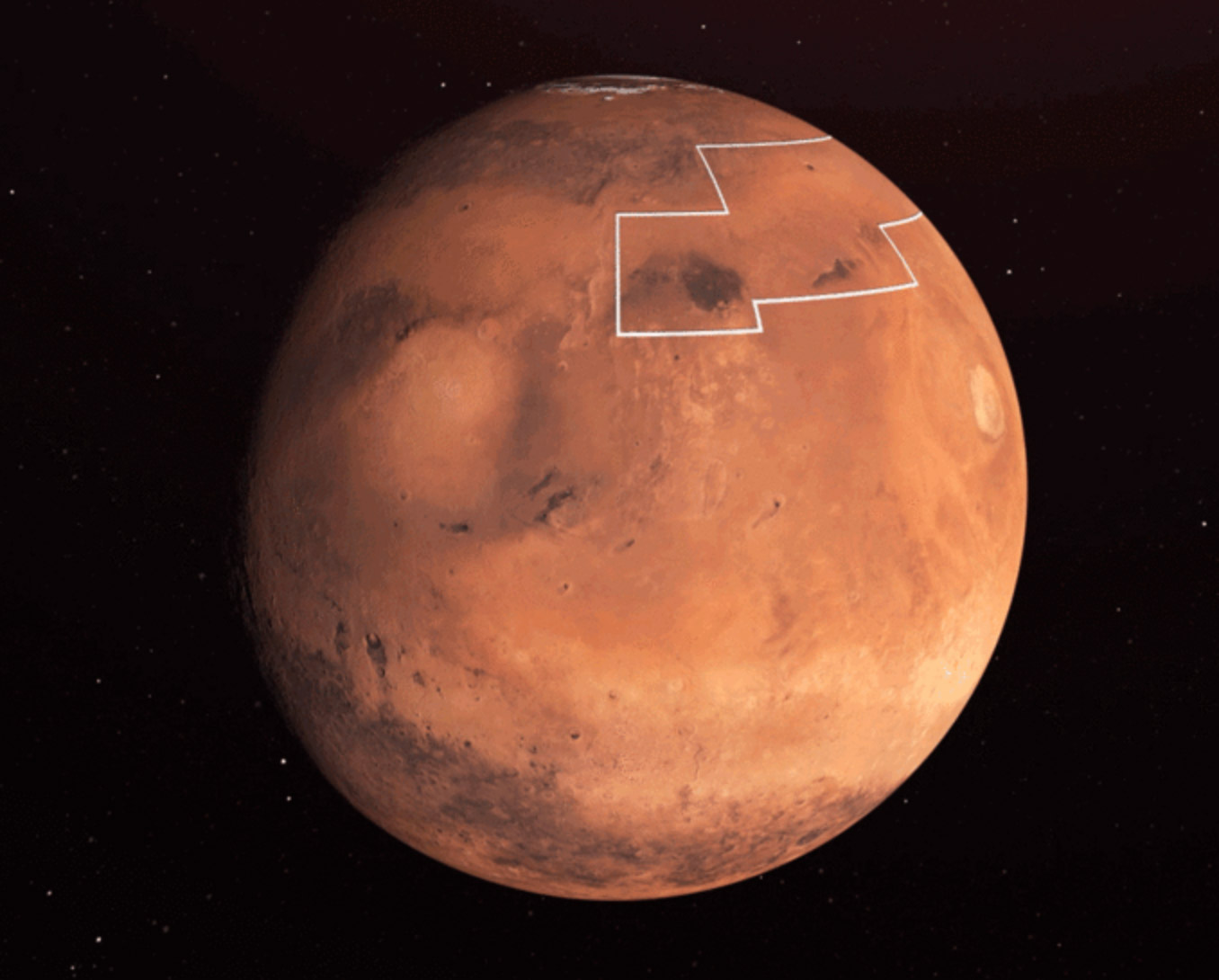 NASA published in a new paper that provides a map of water ice believed to be as little as an inch below the surface of Mars. This finding will be a key consideration for any potential landing site due to such little room to spare aboard a spacecraft, any human missions to Mars will have to harvest what’s already available for drinking water and making rocket fuel. Liquid water can’t be sustained in the thin air of Mars since due to its minimal air pressure, it evaporates from a solid to a gas when exposed to the atmosphere. Read more for a video and additional information.

Martian water ice is locked away underground throughout the planet’s mid-latitudes, and so far, the regions near the poles have been studied by NASA’s Phoenix lander, which scraped up ice. The MRO has captured many images from space of meteor impacts that have excavated this ice. To find ice that astronauts could easily dig up, the study’s authors used two heat-sensitive instruments: MRO’s Mars Climate Sounder and the Thermal Emission Imaging System (THEMIS) camera on Mars Odyssey.

You wouldn’t need a backhoe to dig up this ice. You could use a shovel. We’re continuing to collect data on buried ice on Mars, zeroing in on the best places for astronauts to land,” said the paper’s lead author, Sylvain Piqueux of NASA’s Jet Propulsion Laboratory in Pasadena, California.