Most gamers know that the original Shantae: Risky’s Revenge for the Game Boy Color (2002) is an extremely rare game and so much so that used copies are selling for over $500 on eBay. Or, if you want the game in collectible sealed and graded condition, expect to shell out $10,000. If you never knew this game existed, players basically take the role of Shantae, a half-genie who must explore various areas in order to stop her nemesis, an evil pirate named Risky Boots. Read more for a video announcing the re-release of this game by WayForward on the Switch and Xbox One.

Prefer a physical copy of this game? Limited Run Games has you covered, as they’ll be shipping a physical version of Shantae: Risky’s Revenge for the Nintendo Switch. That’s right, you’ll be able to use Shantae’s hair-whipping attack and magic spells to defeat enemies on both the Nintendo Switch as well as the Xbox One. 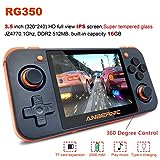 
By popular demand, Shantae: Risky's Revenge – Director's Cut is coming to Switch and Xbox One digitally this fall! A physical Switch version of this classic action-adventure is also on the way from @LimitedRunGames! pic.twitter.com/TpxW34TTFC

Don’t Pay $33, Get the Tribit XFree Go Wireless Headphones for $21.99 Shipped – Today Only