Japan-based Donut Robotics unveils the C-Face Smart Mask, an internet-connected face covering that can transmit messages and translate from Japanese into eight other languages, all in real-time. This plastic device fits snugly over standard face masks and connects to a smartphone / tablet application over Bluetooth, enabling it to transcribe speech into text messages, make calls, or amplify the mask wearer’s voice. Read more for a video and additional information.

At $40, the company built their first prototype connected mask within a month by adapting translation software developed for its robot and a mask design that one of the company’s engineers created four years ago for a student project to interpret speech by mapping face muscles. The first shipment of 5,000 masks will arrive in Japan starting September, with later batches set for China, the United States and Europe. 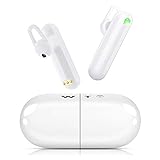 We worked hard for years to develop a robot and we have used that technology to create a product that responds to how the coronavirus has reshaped society,” said Taisuke Ono, the chief executive of Donut Robotics.

WayForward is Releasing Shantae: Risky’s Revenge Director’s Cut on the Nintendo Switch and Xbox One