It’s not everyday that you get to see rock samples from the lunar surface (gray) or Mars (dark), but Sarah Horst, an Assistant Prof of Planetary Science at Johns Hopkins University, managed to hold both in her hand. Apparently, the latter made its way to Earth after something collided with Mars, and sent rocks flying through space, before entering Earth. Continue reading for an up-close image and a bonus video. 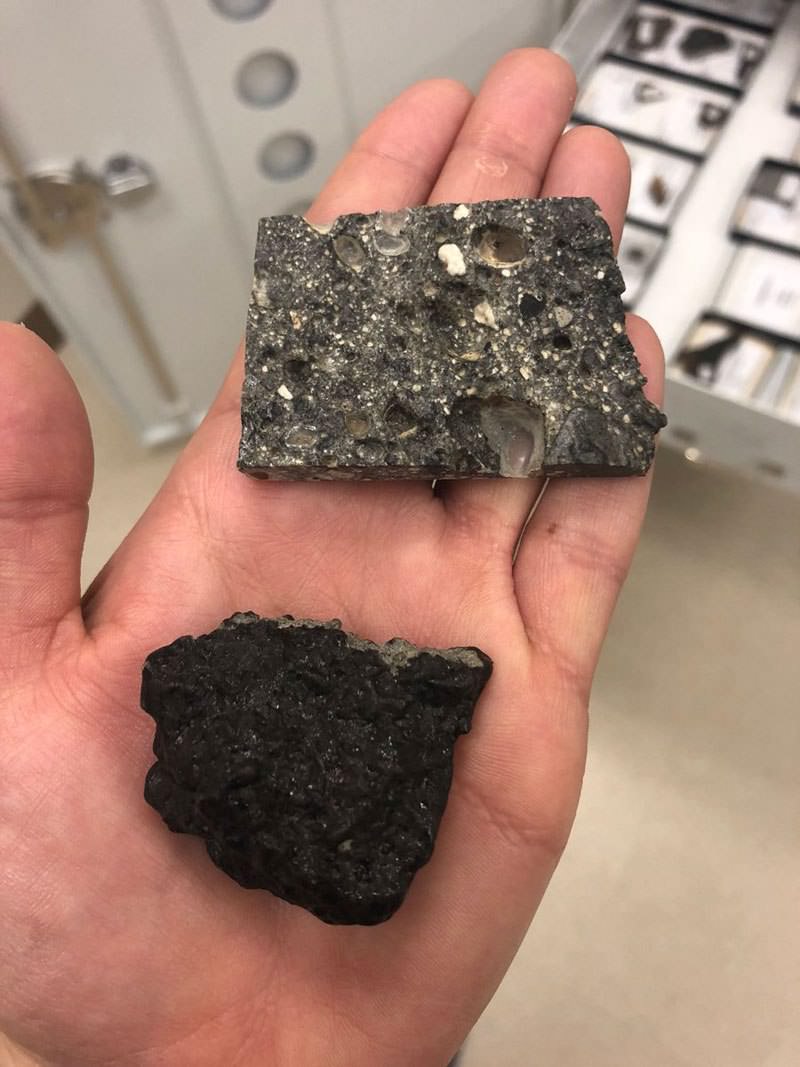 “The black one is the Martian one, the gray one is the moon. They were able to tell it was from Mars by the rock’s chemical composition and isotopes. The two rocks now have their own Twitter account,” according to Twisted Sifter.