The Bell AH-1Z Viper is a twin-engine attack helicopter based on the AH-1W SuperCobra, that was developed for the United States Marine Corps (USMC). The AH-1Z features a four-blade, bearingless, composite main rotor system, uprated transmission, and a new target sighting system. It incorporates new rotor technology with upgraded military avionics, weapons systems, and electro-optical sensors in an integrated weapons platform. It has improved survivability and can find targets at longer ranges and attack them with precision weapons. The Z-model’s integrated avionics system (IAS) has been developed by Northrop Grumman. The system includes two mission computers and an automatic flight control system. Each crew station has two 8 x 6-inch multifunction liquid crystal displays (LCD) and one 4.2 x 4.2-inch dual function LCD display. Continue reading for more. Click here for more pictures of the AH-1Z. 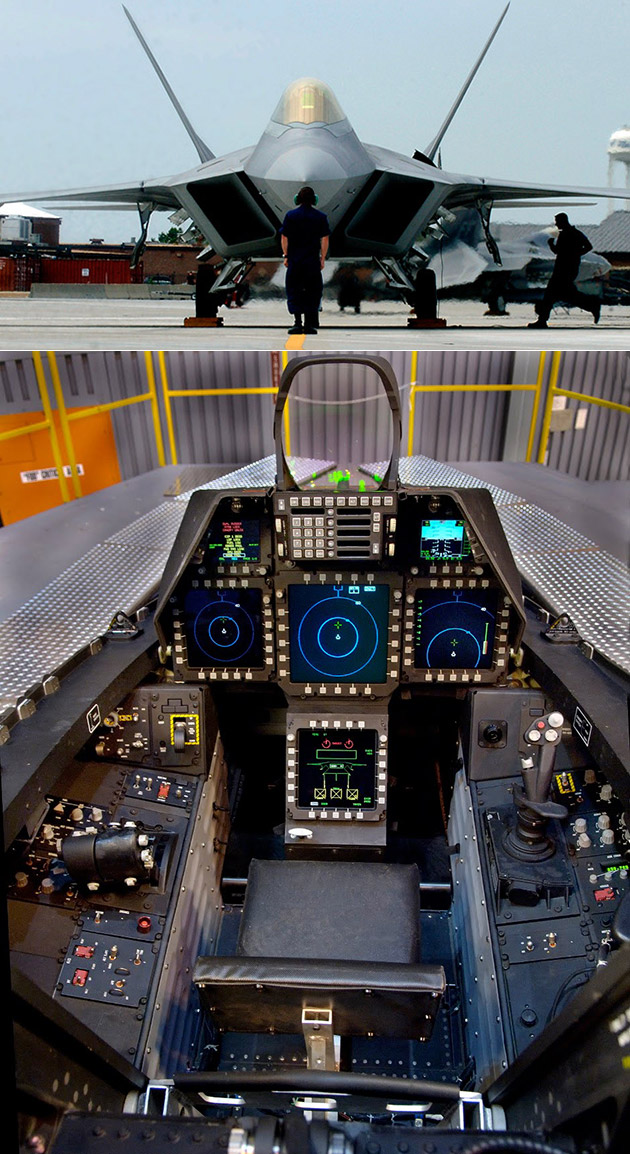 The F-22 has a glass cockpit with all-digital flight instruments. The monochrome head-up display offers a wide field of view and serves as a primary flight instrument; information is also displayed upon six color liquid-crystal display (LCD) panels. The primary flight controls are a force-sensitive side-stick controller and a pair of throttles. The USAF initially wanted to implement direct voice input (DVI) controls, but this was judged to be too technically risky and was abandoned. The canopy’s dimensions are approximately 140 inches long, 45 inches wide, and 27 inches tall (355 cm x 115 cm x 69 cm) and weighs 360 pounds. 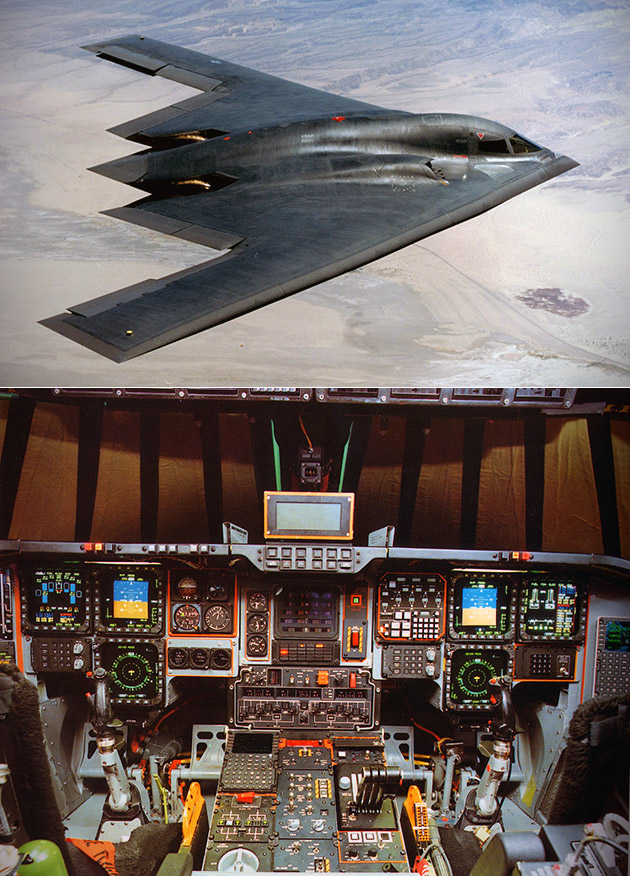 In order to address the inherent flight instability of a flying wing aircraft, the B-2 uses a complex quadruplex computer-controlled fly-by-wire flight control system, that can automatically manipulate flight surfaces and settings without direct pilot inputs in order to maintain aircraft stability. The flight computer receives information on external conditions such as the aircraft’s current air speed and angle of attack via pitot-static sensing plates, as opposed to traditional pitot tubes which would negatively affect the aircraft’s stealth capabilities. The flight actuation system incorporates both hydraulic and electrical servoactuated components, and it was designed with a high level of redundancy and fault-diagnostic capabilities. 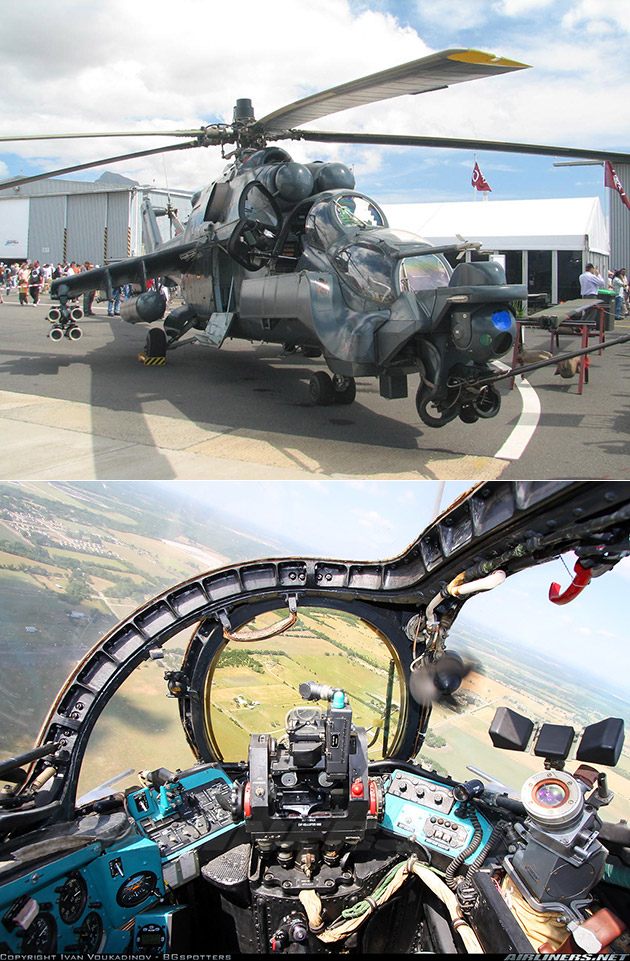 The Mil Mi-24 Hind is a large helicopter gunship, attack helicopter and low-capacity troop transport with room for eight passengers. Considerable attention was given to making the Mi-24 fast. The airframe was streamlined, and fitted with retractable tricycle undercarriage landing gear to reduce drag. At high speed, the wings provide considerable lift (up to a quarter of total lift). The main rotor was tilted 2.5° to the right from the fuselage to compensate for translating tendency at a hover. The landing gear was also tilted to the left so that the rotor would still be level when the aircraft was on the ground, making the rest of the airframe tilt to the left. The tail was also asymmetrical to give a side force at speed, thus unloading the tail rotor.

FreezerBoy Refrigerator Magnets Transforms Your Fridge Into a Game Boy