A woman from Dongguan, China, decided to climb into an x-ray machine at a train station to protect her luggage, and promptly became an internet sensation when the headline hit the news. Apparently, she was transporting a lot of money, so when staff at Dongguan East Railway Station required her bags be put through the machine for scanning, she went in as well. Continue reading for another picture and more information. 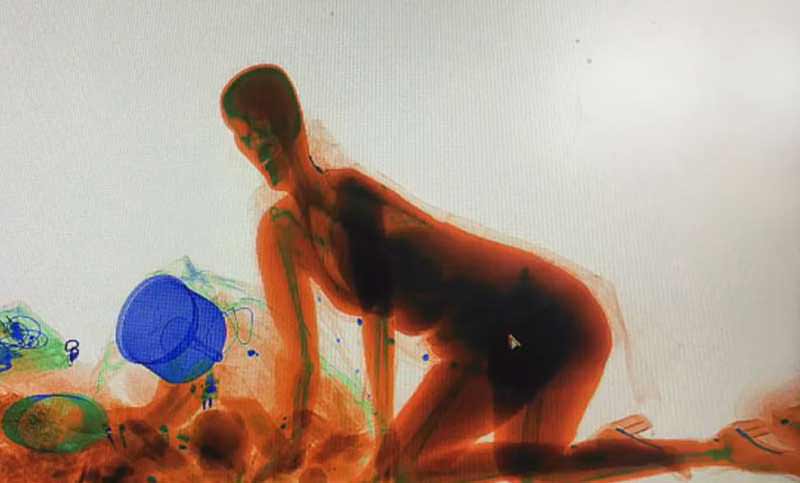 “A short Pear video gone viral on social media shows the woman speaking with security guards and then leaving the field of view only to emerge on the other side of the X-ray machine a few minutes later. She then casually got off the conveyor belt, picked up her baggage and hurried to catch her train,” reports Oddity Central.

Your Eyes Aren’t Playing Tricks, Treehotel’s “The Cabin” is a Real Place You Can Stay At