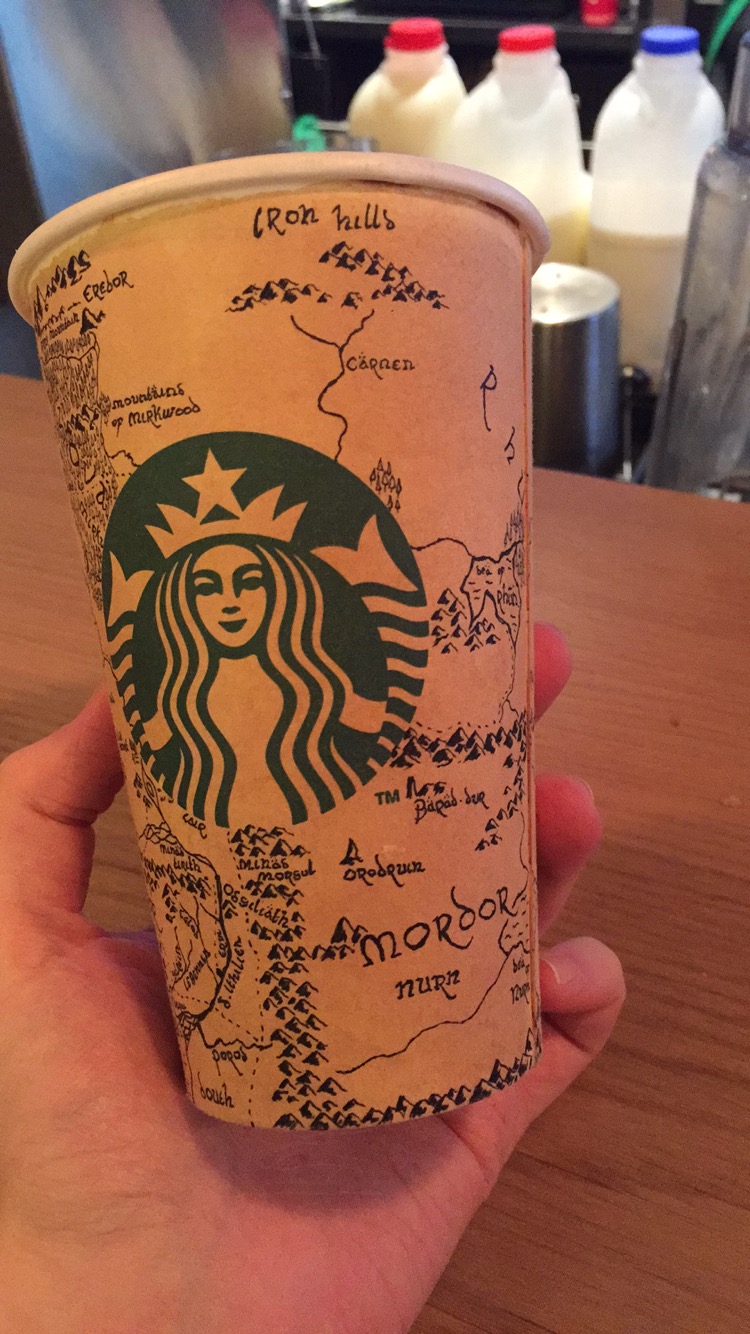 When is an old Starbucks cup not just something you throw away, when there’s a map of Middle-Earth hand-drawn on it. For those who don’t follow J. R. R. Tolkien’s fantasy writings, The Hobbit and The Lord of the Rings take place entirely in Middle-earth. It’s basically the central continent of the imagined world, not a name of the entire world. Continue reading for more pictures. 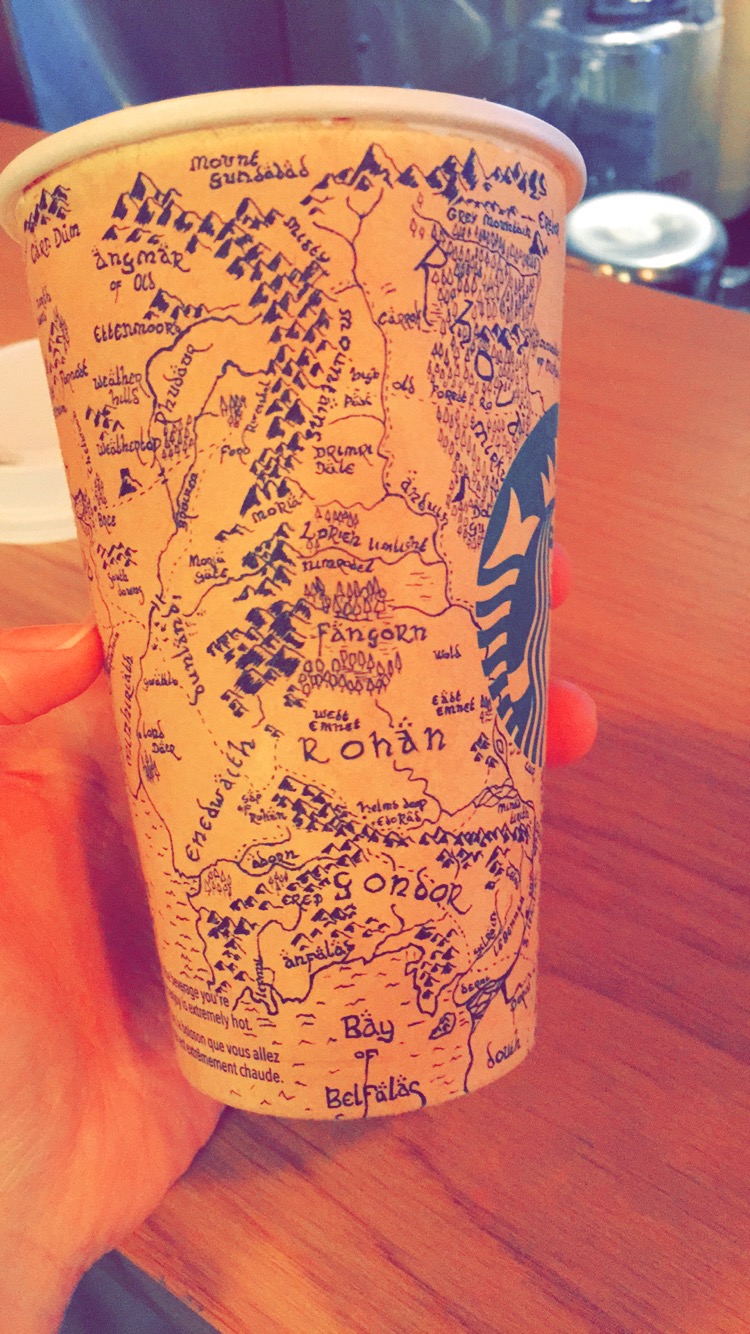 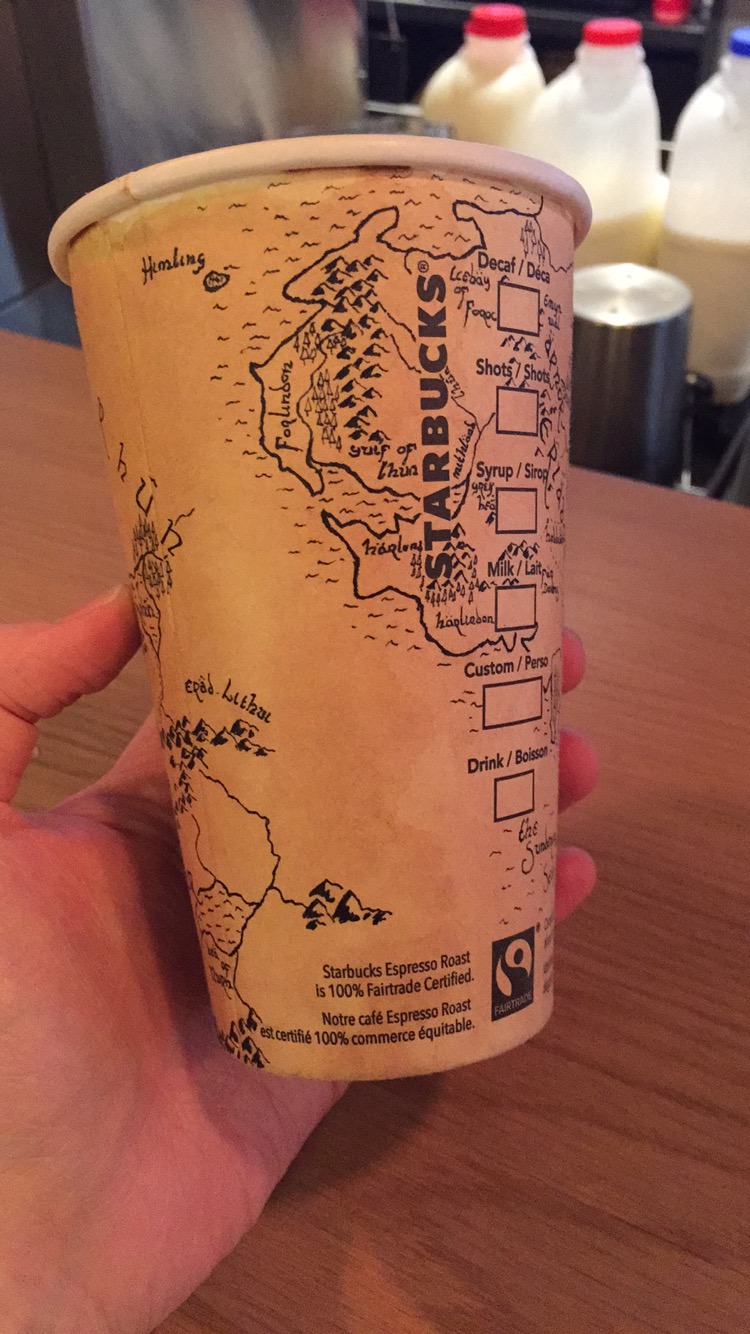 J.R.R. Tolkien wrote many times that Middle-earth is located on our Earth, and an imaginary period not only in The Lord of the Rings, but also in several letters. He put the end of the Third Age at about 6,000 years before his own time, and the environs of the Shire in what is now northwestern Europe. Tolkien’s map of Middle-earth, however, shows only a small part of the world; most of the lands of Rhun and Harad are not shown on the map, and there are also other continents.

How One Geek Trolled His Friend in 10 Complex Steps, After Losing a Bet