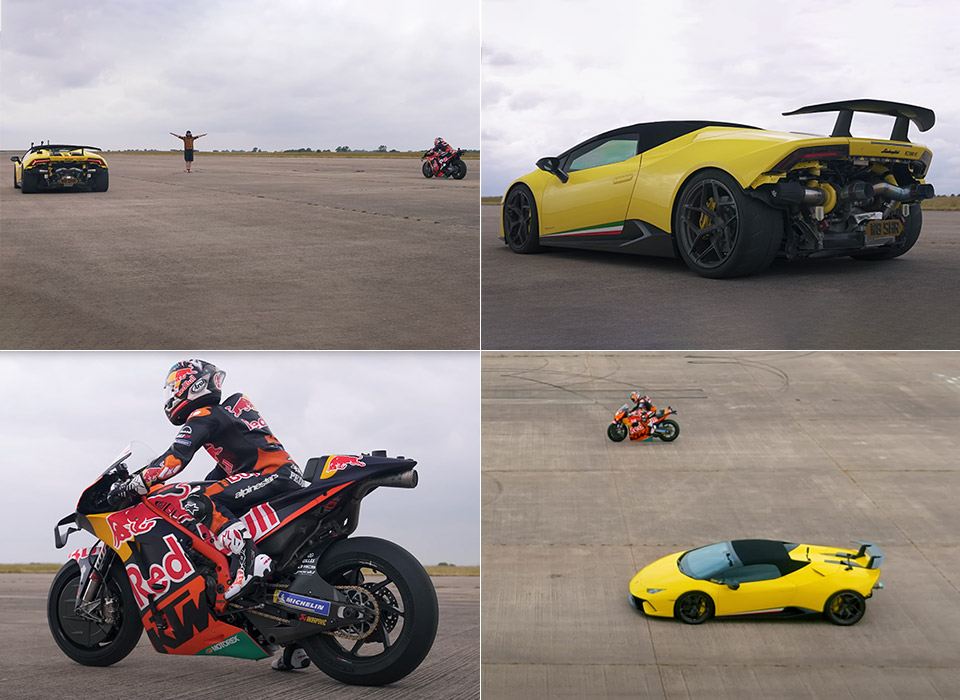 Can a heavily modified Lamborghini Huracan with a twin-turbocharged 5.2L V10 engine making 1,100 hp, paired with a seven-speed, dual-clutch gearbox sending power to all wheels defeat a Red Bull MotoGP bike in a drag race? CarWow is back yet again to find out. Compared to the Huracan’s 3,332-pounds, the MotoGP bike weighs 330-pounds, but is powered by a 1.0L V4 engine generating 270 hp.

These two speed demons face off in three quarter-mile drag races, and due to its immense power, the Lamborghini Huracan nearly always get a jump off the line. However, it takes near perfect clutch and throttle work from both drivers to seal a victory, as all races are closer than you may think. Now we’d like to see either of these vehicles race the Aston Martin Valkyrie, which is probably as close as you’ll get to a street-legal F1 car. 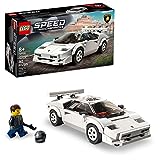