Ultra sleek and stealthy, this 1968 Dodge Super Charger concept is powered by a 426 Supercharged Crate HEMI engine that out puts 1,000 hp and 950 lb-ft of torque. The monstrous engine block is machined from aluminum and weighs 100 pounds less than the iron block equivalent, thanks to forged internals, while the stroke and bore were increased. Continue reading for another video, more pictures and information. 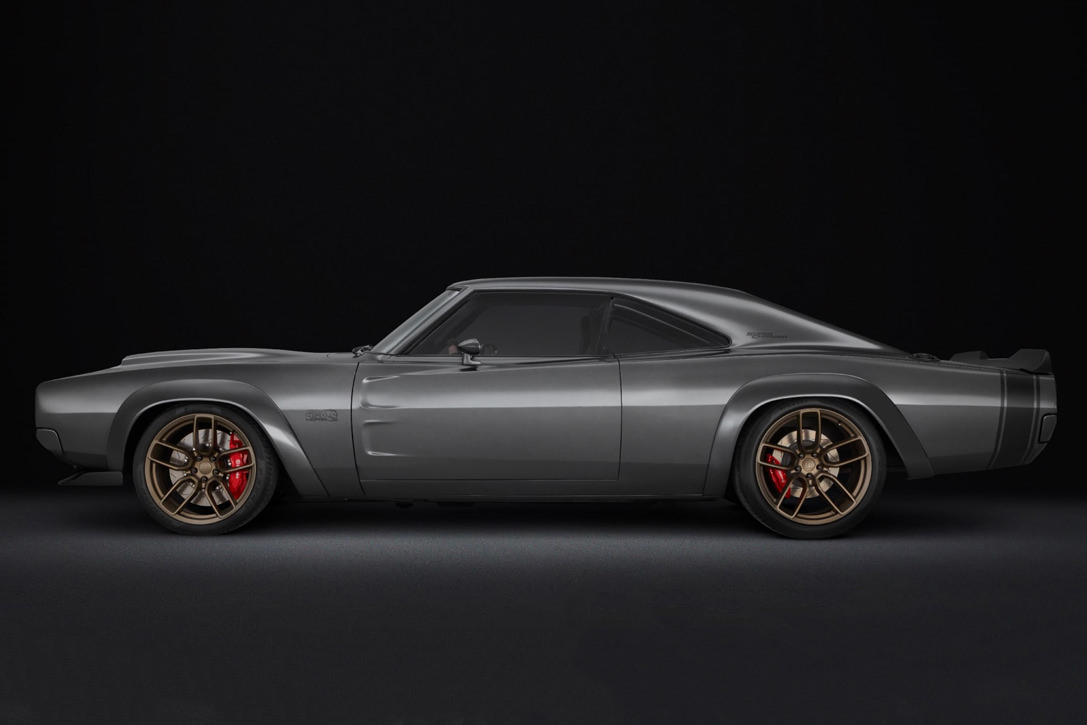 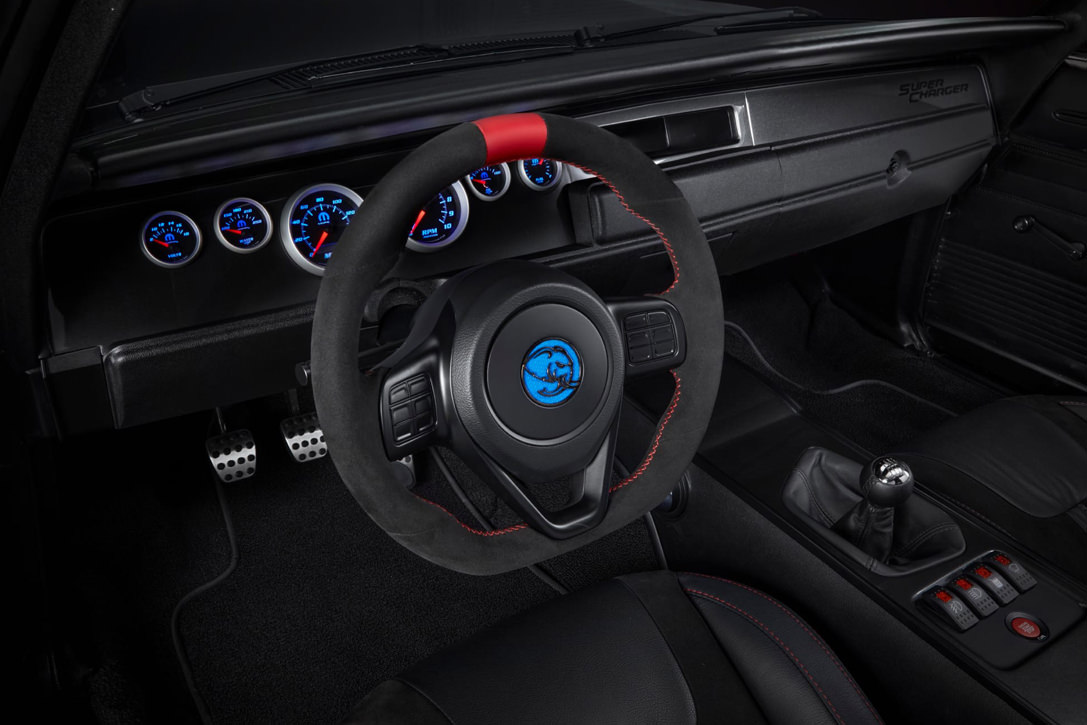 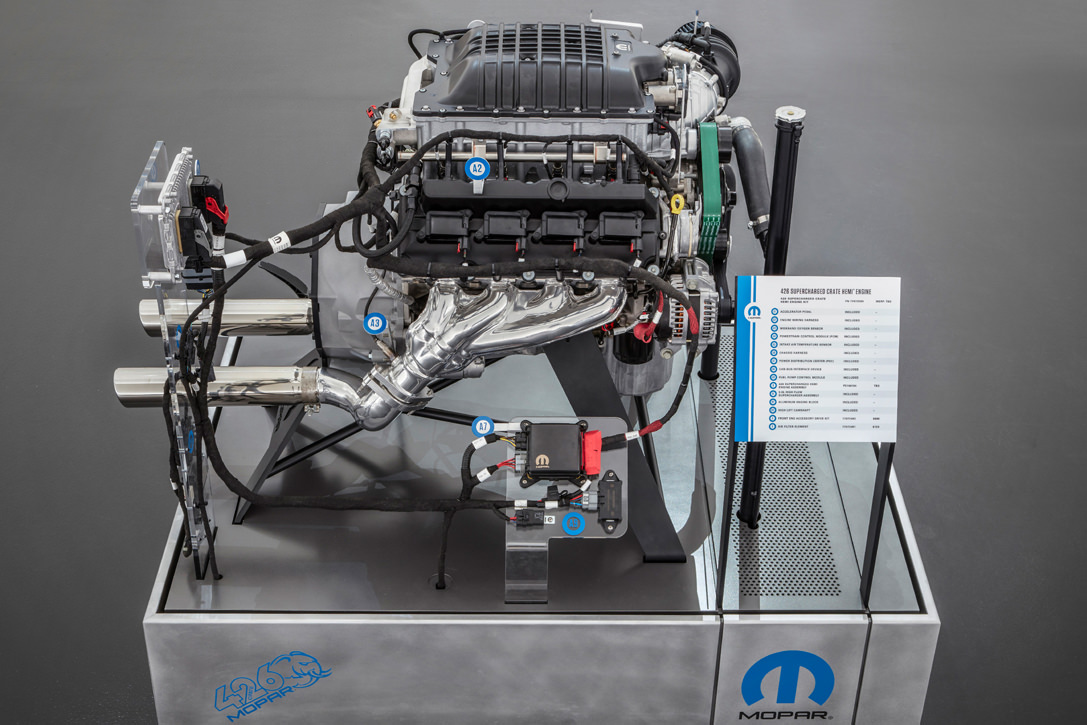 “The insane motor comes with a water pump, flywheel, front sump oil pan, supercharger throttle body, fuel injectors, and coil packs. This is the first 1,000-hp crate engine offered by an OEM and it’s constructed for pre-1976 streetcars and off-road vehicles. The curvy 1968 Dodge Charger with designer Richard Sias’ double-diamond coke bottle profile is the perfect car to house the HEMI crate.The engine kit will be available in 2019,” according to Hi Consumption.