Today marks 40-years since the eruption of Mount St. Helens shortly after 8:30 a.m. on May 18, 1980. For a period of two months preceding the event, there were over 2,800 earthquakes recorded at Mount St. Helens, which eventually caused a volcanic bulge to landslide down the mountain, reducing the its height by 1,314 feet. Read more for some video footage of the fateful event and additional information.

Many have described this as the most disastrous volcanic eruption in U.S. history, as there was an eruption column that rose 80,000-feet into the atmosphere and sent ash into 11 states as well as two Canadian provinces. Snow, ice and several entire glaciers on the volcano also melted, thus forming a series of volcanic mudslides that reached as far as the Columbia River in British Columbia, Canada. There were also less severe outbursts that continued into the next day, and the thermal energy released during the eruption was equal to 26 megatons of TNT. 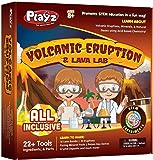 NASA Scientists May Have Discovered a Parallel Universe Next to Ours

What a Foldable Apple iPhone 12 Flip Smartphone Could Look Like