Natural phenomena refers to non-artificial events (not produced by humans) in nature, like volcanic eruptions, weather, and gravity. We’ve rounded up five mind-blowing examples for your viewing enjoyment. First up, we bring you light pillars (above) which are “created by the reflection of light from ice crystals with near horizontal parallel planar surfaces.” Continue reading to see more. 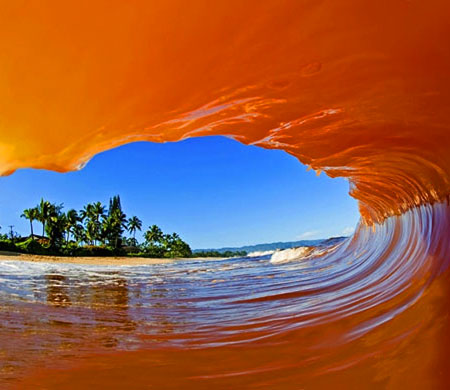 Red tide is a common name for a phenomenon also known as an algal bloom, an event in which estuarine, marine, or fresh water algae accumulate rapidly in the water column and results in discoloration of the surface water. It is usually found in coastal areas. These algae, known as phytoplankton, are single-celled protists, plant-like organisms that can form dense, visible patches near the water’s surface. Certain species of phytoplankton, dinoflagellates, contain photosynthetic pigments that vary in color from green to brown to red. 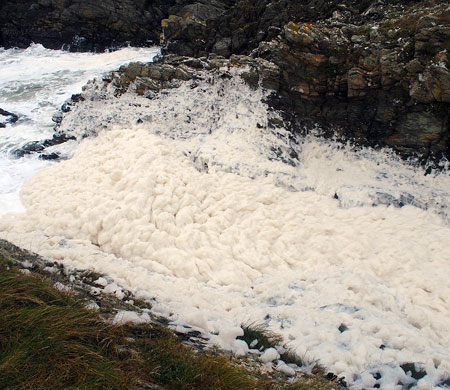 A cappuccino coast is a very rare phenomena that occurs in the ocean. The thick foam appears when salt water interacts with the decomposition products of underwater living creatures. The powerful currents of the ocean churn the water to form bubbles that look like cappuccino foam. 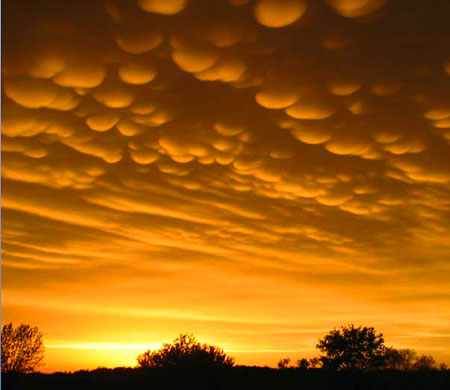 Mammatus are most often associated with the anvil cloud and also severe thunderstorms. They often extend from the base of a cumulonimbus, but may also be found under altocumulus, altostratus, stratocumulus, and cirrus clouds, as well as volcanic ash clouds. In the United States, sky gazers may be most familiar with the very distinct and more common cumulonimbus mammatus. When occurring in cumulonimbus, mammatus are often indicative of a particularly strong storm or maybe even a tornadic storm. Due to the intensely sheared environment in which mammatus form, aviators are strongly cautioned to avoid cumulonimbus with mammatus. 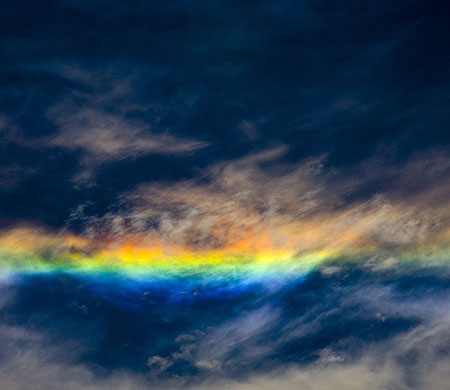 Fire rainbows are the rarest of all naturally occurring atmospheric phenomena. For a fire rainbow to occur, cirrus clouds must be 20,000 feet in the air with the precise amount of ice crystals, and the sun must hit the clouds at 58 degrees. 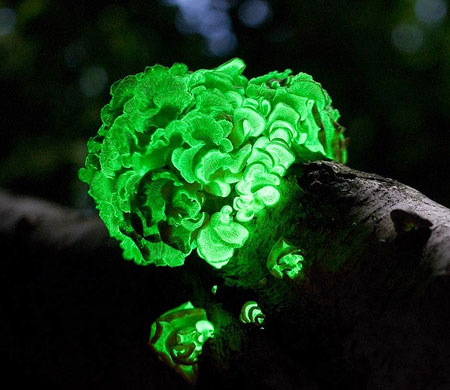 Foxfire, also sometimes referred to as “fairy fire”, is the bioluminescence created by some species of fungi present in decaying wood. The bluish green glow is attributed to luciferase, an oxidizing agent, which emits light as it reacts with luciferin. Although the purpose is unknown, it is widely believed that the light is meant to attract insects to spread its spores or act as a warning to hungry animals, similar to the bright colors exhibited by some species of animals.