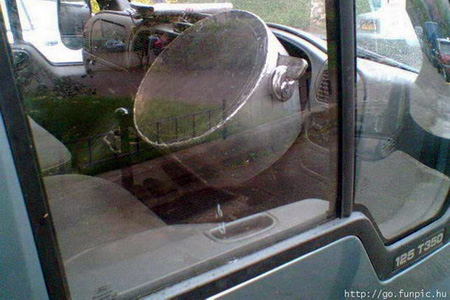 Unless the pot is made of a metal that is not of this Earth, it should be quite easy for a potential car thief to just remove and leave on the sidewalk. Or, that could be just one massive steering wheel that’s shaped like a giant steel pot. 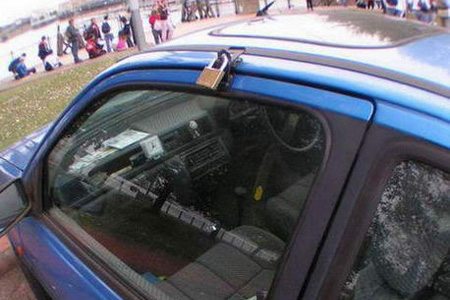 Ah, the trusty padlock, an anti-theft device that’s great for lockers, backpacks, but most certainly not for protecting a car. Especially one that has a passenger door with a missing keyhole. Fortunately, the rust is starting to eat away at the car and will continue to do so until its owner purchases a new vehicle to replace it. 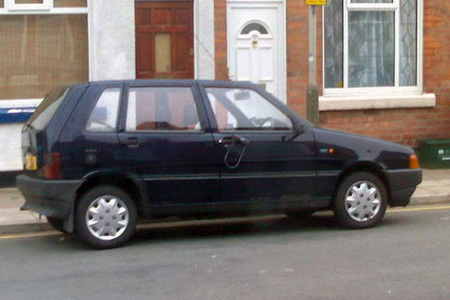 Using a bike lock to protect a coupe may seem like a good idea at first, but what’s stopping car thieves from just bypassing the two front doors altogether? Simply opening the rear doors would enable them to get into the driver’s seat, which means they could potentially just drive off with the lock still intact. 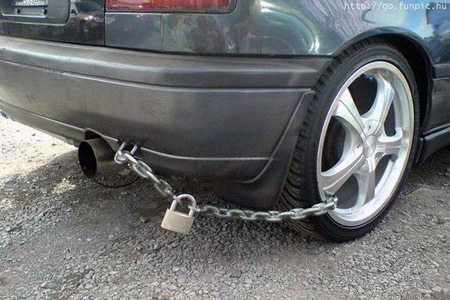 Let’s see, what’s wrong with chaining one of your wheels to a tow hook on the rear bumper? Well, for starters, just starting the car and going wide open throttle should be enough force to rip the chain apart. Or, just pick the lock and the wheel will be home free. 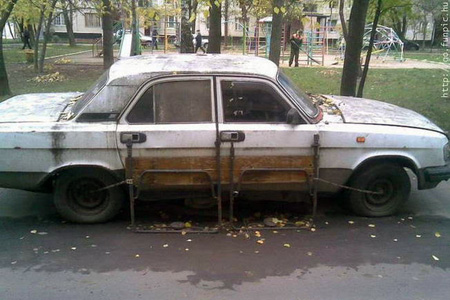 At first glance, this anti-theft device may look like a monstrosity, and on second glance, it still does. We’re not sure what exactly the steel pipes from this rusted bike rack are protecting exactly, but it does look like a pain to remove, since it’s chained to both front and rear wheels.