Put simply, a supercell may sound like a term you’d only hear in movies, but it’s actually a thunderstorm that’s characterized by the presence of a mesocyclone: a deep, persistently rotating updraft. For this reason, these storms are sometimes referred to as rotating thunderstorms. Continue reading for five fascinating things you may not have known about supercells.

5. Found Inside Other Storms 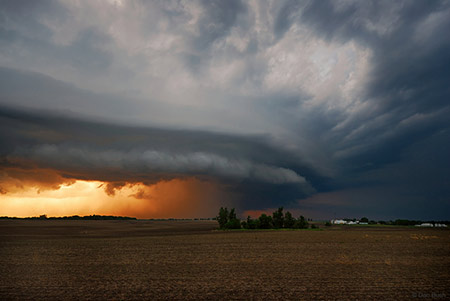 4. They Last for Hours 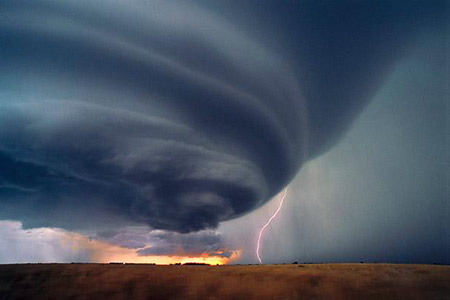 Because they can last for hours, they are known as quasi-steady-state storms. Supercells have the capability to deviate from the mean wind. If they track to the right or left of the mean wind (relative to the vertical wind shear), they are said to be “right-movers” or “left-movers,” respectively. Supercells can sometimes develop two separate updrafts with opposing rotations, which splits the storm into two supercells: one left-mover and one right-mover. 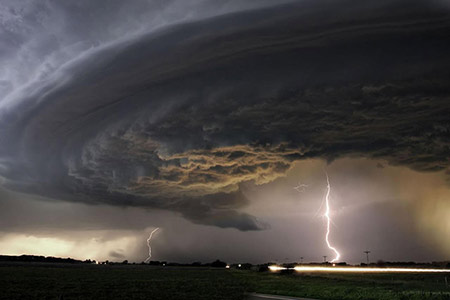 Supercells can occur anywhere in the world under the right weather conditions. To the extent that records are available, supercells are most frequent in the Great Plains of the central United States and southern Canada extending into the southeastern U.S. and northern Mexico; east-central Argentina and adjacent regions of Uruguay; Bangladesh and parts of eastern India; South Africa; and eastern Australia. 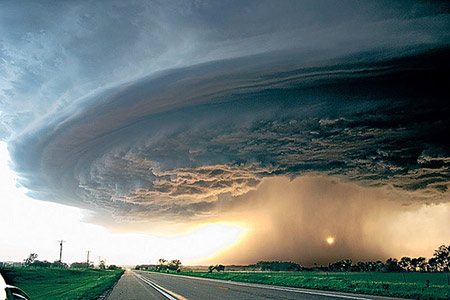 Supercells can produce large hail, damaging winds, deadly tornadoes, flooding, dangerous cloud-to-ground lightning, and heavy rain. Severe events associated with a supercell almost always occur in the area of the updraft/downdraft interface. In the Northern Hemisphere, this is most often the rear flank (southwest side) of the precipitation area in LP and classic supercells, but sometimes the leading edge (southeast side) of HP supercells.

The Tornado Alley is a region of the central United States where severe weather is common, particularly tornadoes. Supercell thunderstorms can affect this region any time of the year, but are most common in the spring. Tornado watches and warnings are frequently necessary in the spring and summer. Most places from the Great Plains to the Eastern Seaboard and north as far as the Canadian prairies, Great Lakes region, and the St. Lawrence River will experience one or more supercells each year.

SOUL Volt Wireless Bluetooth 4.0 Headphones Get 86% Reduction to $33.77, This Week Only