No, the tomatoes above weren’t Photoshopped, but rather are a new variety dubbed “Indigo Rose” – a cross-breed between red and purple tomatoes. As you can see, the fruit is jet black on the outside and purple-red on the inside. These are supposedly more rich in antioxidants than their red counterpart. They were first bred by Jim Myers, a professor at the University of Oregon, during a graduate study about the health benefits of tomatoes. When purple tomatoes were discovered to contain anthocyanin, which provides color to blueberries, he decided to cross them with some wild red ones. This eventually lead to the black strain. Continue reading for more. 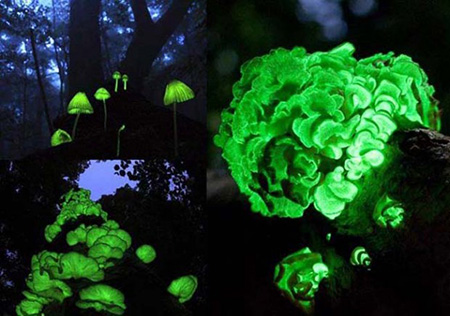 In an enchanting and mystal woodland area of Shikoku, Japan, known to locals as the “glowing forest,” mushrooms and fallen leaves emit a magical light for just a short period of time each year. We delve into the mystery of why this special place glows in the dark. 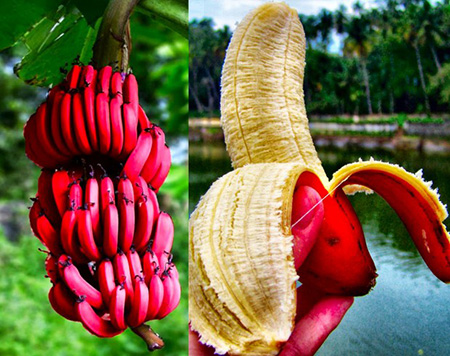 Red bananas, commonly referred to as Red Dacca bananas in Australia, are basically a variety of banana that boasts a reddish-purple skin of sorts. They’re slightly smaller and more plump than the common Cavendish banana. When they’re fully ripe, raw red bananas have a cream-pink-ish flesh.

3. Largest Flower Species in the World 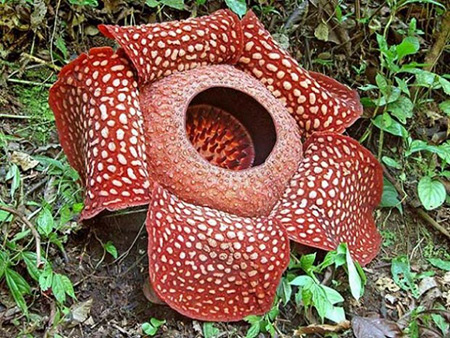 Should you ever find yourself in the rainforests of Indonesia, make sure you keep an eye out for the Rallesia. It has been observed to trow to 3-feet across and weigh in at a monstrous 15 pounds. This parasitic plant has no visible leaves, roots, or stem. When in full-bloom, this flower emits a repulsive odor, similar to that of rotting meat, which attracts insects that are used for pollination. 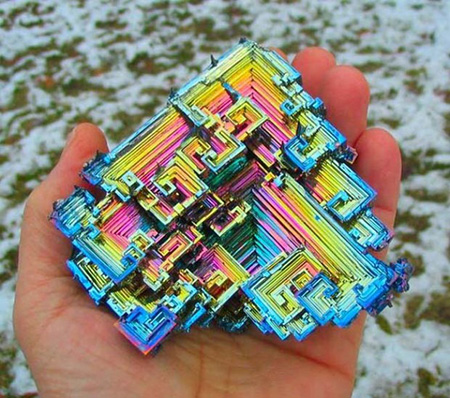 Bismuth compounds account for about half the production of bismuth. They are used in cosmetics, pigments, and a few pharmaceuticals, notably Pepto-Bismol. Bismuth’s unusual propensity to expand upon freezing is responsible for some of its uses, such as in casting of printing type. Bismuth has unusually low toxicity for a heavy metal. 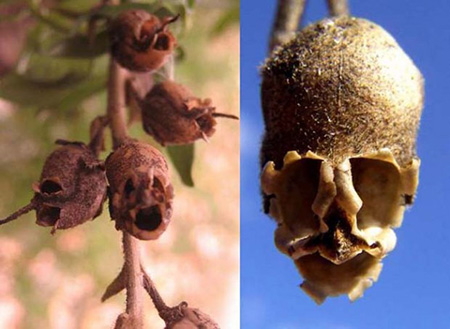 The Antirrhinum flower, commonly known as the snapdragon, has been a popular garden plant for many years. When squeezed laterally, the snapdragon will open and close it mouth. However, once the flower has died, leaving behind the seed pod, something a little more macabre appears. The dragon – just a visual metaphor after all – appears to have a skull.