The F-16 Fighting Falcon is basically a single-engine, multi-role fighter aircraft originally developed by General Dynamics for the United States Air Force (USAF). Designed as an air superiority day fighter, it evolved into a successful all-weather multirole aircraft. The Fighting Falcon has key features including a frameless bubble canopy for better visibility, side-mounted control stick to ease control while maneuvering, a seat reclined 30 degrees to reduce the effect of g-forces on the pilot, and the first use of a relaxed static stability/fly-by-wire flight control system helps to make it a nimble aircraft. Continue reading for more.

5. Designed to be Unstable 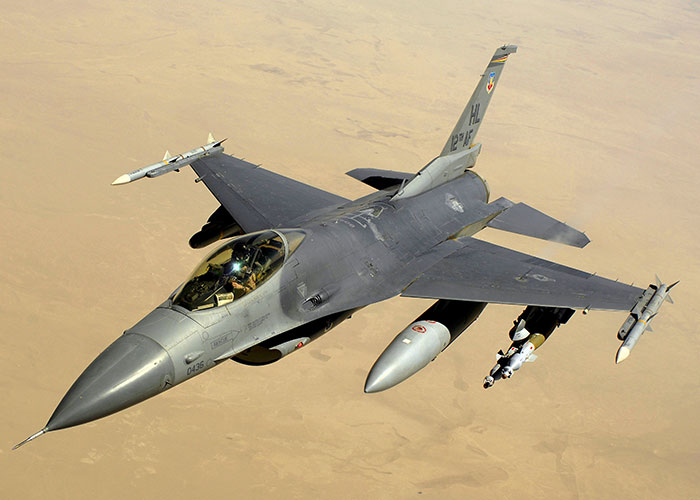 The F-16 was the first production fighter aircraft intentionally designed to be slightly aerodynamically unstable, also known as “relaxed static stability” (RSS), to improve maneuverability. Most aircraft are designed with positive static stability, which induces aircraft to return to straight and level flight attitude if the pilot releases the controls; this reduces maneuverability as the inherent stability has to be overcome. Aircraft with negative stability are designed to deviate from controlled flight and thus be more maneuverable. At supersonic speeds the F-16 gains stability (eventually positive) due to aerodynamic changes. 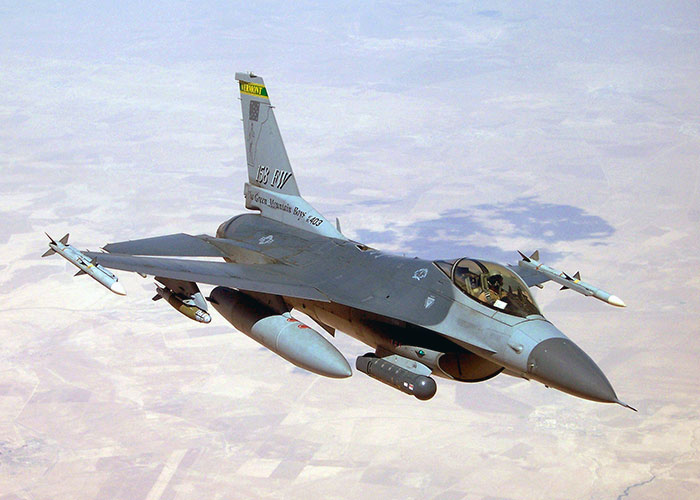 The F-16 has an internal M61 Vulcan cannon and 11 locations for mounting weapons and other mission equipment. The F-16’s official name is “Fighting Falcon”, but “Viper” is commonly used by its pilots, due to a perceived resemblance to a viper snake as well as the Battlestar Galactica Colonial Viper starfighter. 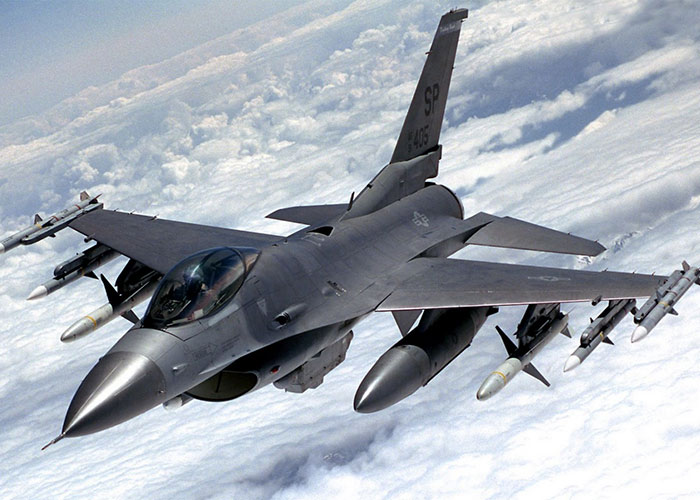 The F-16 was scheduled to remain in service with the U.S. Air Force until 2025. The planned replacement was to be the F-35A version of the Lockheed Martin F-35 Lightning II, which would gradually begin replacing a number of multi-role aircraft among the program’s member nations. However due to delays in the JSF program, all USAF F-16s will get service life extension upgrades. 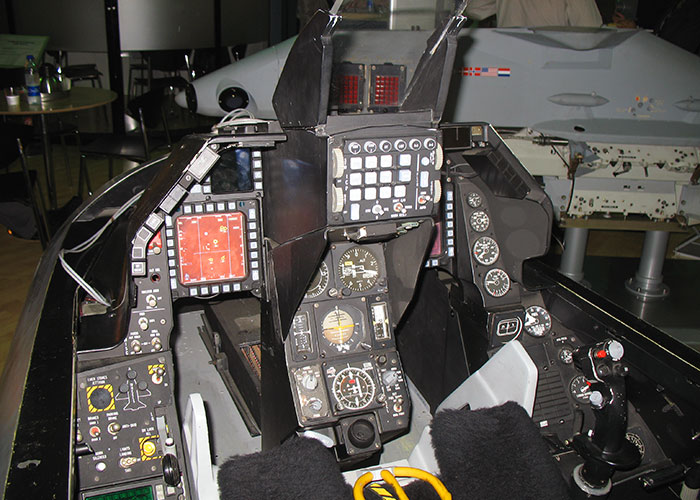 A key feature of the F-16’s cockpit is the exceptional field of view. The single-piece, bird-proof polycarbonate bubble canopy provides 360° all-round visibility, with a 40� look-down angle over the side of the aircraft, and 15° down over the nose (compared to the common 12-13° of preceding aircraft); the pilot’s seat is elevated for this purpose. Furthermore, the F-16’s canopy lacks the forward bow frame found on many fighters, which is an obstruction to a pilot’s forward vision.

The F-16 was designed to be relatively inexpensive to build and simpler to maintain than earlier-generation fighters. The airframe is built with about 80% aviation-grade aluminum alloys, 8% steel, 3% composites, and 1.5% titanium. The leading-edge flaps, stabilators, and ventral fins make use of bonded aluminium honeycomb structures and graphite epoxy lamination coatings.

Samsung’s 20.3MP NX300 Smart Camera Has AMOLED Touchscreen, Can Be Picked Up for Under $350 Shipped – Today Only