Properly trained waiters are one of the keys to success for any restaurant, and now, robots are replacing humans by providing no nonsense service in Chinese restaurants and hotels. While humans eventually tire, these robots can carry trays of food steadily to diners all-day, and perform repetitive arm motions to ‘cook’. Continue reading for five more things you may not know about China’s strange robot restaurants. 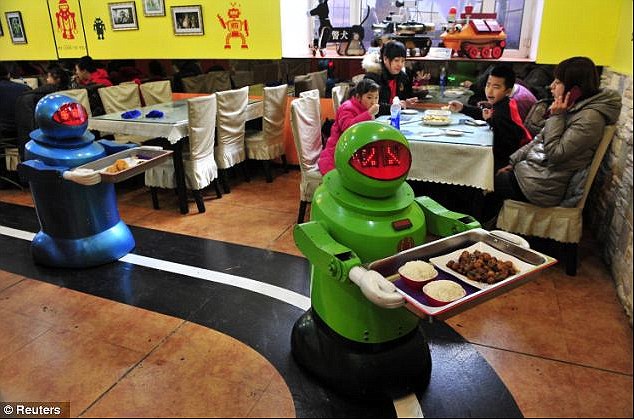 There’s a new restaurant in Jiangsu Province, China that’s staffed by 15 robots, which not only carry food to a diner’s table, but help cook it too. That’s right, they’re designed to greet customers, deliver food and help with cooking in the kitchen. Fortunately, there’s zero chance of them spitting in your food should you need to send it back.

4. The Robots Can Make Conversation 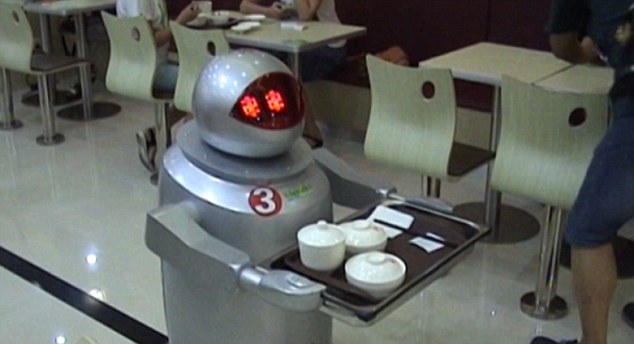 There are a few robots designed specifically for polite conversation, as well as greeting customers using 40 different phrases. Unfortunately, even machines don’t last forever (at least until we create intelligent AI robots that can repair themselves), as this energy-intensive job takes its toll on the robots, which are expected to offer between five and eight years’ service. 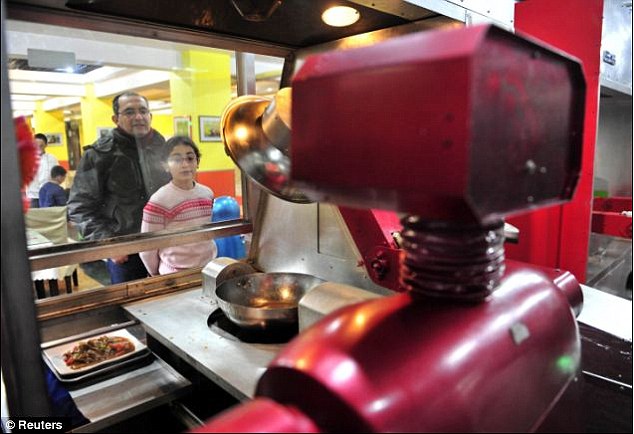 Sure, they may cost around 50,000 Yuan (approximately $8,100 or £4,843) they do not need to be paid a monthly salary or require tips, and they can work for up to eight years, as mentioned previously.

2. It’s Not the First Robot Restaurant

There’s yet another robot restaurant that opened up over a year ago in the Harbin, Heilongjiang province, that has been serving dumplings and noodles cooked by robots. When a diner walks into this restaurant, an usher robot extends its mechanical arm to the side and says ‘Earth person hello. Welcome to the Robot Restaurant.'”

Yes, The Pengheng Space Capsules Hotel in Shenzhen, also has robotic receptionists and doormen as well as mechanical waiters.Since these droids are not paid a salary, a stay at the hotel is extremely affordable, priced at the equivalent of £6.80 per night.

Nubee Non-Contact Infrared (IR) Thermometer Gets 89% Reduction to $13.88 Today Only