Have you always wanted to experience a 7.8 magnitude earthquake while dining? Then head over to the Disaster Cafe in Spain. Or, what about being served by robots? China has the Dalu Robot Restaurant. Continue reading to see more ultra weird themed restaurants from around the world. 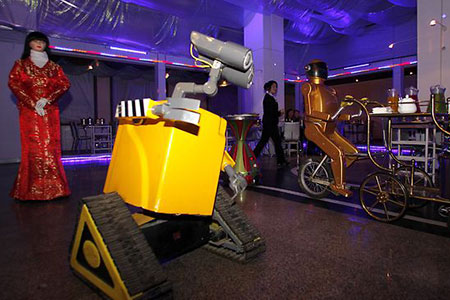 Dalu Robot Restaurant, located in the northern Shandong province of Jinan in China, is the first of its kind in the country. The wait staff consists of more than a dozen robots that move around the restaurant on a conveyer belt-like system, similar to Wall-E. Each robot has a separate function, ranging from servers to entertainers and receptionists. Motion sensors enable the robots to stop when guests require service. 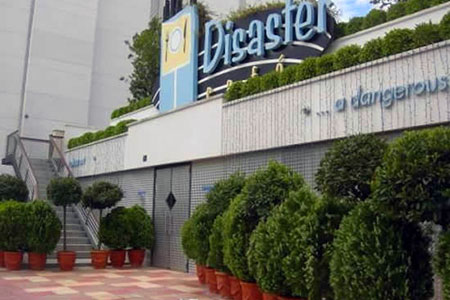 You’d think that a 7.8 magnitude earthquake would spoil any meal, but that’s not the case in Spain’s Disaster Cafe. Simply put, guests take an elevator to a level beneath the ground where they’re seated in a cave-like space. To up the suspense, the earthquake happens at random times. Fortunately, the staff uses ultra heavy plates to keep the food grounded, but drinks on the other hand, often spill. 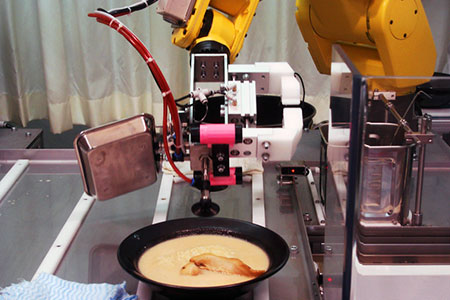 If your idea of a hot and tasty meal consists of robots, then Fa-Men is the place to go. The theme here is industrial robotic arms, and they’re used to serve ramen. According to one visitor, “Fa-Men sits on the second floor of a nondescript, slightly aging shopping arcade (‘Ameyoko 2!’) approximately 15 minutes and a one subway transfer out from JR Nagoya Station (in case anyone is primed for a visit).” 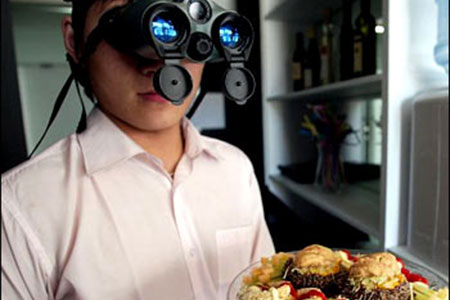 Yes, your meal is actually served in a pitch black room. However, the wait staff at Dark in China are required to wear night vision goggles so your food doesn’t end up on the floor before reaching the table. This “concept has been subsequently replicated elsewhere, including Paris, Berlin, London and multiple cities in Canada, United States, Russia and Australia.” 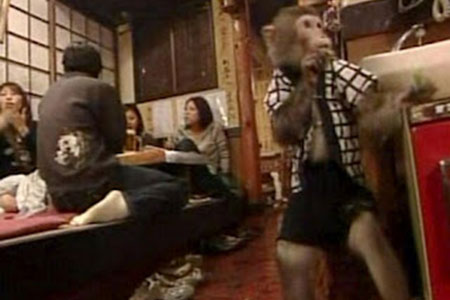 Kayabukiya Tavern, a traditional ‘sake house’ north of Tokyo, is probably the only place where monkey business is actually allowed, and that’s because the establishment actually employs real monkeys. On the bright side, the monkeys only work in 2-hour shifts due to Japanese animal rights regulations. However, “the owner is hoping to bring up the next generation of monkey waiters, and is already training three baby monkeys to work as waiter.”

Hylian Creed: When The Legend of Zelda Meets Assassin’s Creed

What the Milky Way and Andromedia Galaxy Collision Will Look Like