Photo credit: Daegan Miller | UMass
There’s LiFi that uses light rather than radio frequencies, and then 6G wireless technology, which opens the door to Visible Light Communication (VLC). This essentially a wireless version of fiberoptics, utilizing flashes of light to transmit information. University of Massachusetts Amherst researchers have developed a low-cost, innovative way to harvest the waste energy from VLC by using the human body as an antenna.

Human waste energy can then be recycled to power various wearable devices, or in the future, larger electronics such as laptops and smartphones. The team first had to create an antenna using coiled copper wire to collect the leaked RF and discovered that the human body is the best medium for amplifying its ability to collect this energy, or up to 10-times more than the bare coil alone. In the end, they settled on a ‘Bracelet+’, which is basically a simple coil of copper wire that you wear as a bracelet on the upper forearm. 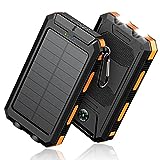 The design is cheap—less than fifty cents. But Bracelet+ can reach up to micro-watts, enough to support many sensors such as on-body health monitoring sensors that require little power to work owing to their low sampling frequency and long sleep-mode duration. Ultimately, we want to be able to harvest waste energy from all sorts of sources in order to power future technology,” said Jie Xiong, professor of information and computer sciences at UMass Amherst and the paper’s senior author.