Fairchild Republic’s A-10 Thunderbolt II, a single-seat, twin turbofan engine, straight wing jet aircraft, may have entered service for the United States Air Force (USAF) in 1976, but it remains one of the most durable yet to this day. In addition to being able to survive direct hits from armor-piercing and high-explosive projectiles up to 23 mm, it boasts double-redundant hydraulic flight systems, and a mechanical system as a back up if hydraulics are lost. Read more for two videos and additional information.

When flying without hydraulic power, a manual reversion control system is used, pitch / yaw control engages automatically, and roll control is pilot-selected. It’s designed to be able to fly with one engine, half of the tail, one elevator, and half of a wing missing. The cockpit and parts of the flight-control systems are protected by 1,200-pounds of titanium aircraft armor, thus some referring to it as a “bathtub 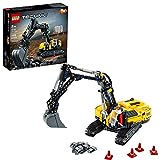 
The cockpit armor has been tested to withstand strikes from 23 mm cannon fire and some strikes from 57 mm rounds, consisting of titanium plates with thicknesses varying from 0.5 to 1.5 inches determined by a study of likely trajectories as well as deflection angles. That’s not all, all interior surfaces of the tub directly exposed to the pilot is covered by a multi-layer nylon spall shield to protect against shell fragmentation, while the front windscreen and canopy are resistant to small arms fire.